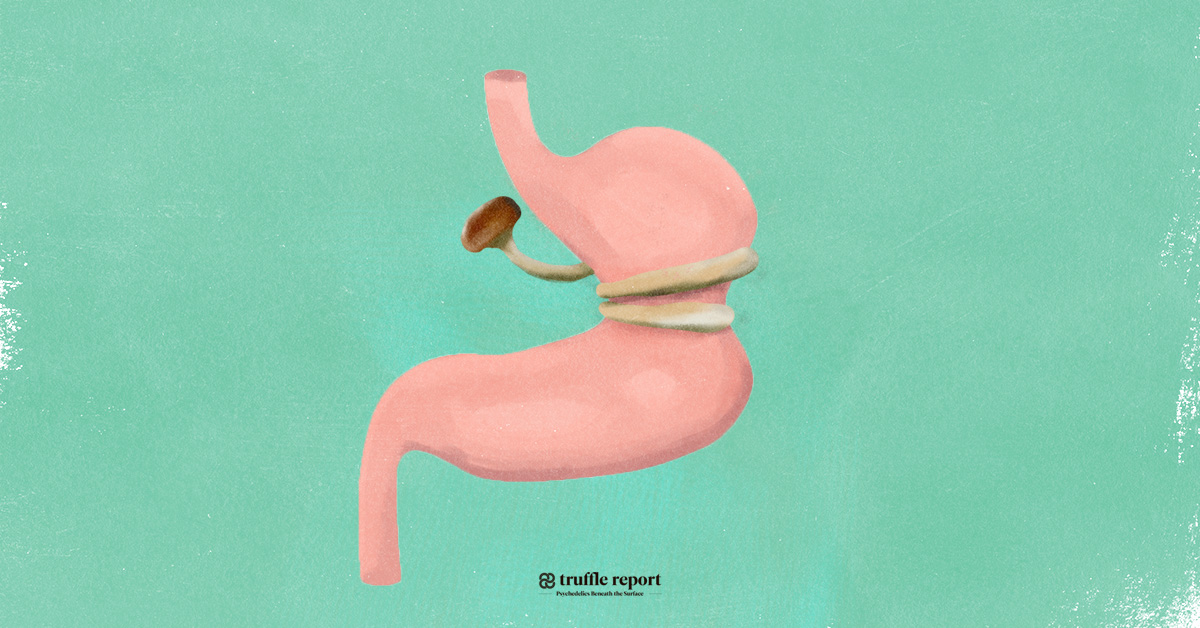 The journey to medicalized psilocybin is well and truly underway, and a healthy ecosystem of drug developers is forming to investigate clinical pathways. There is no shortage of larger players taking shape to pursue the more obvious indications such as depression and anxiety, but the potential of the substance doesn’t end there. Truffle Report reached out to Rob Tessarolo and Dr. Clive Ward-Able, respectively the President and CEO, and the Scientific and Medical Affairs Consultant at NeonMind Biosciences, to discuss the possibility of other indications further down the road, and what they’ll be doing to bring currently available treatments to market in the meantime.

NeonMind has a novel approach, and has its sights set on a long term target of treating obesity with high doses of psilocybin, coupled with behavioural psychotherapy and lifestyle alterations. There’s no doubt that it’s an indication with a substantial market share, and they’re anticipating a proof of concept study early next year, following meetings with the FDA and Health Canada.

“We’re looking at developing psilocybin with an eye to getting in front of the regulators with a new drug application,” says Tessarolo. “We have a very interesting research idea looking at a psilocybin program for chronic weight management in the obese population. It’s important to look at the growing body of evidence out there from institutions like Imperial College London, NYU, and Johns Hopkins University in Maryland, where they are showing very interesting results. Really the magnitude and effects are striking, albeit in indications that are more focused in the psychiatry realm. I’ll throw it over to Clive to comment from a medical perspective.”

“One of the things that we know is that there’s a lot of overlap with a number of psychological factors that serve as triggers,” says Ward-Able, “for what we call an inappropriate or negative behavior. For example, if a patient is not managing their weight well, either through a poor diet or not exercising well enough, there’s a lot of factors that overlap with that. There’s been some signals from other studies which were not designed to look at diet or exercise, but when interviewed a large percentage of participants said that they had an improved diet and they had improved exercise. Now we’re also going to think about this. Part of the treatment will be  psychotherapy, which is currently being used for the treatment of obesity. It could be better, and that’s where we think this is possibly the way to do it because psychedelics can actually address those triggers that might be causing the behavior that we want to change.”

While they have an undeniable mental health component, physical conditions such as obesity are an overall outlier in psychedelic research at the moment — though the idea of chronic pain treatments also seems to be gaining traction. We’ve previously seen examples of this both clinically in the private sector, and anecdotally as users with persistent and difficult-to-treat conditions look to self-medicate by any means possible.

Tessarolo explains that psilocybin in obesity treatments will be, largely, about a cognitive reset, coupled with the kind of therapy and lifestyle-alteration practices that make these changes sustainable. “We know that psilocybin works across a broad spectrum of receptors in the brain,” he says. “Specifically, there are the 5-HT2A receptors, which are implicated in hallucinogenic experiences, and the 5-HT2C receptors which are involved in appetite control. Those are two factors that have us evaluating psilocybin in this patient population. The way it’s been described to me, when we speak to our obesity experts, is that at times people who struggle with obesity are able to lose massive amounts of body weight, but it’s difficult for them to keep it off. One of our obesity experts says that if you’ve lost 150 pounds, you won’t know how to do the regular things that are a part of your day-to-day life, whether that’s hugging your kids, making your daily commute to work on public transit, or being intimate with your spouse, and you’d be in this new state of healthiness, but you’re not comfortable there.”

An Altered Sense of Self

“When you think about what we are seeing in this growing body of evidence with psychedelic substances with wraparound psychotherapy, you’re seeing this reset of the default mode network, and patients reporting an altered sense of self and a renewed sense of well-being,” he continues. “Our experts say that’s exactly why this has a likelihood of being successful in helping those obese patients manage their weight chronically.”

“I’ll just add one little bit outside of obesity, or depression or PTSD,” comments Ward-Able, “and that’s on this general sense of well being that people feel after they’ve gone through a psilocybin assisted psychotherapy. . As a physician I think that is so important to people, this improved quality of life. This is the life that they’re living in, and that doesn’t mean to say they’re tripping or anything, they just feel much better about themselves and their environment and their interactions with other people. And I think that’s the part that’s going to help establish and maintain that changed behavior that is being  instilled in them.”

Like the rest of the sector, NeonMind’s program is still in its early days. Years will be required to complete the research and ensure the viability of treatment protocols under proper regulatory scrutiny. Nonetheless, we ought to start asking what exactly the industry will look like, and what form a commercial application will take.

“I’m glad you asked that question,” says Tessarolo, “because I think there’s an awful lot of different views on what the psychedelic sector is. Some people refer to it as a new industry, some refer to it as cannabis 2.0, but the way we look at this is as a biotech company. Our program is a biotech program, we’re looking at risk, doing drug development with a psychedelic substance that will ultimately become an FDA or Health Canada approved medicine. So you have this program with a great deal of potential which will advance slowly over the next five years until we get in front of a regulator and hopefully get approval, and then go to market as an approved medication.”

“On the other hand, we’ve had some early analysis on what the psychedelic modalities will require. We believe that ultimately, there will be multiple psychedelic substances approved for multiple indications. All of those programs are going to require a specialized setting in which those modalities can be delivered. We envision that there will be a whole industry needed, and that’s why we’re standing up specialized interventional psychiatric clinics for mental health disorders today. We’re not just chasing the obesity market. Remember most psychedelic programs are in development for at least five years, maybe three to six years away from being approved, so there’s no real sense in standing up a clinic that can’t deliver care today.. So, NeonMind branded clinics will ultimately be able to deliver what’s available to us, modalities such as IV ketamine, intranasal esketamine, and transcranial magnetic stimulation. These interventional psychiatric treatments are approved today, and that’s what our clinics will stand up and deliver. We expect to announce the first location in Canada by the end of the year.”