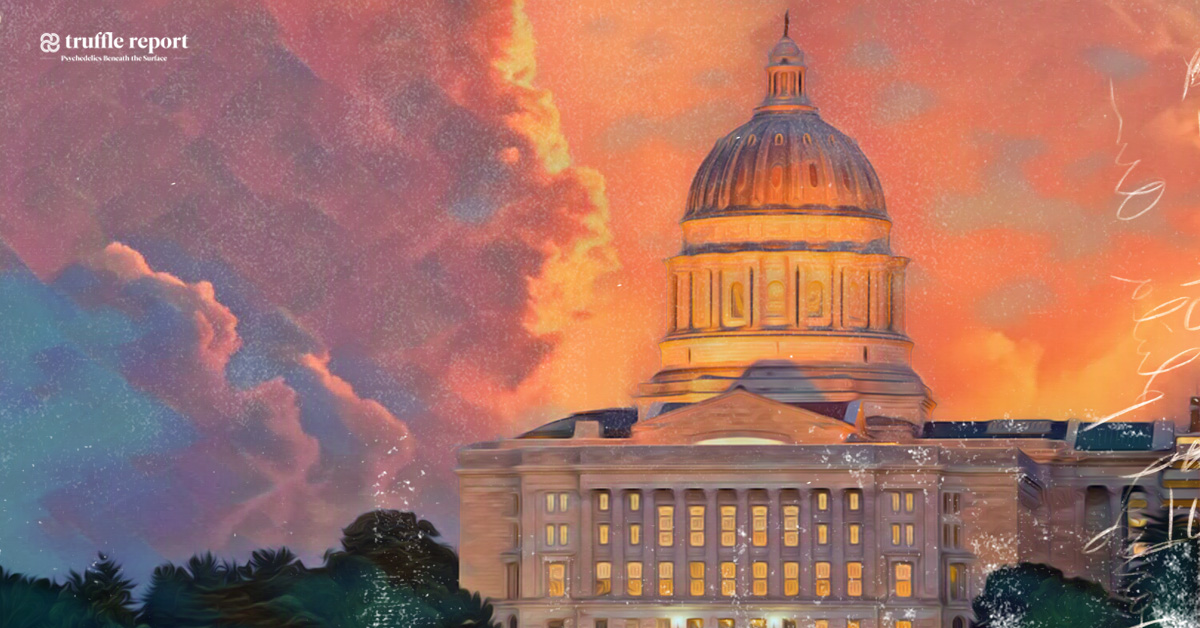 Missouri Lawmaker Pushes to Reduce Penalties on Psychedelics, Other Drugs

A Missouri lawmaker is seeking to decriminalize the possession of cannabis and psychedelic drugs including MDMA, LSD, psilocybin, as well as other controlled substances.

Bill HB 2469, introduced in the state House of Representatives by Rep. Peter Merideth (D), proposes to make possession of small amounts of the aforementioned substances a class D misdemeanor, punishable by a fine of $100, or “participation in a treatment program approved by the court, or both.”

Under this bill, an individual could possess “not more than” ten grams of marijuana, one gram of heroin, one gram of MDMA, two grams of methamphetamine, twelve grams of psilocybin, or two grams of cocaine, forty units of LSD, and forty pills of 16 oxycodone.

Possession of these restricted substances is currently a class D felony, punishable by up to seven years in jail time and up to a $10,000 fine.

Moreover, an individual found in possession of certain drugs above the mentioned amount will be charged with a class A misdemeanour.

This latest bill comes a week after a different Missouri lawmaker initiated a seperate bill in an effort to expand the existing right-to-try law to allow access to psychedelic substances including psilocybin, LSD ibogaine, DMT, and MDMA.

Rep. Michael Davis ( R), the sponsor of the bill which was introduced on January 13, said in a press release that, “There is emerging interest and significant clinical research supporting the safety and efficacy of psychedelic drugs for PTSD, traumatic injury therapy and numerous other conditions.”

He added that, “Because the [U.S. Food and Drug Administration] has not taken action to reschedule these drugs and make them generally available, I am working to make these drugs available through Missouri’s investigational drug access statute.”

Rep. Davis had previously filed a similar bill in February 2021, seeking to allow palliative patients access to controlled substances for their end-of-life distress.

Elsewhere in the U.S., state lawmakers are gradually stepping forward to propose similar bills aimed at ending the opioid-overdose crisis, treating mental health conditions, and preventing the over-incarceration of racial minorities throughout the country. Utah and Virginia recently joined the growing list of states with representatives advocating for psychedelic drug policy reform.