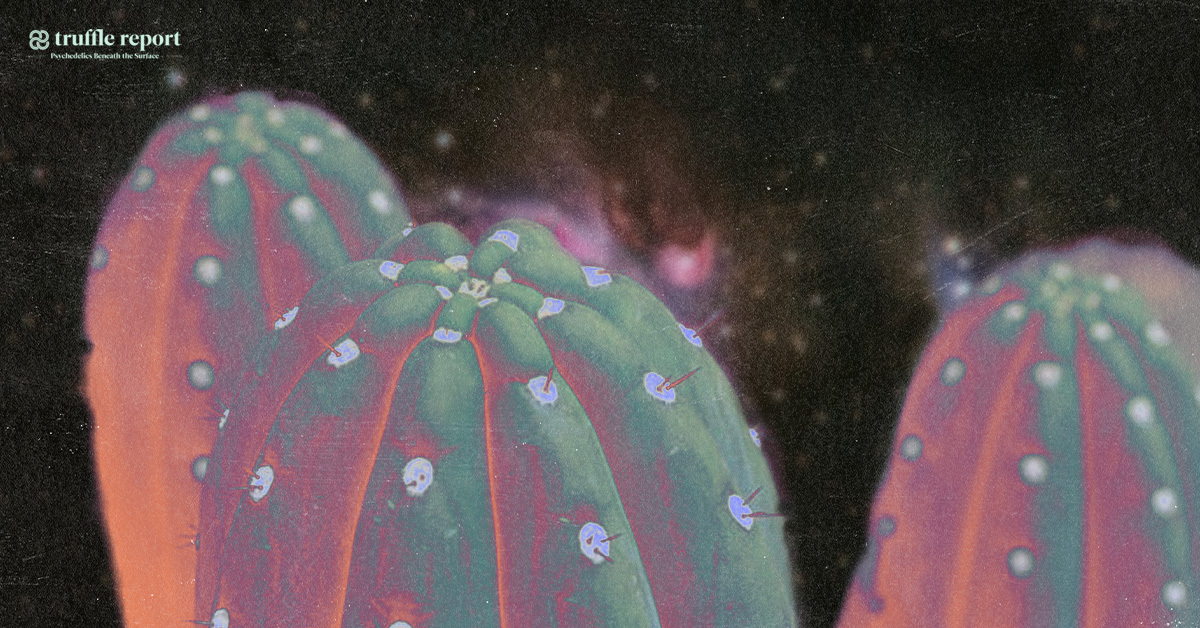 Microdosing has soared in popularity in the last few years. Whether through consuming cannabis, LSD, or psilocybin, many publications and prominent figures are claiming benefits from the practice. While LSD and psilocybin are often the most commonly used substances for microdosing, mescaline, the active compound found in San Pedro and Peyote is also gaining some much-deserved attention from psychedelic connoiseurs.

Though it is not as prevalent today, mescaline was the first psychedelic to enter mainstream Western culture. Recently, this ancient natural compound has shown promise in medicine and psychiatry as an effective treatment for depression and addiction.

Many people who routinely microdose mescaline report higher levels of creativity, more energy, increased focus, improved interpersonal skills, and reduced symptoms of depression. Some even report that microdosing mescaline, and San Pedro specifically, has helped them become more conscious of their lives and actions, heightening their spiritual awareness.

How to Microdose San Pedro: Methods and Dosage

Mescaline is available in many different forms, including raw or dried cactus preparations and extracted mescaline salts. While every form of mescaline has its own recommended dosage, an effective microdose of San Pedro will usually fall anywhere between 10 to 30 mg.

Mescaline salts are often hard to find, usually appearing as crystals or a fine powder, but they can also come as a white waxy substance. They can be combined with juice or be put inside capsules to avoid the distinctive bitter taste that San Pedro is known for. The recommended dosage for microdosing mescaline salts starts at 10 mg.

Dried cactus is the more common form of San Pedro, and has a long shelf life. The core of the cactus is removed, then the cactus flesh is stripped and dried. The strips are usually ground into powder. When stored properly, San Pedro powder can last indefinitely. Just like with salts, this powder can be mixed with a sweet substance or put into capsules. The recommended beginning microdosage of San Pedro powder ranges from 3-10 mg.

Another method of consuming San Pedro is the traditional brew known as Huachuma in the Andean region of Latin America. The concentration of the brew can vary so dramatically that a suggested microdose can be anywhere from 1 ml to 30 ml.

Microdosing routines should be adapted on a case-by-case basis The suggested dosing schedule for San Pedro is 5-6 days a week followed by a rest of 1-2 days to allow the body to process and acclimatize. Breaks in the dosing regimen are necessary when microdosing San Pedro. The ideal duration of a break in the routine is approximately one month every 3-4 months. These are essential for the body to adjust to the medicine and also to observe its effects and changes.

What To Expect When Microdosing San Pedro

Mescaline stimulates the serotonin and dopamine receptors in the brain. Consuming it increases the amount of dopamine available for nerve cells, which can produce an intensely emotional and euphoric response in those ingesting San Pedro. Microdosing San Pedro shouldn’t produce any hallucinations, but rather an overall sense of wellness and effects that are less intense and obvious.

The neurotransmitters that mescaline activates affect how people feel and process information, which can have many positive effects on a personal level. Because of mescaline’s interactions with serotonin, microdosing could reduce anxiety and depression. Most psychedelics share a similar structure to serotonin and mimic its effects, which is why they can produce a  sensation of well-being when microdosed.

What are the Benefits of Microdosing San Pedro?

There are many potential benefits to microdosing San Pedro. For example, some users find it more consistent and reliable than other psychedelics such as LSD or psilocybin. Mescaline also has a significantly longer history of use which applies to microdosing. Native American tribes have long used small doses of peyote to be more active and alert.

Recently, people experimenting with mescaline are reporting a very wide range of benefits that include personal insights, increased creativity, increased empathy, positive lifestyle changes, and even lucid dreaming. Some even find it useful for treating depression, as mescaline can provide a sense of peace and calm without the negative effects of traditional antidepressant medication like selective serotonin reuptake inhibitors (SSRIs).

Microdosing San Pedro may also have stimulant effects. It can sharpen the senses, enhance focus, and increase energy but also provide physical endurance for sports or manual labour. Overall, most of the benefits are related to mental health and clarity, as it tends to be associated with reduction of anxiety levels and the significant  improvement of interpersonal and intrapersonal skills.

Are There Any Risks?

Mescaline and mescaline-containing cacti are among the safest psychedelics. However, like any other substance it does have some potential risks and contraindications. People with high blood pressure or heart problems should avoid taking mescaline in general because it can affect vasoconstriction and doesn’t interact well with blood pressure medication. Keep in mind that while there is no specific data regarding microdosing, mescaline in larger doses does not mix well with alcohol or with stimulants.

Individuals should always start with the lowest recommended dose and work their way up. Microdosing San Pedro is a practice, not yet an exact science, and it requires patience and observation in order to reach the ideal dose and regimen for each personal case. Finally, users should know that while growing San Pedro for ornamental purposes is legal in most countries, mescaline itself is illegal in many places including the United States (with few exceptions), the UK, Canada, and many European countries.