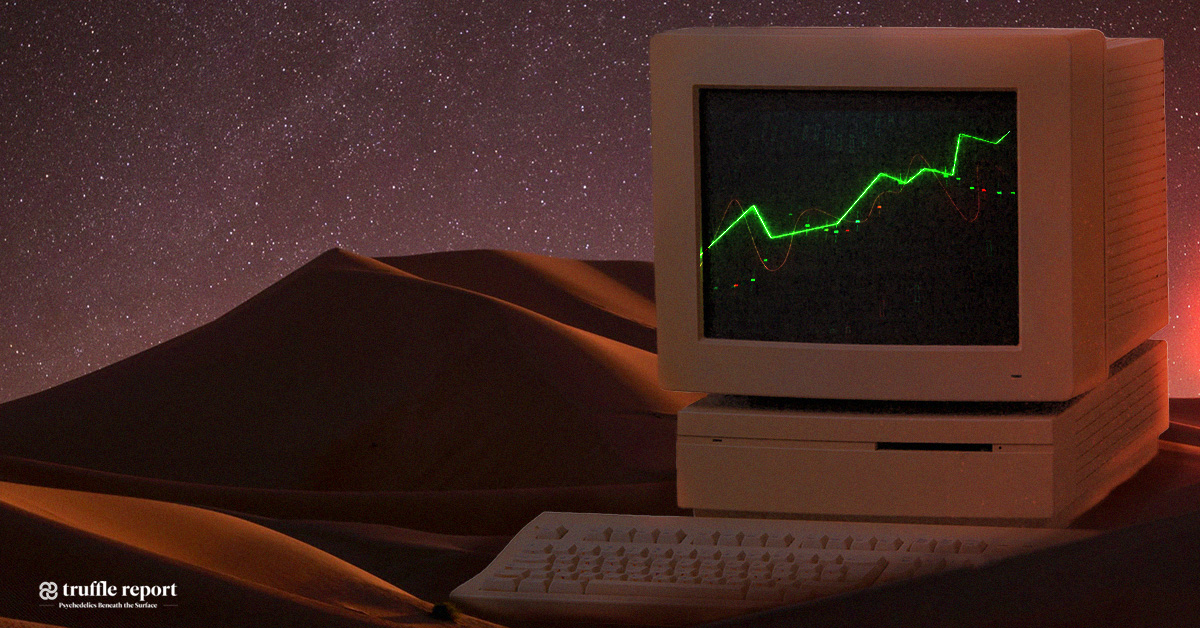 Microdose’s latest virtual Psychedelic Capital event took place on October 28. Produced by Microdose, the conference has brought together leaders in the psychedelics space to share their insights on current industry developments and new opportunities. Hosts Patrick Moher, CEO of Microdose, and Richard Skaife of the Conscious Fund started the event by reminding attendees of the upcoming Wonderland Miami event on November 8-9, and with a brief recap of psychedelic market updates in October.

Skaife went on to congratulate Small Pharma on receiving fast-track designation in the U.K. for DMT-assisted therapy for major depressive disorder. The company recently completed a clinical trial of its lead novel drug candidate, a proprietary intravenous formulation of DMT, in combination with supportive psychotherapy. Small Pharma’s Innovation Passport Designation for SPL026 provides access to the Innovative Licensing and Access Pathway (ILAP). The ILAP aims to accelerate the time to market, facilitating patient access to novel and emerging treatments.

“Similar to the FDA’s fast-track in the United States, the U.K.’s MHRA Innovation Passport provides us with access to specialist advice throughout the drug development process and has the potential to enable a speedier, more efficient development process for SPL026, the lead candidate in our psychedelic-assisted therapy approach for the treatment of MDD. SPL026 entered clinical trials at the beginning of 2021, and this designation marks an important step forward towards an accelerated drug approval pathway for bringing the benefits of SPL026 to market for patients suffering from MDD,” said Dr. Carol Routledge, Chief Medical and Scientific Officer at Small Pharma.

Company presentations at this month’s conference included Numinus, Psilothera, and PsyDelta, as well as an additional panel on Wonderland. Truffle Report attended the Industry News Roundtable Panel, which explored exciting developments in the psychedelic medicine sector, as well as some challenges the industry is facing.

Moderating the panel was Jason Najum, editor and senior writer at Microdose. Najum was joined by James Hallifax of The Psychedelic Investor and Psychedelic Spotlight, Brom Rector of The Integration Conversation, and Amanda Siebert and Nicolle Hodges of The Dales Report.

Najum kicked things off by asking what piece of news or development in the industry has gotten them excited recently.

“The piece of news that I am most excited for in the coming couple months will be Compass Pathways releasing the results of their Phase 2b clinical trial, researching treatment-resistant depression with psilocybin,” Hallifax began. “The reason that this has me so excited is that this is going to be the largest clinical trial ever when it comes to psilocybin and the reason this is so important is that we have lots of smaller trials, like a dozen people, a few dozen people that are showing fantastic results that are showing that psilocybin is four times as effective as SSRIs are the remission rates are twice as high for SSRIs. There was a study that came up the other day, although it wasn’t a clinical trial, that showed that 50% of people went into remission when taking psilocybin, and another like 30% improved greatly, although they still were diagnosed with depression. When we have this first large trial, where results are being released, if that can replicate the results of these smaller trials, then I think this is going to be a turning point and inflection point for not only Compass Pathways but for the entire industry.”

Brom added that, “I think it is important for people to realize that this is also not only a clinical trial, but this is like a corporate clinical trial that is moving to the actual drug development pipeline. The big thing that people often miss is that unless these things are approved by the FDA, insurance will not reimburse coverage for that. These psychedelic-assisted therapies are going to be expensive, and if you want to get them to the broadest audience, you need FDA approval so that insurance can potentially cover them. And that is like another reason why I think that the clinical route here is so important.”

Siebert stressed that it is important to pay attention to industry news around the companies that prioritize personal data and information.

“I enjoy talking to executives about the ethics issue and finding out what  things you’re going through, who are you engaging with, to ensure that  patient data isn’t just going to leak and we’re not going to have some sort of issue with this because the stakes here are so incredibly high, right? We’re not just talking about somebody’s email address. We’re talking about really sensitive data,” she said. “Personally, I wouldn’t be interested in using some sort of app that doesn’t ensure that every vendor is in place to keep that data protected.”

The Intersection of Sex and Psychedelics

Moving on, Najum asked Hodges what excites her most about the psychedelic industry. Hodges, whose passion is women’s health, said, “I’m really interested in the work of Dr. Molly Maloof. She’s doing a lot of work around women’s health and women’s sexuality. I  also interviewed Kelsey Ramsden not too long ago about The Desire Project, which I think is really cool. Talking about women’s desire and how for men we know that desire can be activated physiologically, we have Viagra, we’re all aware of that. Women’s desire resides more in the mind, and using MDMA-assisted therapy to instigate desire for women. Understanding that it’s a complex, nuanced, interconnected thing and you can’t just give a woman a pill and all of a sudden she wants to have sex with her husband again.”

“I’m really excited about all work that is coming out around women’s sexuality and psychedelics because we know that historically, women’s health as a sector has been quite unrepresented and hasn’t had a lot of innovation in the last 30 years because there are so many variabilities when it comes to women’s anatomy. Clinical trials have obviously proven to be quite challenging. It’s really exciting to see, and I’m asking myself the question constantly, like what is it? How are women’s sexual health, in particular women’s sexuality and sexual expression, uniquely positioned to be positively impacted by the legalization of psychedelics?” added Hodges