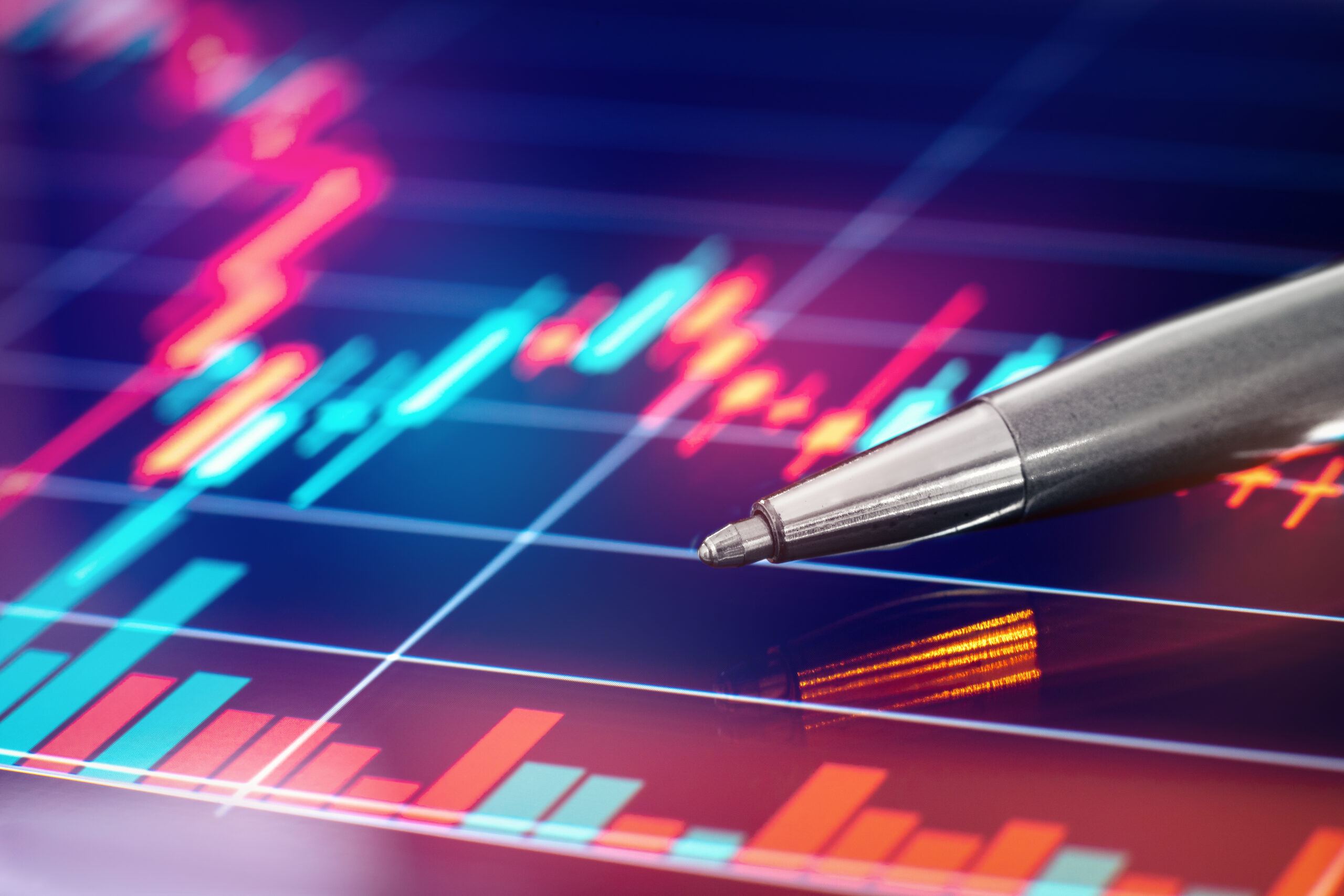 Microdose’s Psychedelic Capital event was held virtually on March 31. It’s the third event in the series produced by Microdose that highlights the investment landscape for psychedelic medicine, and compounds’ commercial potential in the mental health market.

The event was opened by Melissa Lavasani, Founder and Executive Director of Plant Medicine Coalition. Lavasani previously proposed and led the Ballot Initiative 81 campaign as the chair of Decriminalize Nature D.C.

“I took a risk, and I broke the law, but I’m alive here today because I use psychedelics to heal myself, and now I’m dedicating my life to this cause,” said Lavasani.

“This is going to be hard work, but given my background, trust that I’m fully committed to educating federal lawmakers and the Biden Harris administration on how psychedelics have to be a part of our mental health and trauma conversations in this country,” she continued.

Entheon is a biotechnology research and development company focused on developing and commercializing DMT-based psychedelic therapeutic products and a DMT delivery system to treat addiction and substance use disorders.

“With DMT being a very short-acting molecule, we have the ability to create shorter, no less profound experiences, but also the ability to stop those experiences if they become too profound, and that person will return to a functional baseline within about 15 minutes or so. Thereby enabling more safety as well as higher throughput for physicians and facilitators that are seeing patients,” said Ko.

For Ko, who lost his brother due to substance use disorder, it is a deeply personal mission, and his passion is driven “by developing tools and products that help people that suffer the most in society.”

According to Jahns, the clinical data is “everything.”

“At the end of the day, without robust efficacy and safety data, these molecules won’t be able to make it into the mainstream,” said Jahns.

“What we seek to do is not only to hold the molecules that will be able to bring to bear on a patient’s illness, but also the genetic assessment of their underlying disease and their underlying metabolism, and also neurophysiologic assessment of their brain phenotype to identify and better understand and guide the treatment of patients,” he explained.

This panel featured Cody Shandraw, Director at Ambria Capital, Peter Goldstein, CEO of Exchange Listing and was moderated by Robert Mandel, Partner at Zuber Lawler. The discussion highlighted the hype around psychedelics, trends in financing, and sought to define what makes psychedelic companies attractive for investors.

“Hype is important for any new blossoming and emerging industry, but at the same time, I think that it needs to be preceded with tremendous amounts of caution. Some of these things are very powerful substances that have a place in a controlled medical setting in most instances,” said Shandraw.

“If you look at the amount of capital going in and the tranches of capital that have come in, and the fact that capital is increasing both in the value and the unit prices that these offerings are oversubscribed. There’s a lot of belief that this is going to be a very well-capitalized emerging sector, where the breadth and the momentum are sustainable,” said Goldstein.

According to Goldstein, there is a “trend for money following liquidity and the ability for investors to see a pathway to getting an ROI.”

NanoPsy is a biotech company that uses nanotechnology for theranostic applications to improve psychedelic drug efficacy. The panel featured Bojan Krasic, Director at NanoPsy, and Max Arella, Scientific advisor for R&D at NanoPsy.

“What we want to do is work with everybody in this space that has the need, typically, for three things, either working with the solubility issues, which a lot of times is not an issue in psychedelics. It’s bioavailability issues, delivery and dosing, and that could be a big issue with psychedelics as far as we know,” said Krasic.

“If you think of nanoballs, they are carrier vessels. We’re able to charge, internally and externally, molecules of the carrier, and they can be specifically localized to any part of your body within minutes with a magnet,” said Krasic.

“Throughout the late 80s and early in the 90s, I saw various researchers start suing each other for intellectual property related to ibogaine. It felt to me like that was destroying the field. I contacted their lawyer, who had got the use patent for ibogaine for opiate addiction, and I said I would like you to help me develop an anti-patent strategy so nobody can patent MDMA for any uses. I didn’t want us to be putting all this energy into making an MDMA new medicine that somebody comes along and makes a patent,” said Doblin. “We also wanted to stimulate the field so that we felt like sharing everything that we do, sharing all of our interactions with the FDA, putting our treatment manuals that not only not having things but encouraging other people, even potential competition was what we needed to do to build the field. Now we do have a decision to make, in that we have IP, on the basis of the production of the MDMA and large quantities for commercial use, and we also have IP on the encapsulation process, and we have been thinking that we would make all that public.”

“Issue around patents being used in an anti-competitive way to discourage and suppress innovation in a field is something that goes back to think as far as even James Watt, who had invented the steam engine,” said Pechenik.

“The real question is looking at the psychedelic space, is there going to be attention, even if we resolve the problems around overbroad, low quality, even if we resolve questions around market failures and rent-seeking behaviour? Are we still left with a system that embodies economic assumptions that are at odds with the assumptions that people want to see in the psychedelic space itself? Is there a way to honour those specific ethics of the psychedelic space? Is there a way to align the IP system with those ethics that now sets it apart from the way the IP system generally functions in every other industry?” concluded Pechenik.

Byrnes stressed that lessons can be learned both from the tech and software industries, which have been tormented by “patent trolls” who rely on the prohibitive costs of litigation.

“Every new industry comes to create its own new culture around how they want to use intellectual property,” said Byrnes.

“Our vision is a world where each individual is empowered to explore, optimize and heal themselves and their community through evidence-based science and the inner intelligence of psychedelics. Our mission to deliver effective and innovative healing and transformative experiences that awaken the inner healer and allow a deep connection with self, with others, and with the beauty of the world,” said Harder.

“We have a different model than most. We’re not shooting for the moon with IP or with proprietary chemicals. We want to be seen as the little engine that keeps chugging,” he said.

Mind Cure is a mental health and wellness company that aims to identify and develop products that ease suffering, increase productivity, and enhance mental health. The panel was presented by Kelsey Ramsden, President and CEO of Mind Cure.

“We’re advancing a B2B model, to begin with, and then ultimately, a B2B2C model where we arm therapists, and clients, otherwise known as patients, with an opportunity to understand the care and the care paradigm better,” said Ramsden.

Ramsden also highlighted the advantages of the iSTRYM, a mental health digital platform that will provide data on a patient, psychedelic protocols and procedures to health professionals.

“It starts with research and therapeutic applications, a protocol catalogue, that showcases a variety of opportunities and medicine protocols for therapists to be trained on and they utilize in the field. Assessment services, understanding which patients work best with which type of therapeutic approaches. Then the support suite meant there to both support the therapists in providing the best care and the patient in having the best experience. AI-driven data analysis component where we’re constantly being able to optimize for the individual when they enter the ritual suite. And then, over time, we amassed this great data set that helps us to bump up the better medicine protocols and proof to be efficacious and bump up the integration protocols that do the same,” said Ramsden.