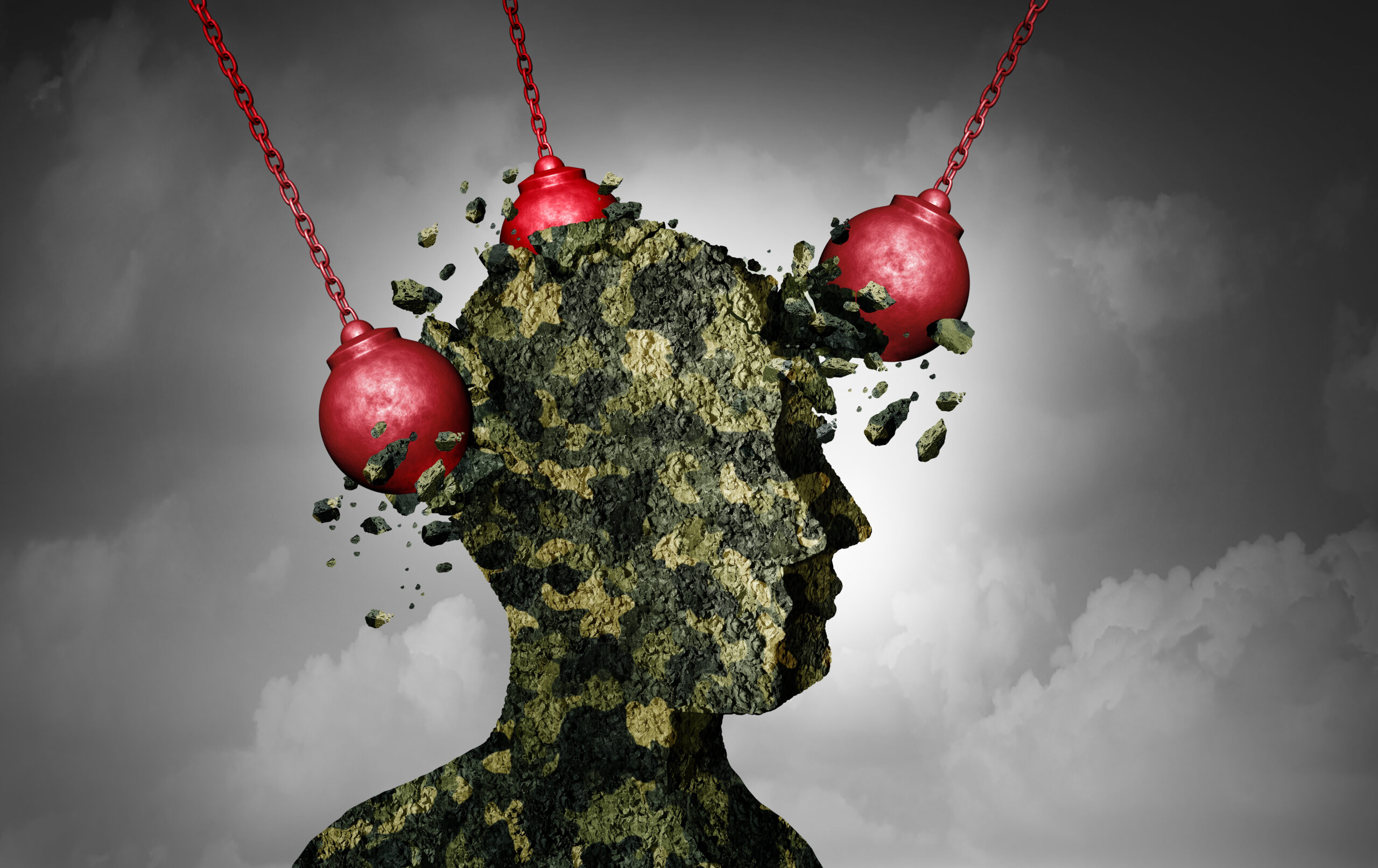 MDMA-Assisted Psychotherapy For Veterans With PTSD

Post-traumatic Stress Disorder, or PTSD, is a debilitating mental health disorder that develops after facing a traumatic event. PTSD sufferers have intense and disturbing thoughts related to their experience. Sometimes, they may relive the traumatic event through flashbacks or nightmares, and may be triggered by otherwise ordinary stimuli like loud noises or sudden movements. In the past 10 years, a new alternative has emerged for treating PTSD in veterans: MDMA-assisted psychotherapy.

PTSD is, unfortunately, very common in military veterans. It is estimated that up to 10 percent of war zone veterans in Canada are affected by PTSD. As with most mental health disorders, the conventional course of treatment for PTSD involves a combination of psychotherapy and medication.

Therapies such as Prolonged Exposure Therapy and mindfulness have also been explored. However, the effectiveness of traditional therapies and medication such as sertraline and paroxetine has been limited.

How is MDMA Being Integrated Into the Treatment of PTSD?

MDMA has a reputation as a party drug. However, it is currently being studied for its potential to treat several mental illnesses and disorders including depression and PTSD. This may be because, in ideal situations, MDMA can produce increased energy and euphoria, while decreasing anxiety and promoting open communication in patients.

This effect occurs because MDMA increases serotonin and dopamine levels in the brain, which help to regulate mood. It also allows patients to feel calm and grounded when faced with traumatic memories. Another effect of MDMA is that it boosts oxytocin, which might help patients create bonds with their therapists and feel safe sharing their deeper thoughts and feelings with them.

PTSD is a difficult condition to treat because it often has other conditions such as depression or anxiety associated with it. MDMA is being tested as a possible treatment for PTSD because it enhances feelings of happiness and can assist with communication in psychotherapy.

In the ongoing research into the effects of MDMA in the treatment of PTSD in veterans, the Multidisciplinary Association for Psychedelic Studies (MAPS) is clearly leading the field with one study completed in 2016 and another beginning in January 2021.

A randomized, double-blind, dose comparison study with an open-label crossover segment that evaluated the safety and efficacy of MDMA-assisted psychotherapy in veterans with chronic PTSD was conducted by MAPS from October 2010 to November 2016.

After three 90-minute psychotherapy sessions, the participants underwent two eight-hour long experimental sessions that were scheduled three to five weeks apart. The study involved 24 participants, 12 of whom were given a dose of 125 mg of MDMA while six were given 75 mg and the other six received a dose of 30 mg.

Participants received integrative psychotherapy in between sessions, including the day after each session. PTSD symptoms and general psychological function were assessed a month after the second dosage.  They were all assessed 12 months after their final session.

A study analyzing the effectiveness of MDMA-assisted psychotherapy in veterans with combat-related, refractory PTSD conducted by VA Loma Linda Health Care System in California and MAPS will start in January 2021 and conclude in December 2023.

The trial will be a single-site, open-label Phase II study with 10 participants. The purpose of the study is to evaluate the risks and benefits of MDMA as a complement to psychotherapy on reduction of symptoms of combat-related treatment-resistant PTSD in US military veterans.

The planned duration of the study is one to three years, with each active treatment lasting around 12 weeks. The trial will also involve a long-term follow up 12 months after the last MDMA session.

What are the Potential Risks of MDMA-assisted Psychotherapy for Veterans with PTSD?

There have been some risks associated with MDMA in the treatment of PTSD in veterans. Aside from the usual possible side effects of MDMA, the 2010-2016 study conducted by MAPS showed that while the treatment was well tolerated, adverse effects were reported by 20 out of the 24 participants of the trial, though four happened before drug administration.

The most commonly reported treatment-related adverse effects were psychiatric symptoms. Frequently reported events included anxiety, headaches, fatigue, and muscle tension. Some participants also reported insomnia. Most of these adverse reactions were mild or moderate, with the occurrence decreasing as the treatment went on.