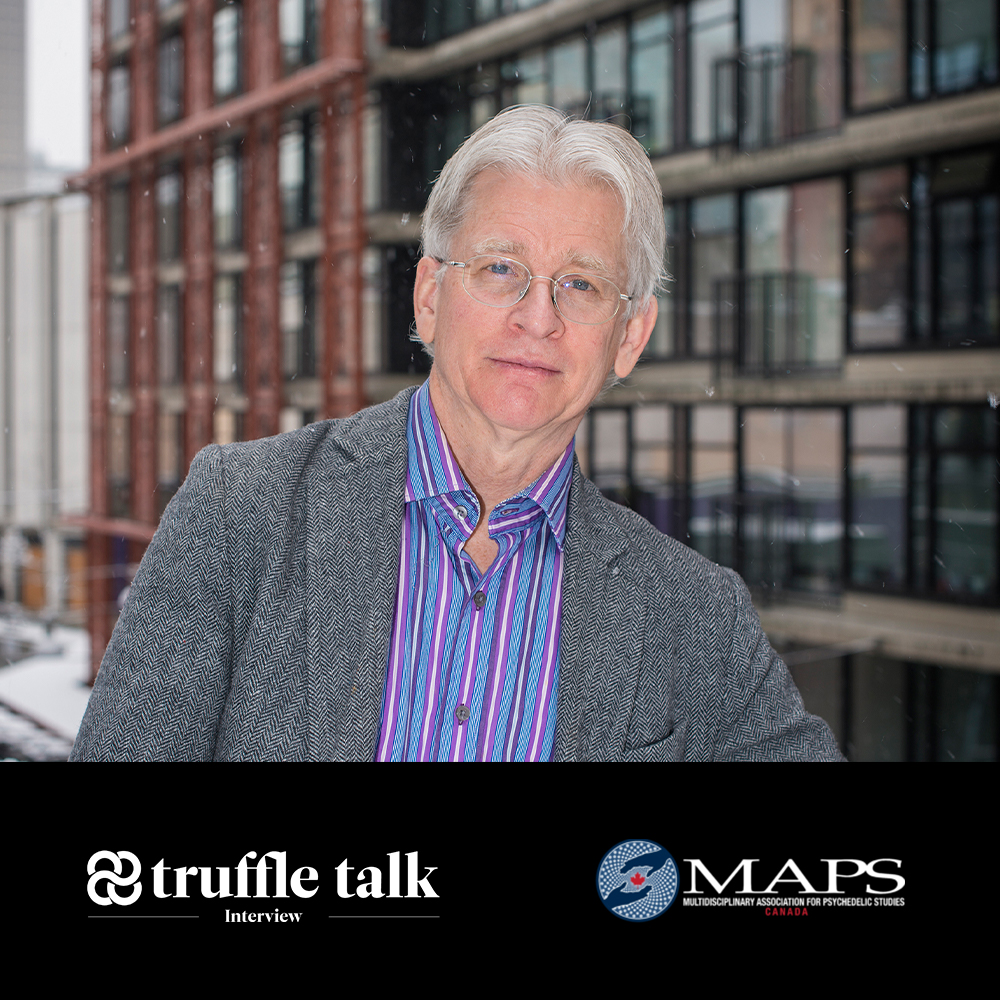 Optimism is contagious. When dealing with substances of an ineffably profound and mystical nature, it can be easy to get carried away, particularly when increasingly large sums of money seem to be riding on the outcome. The enthusiasm for psychedelics is great. We at Truffle Report share it, endorse it, and generally hope to base our careers around it for some time to come. What we don’t want to do is ignore the facts. Psychedelics are a useful tool, not a panacea, and in the rush over their potential many seem keen to gloss over the highly fallible human element. I reached out to Mark Haden, Executive Director of MAPS Canada, and a frequent source of insight and commentary for us here at Truffle, to discuss his work with MAPS Canada and in public health. I wanted his take on what legalization should look like, and, most importantly in my mind, how we might get psychedelic therapy wrong.

Beginning with some background, I ask Haden to start by explaining both his and his organization’s goals, cognizant that they likely overlap but would not be quite identical.

MAPS Canada and the Range of Utility

“Obviously we’re an affiliate of MAPS (USA), that will be legalizing MDMA-assisted psychotherapy in approximately 2023. I used to say 2022 but COVID has slowed us down. We won’t be opening any clinics,” Haden says, adding “I’ve been supervising clinical staff for my entire career. I don’t want to do that anymore. Essentially, the process of legalization rollout will be training therapists, authorizing facilities, and selling them MDMA. Rick Doblin had an ambitious goal of 200,000 staff throughout Canada and the United States. When I questioned him on that, he said it might take up to 20 years, but certainly they’ll be moving as quickly as they can in training therapists to provide MDMA for PTSD services.”

Our goal,” Haden continues “with my MAPS Canada hat on, is to research as many indications as possible. Eating disorders are coming up next, then PTSD in the context of couples, and PTSD in the context of cognitive processing therapy shortly after. As each one of those is legitimized or legalized, these therapists can expand what they have to offer. The more indications we can prove it’s on-label for, the larger the size of the off-label window. PTSD is similar to trauma, trauma is similar to everything. Anxiety, depression, the opportunities are huge, specifically with PTSD. Less so with something like eating disorders, but what’s the root of eating disorders? Trauma, body dysmorphia, family-child conflict. It just allows us to continually show the range of utility.”

With only the briefest pause for a breath, Haden continued “That’s with my MAPS Canada hat on. I’m going to take that off for a second and speak as a public health guy. I teach at UBC’s school of Population and Public Health and I write papers on how drugs should be regulated in a post-prohibition world.”

“One of the concerns that I have is access. I believe psychedelics are useful in a variety of contexts, some of which don’t involve diagnoses. Couples bonding, for example.” It’s an area Truffle has covered before, and I mention the anecdotes related to me by Dr. George Greer of the Heffter Research Institute to Haden. “There’s no diagnosis involved, but it’s incredibly useful when couples relate to each other without defenses, and can fall in love again. We could save a lot of divorces. Many couples just drift apart after so many years, the spark is gone, they look for it somewhere else. That spark can be regenerated within the context of a marriage with the right use of psychedelics. The particular combination I think is most used by couples is MDMA and LSD, referred to on the internet as a candy flip.”

Tying it all back together, Haden continued “the issue for me is creating a healthier society, which is broader than the diagnoses, which is the MAPS Canada thing. If we talk about access, we need multiple tracks of legalization. We need the medical track if you want to go to a paid professional. If you want to pay a professional you also should have the right to complain to a professional body, such as the College of Physicians and Surgeons. Being regulated means oversight, and that all costs money, and so yes, you should be able to purchase a psychedelic experience from a trained professional. Because of the structure, this will necessarily be expensive. Eight to ten hours of a professional’s time, plus all the screening, assessment, and debriefing time doesn’t come cheaply. Cost is the biggest barrier to access.”

“The problems with psychedelics generally stem from lack of supervision, or dosage or contaminant issues. In a legal regime the contaminant issues are zero. If you are dosing in a way that is known to you then you don’t have a problem, and the main issue becomes supervision. How do you set that up? It’s about training.”

“My proposal is that if you wanted to purchase a psychedelic you’d need to to sign up for two weekends. The first would be knowledge. Setting, setting, safety, what is 200 micrograms of LSD going to do to you? How about a thousand? Or twenty? Really understanding dosage issues, the importance of set, working with your expectations going into the experience. If you just finished a bad day at work and had a conflict with your boss, that’s probably not the right set. Same with setting. Going for a drive to get a pizza is probably a bad idea. All of this, going through the different psychedelics and what they do, what can go wrong, would be the first weekend. The second would be the experience itself, with a trained professional who will allow, probably a group, to have an experience while managing it in a safe way. If you graduated from that, which would include a test on these subjects, then you would be allowed to purchase psychedelics.”

It was here that I jumped in again. All of this was sounding a lot like a driving test to me. It’s an intriguing notion. How many of us are competent to be behind the wheel of our own psyches? How about in an altered state? Haden concurred with my analogy.

“Exactly. If you can demonstrate the basic knowledge of what it should be to take a psychedelic safely, then you should be granted a license that allows you to purchase a small amount of psychedelics for yourself.”

“If You’re Going to be Selling Stock to Shareholders, You Have to Constantly be Giving Them Good News”

With this licensing plan in mind, I asked Haden how he felt about the interplay between the for-profit and nonprofit sectors of the psychedelic space, returning to the all important question of what we might be overlooking or doing wrong.

“I have a mixed opinion about for-profit approaches. If you want to roll out a thousand clinics, you probably have to do it in the context of a for-profit model. In terms of supervising all of these staff and having an organization set it all up, it’s certainly not going to be MAPS Canada, so we need as rapid a rollout as possible and someone with the money to set that up. For-profit has that advantage, with the benefit of huge public exposure. The disadvantage of for-profit is that they continually make overly-optimistic announcements that don’t speak the truth about the potential harms. Psychedelics can be hugely beneficial, but they have risks. If you’re going to be selling stock to shareholders then you have to constantly be giving them good news, and that news isn’t always honest about those harms. They also might cut corners if it’s all about maximizing profits. Will they provide the appropriate aftercare and screening? The proper integration? They may not because it may not be cost effective.”

At this point, I mentioned the emerging industry trend of psychedelic apps and digital therapeutics platforms, themselves an effort to reduce the cost of the lengthy, in-person care sessions associated with psychedelic therapy. The jury is still out on whether or not these will prove anywhere near as effective as an actual therapist.

What Can Go Wrong in Psychedelic Therapy?

When asked to address problems he’d seen in the administration of psychedelic therapy, Haden wasn’t shy about sharing his experiences.

“Rolling it out too quickly. Not fully training and screening therapists. I’ve seen it go wrong. We’ve had a number of problems already, just in the process of our research. I think the problems we’ve been having will be amplified, and I’ll list four specifically that I believe we will face.