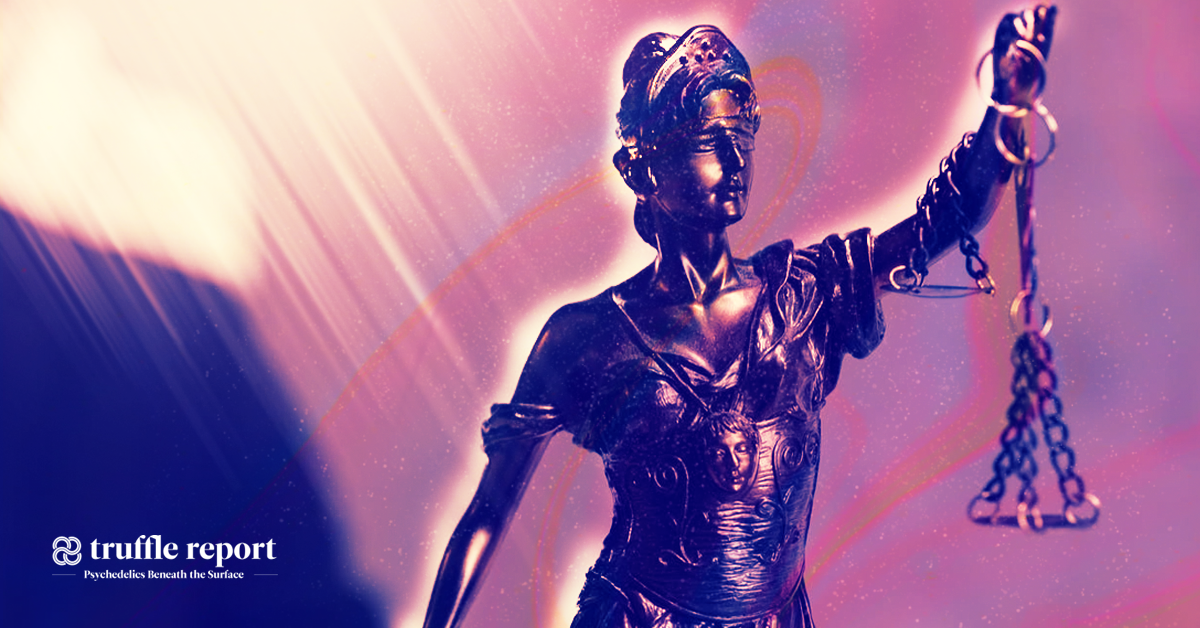 Canadian psychedelic research and advocacy group MAPS Canada is asking the federal government to make changes to a bill committed to addressing the opioid overdose crisis with a specific emphasis on over-incarceration among marginalized communities.

The federal government introduced Bill C-22 in February, suggesting amendments to the Controlled Drugs and Substances Act (CDSA) to prioritize treatment for drug abuse over prosecution that disproportionately targets Black, Indigenous, people of colour (BIPOC) and other marginalized communities.

The Multidisciplinary Association for Psychedelic Studies (MAPS) Canada has written an open letter to the Parliament of Canada requesting the repeal of section 4 of the CDSA and the implementation of a national strategy to decriminalize psychedelic substances. The organization stresses in its letter that although the bill is a step towards addressing the opioid overdose crisis, it isn’t enough, and serious concerns remain.

“Bill C-22 maintains prosecutors’ discretion to charge individuals under subsection 4(1) of the CDSA. Prosecutors already have the discretion to consider other measures for simple possession and regularly choose not to use them,” the letter states.

The legislation does not decriminalize drugs but aims at recommending individuals to addiction treatment programs for the first few instances of possession.

However, MAPS Canada sees this as a continuation of systematic racism in policing and the justice system because of the power invested in section 4 of the drug law.

Under the proposed legislation, “police officers and prosecutors will have to consider a set of principles before they proceed with charges, but they’re still going to have wide discretion on how to interpret those principles,” says Taylor Rodrigues, National Drug Policy Lead for MAPS Canada. “It will still remain a criminal offence, people could still get charged with criminal offences for simply possessing drugs,” he adds.

Repealing the section will lessen the number of interactions between police and prosecutors and those dealing with opioid addiction. Rodrigues suggests that removing that particular provision from the existing law would be “the only way we can really ensure that we take a public health-centric approach to drugs.”

He adds, “In a way, so we’ll decriminalize all drugs just for simple possession. Other offences like trafficking, manufacturing and exporting will still remain illegal. But if someone’s using drugs just for personal use, they get stopped by a police officer for whatever reason, that wouldn’t be illegal.”

Calls for decriminalizing all drugs and in some cases, psychedelic substances, have been growing stronger. Last year, Decriminalize Nature Canada started a petition to decriminalize psychedelics federally. The petition received almost 15,000 signatures and was presented to  Parliament, but was ultimately shot down.

Currently discussing possibilities with Health Canada, the City of Vancouver seems close to decriminalizing all drugs through a city-wide Section 56 exemption under the CDSA. Vancouver has seen a stark rise in opioid overdose-related casualties since the onset of the pandemic.

MAPS Canada is also asking the Canadian government to decriminalize psychedelics for personal use for those above the age of 21. “[Using psychedelics] don’t harm anyone. And in many cases, enhance their lives, help people with mental health issues or help improve the quality of their life,” Rodrigues says.

A total of three bills are being discussed in Canada’s parliament, all suggesting to amend the current drug laws in some form. A recent Senate bill S-229, introduced by Sen. Gwen Boniface, proposes to develop a national strategy to decriminalize illegal substances and amend the Controlled Drugs and Substances Act.

“The war on drugs and even drug prohibition is causing a lot of harm already. It’s all easier to get rid of the harms of prohibition than to take all the details of the legalized and regulated system. But we’d be happy to work with the government if they’re interested at that point,” Rodrigues tells Truffle Report.

Meanwhile, Health Canada has been cautious yet progressive in acknowledging the therapeutic potential of research in psychedelics, and has allowed over 30 patients including a non-terminal individual to undergo psychedelic-assisted psychotherapy. Practitioners were also legally allowed to consume controlled substances during the psychedelic training program.

Canadian researchers and healthcare practitioners are expecting to get some relief from Health Canada as it plans on revising the Special Access Program, making it easier to access controlled substances that are currently undergoing clinical trials.

The signature form to support the open letter is available to the public until July 1. After that, the organization will be communicating with major Canadian parties, the Minister of Justice, and the Minister of Health.

“Several MPs and senators are interested in psychedelics,” Rodrigues says. “With the discussion and work on Bill C-7 (Medical Assistance in Dying bill), a lot of parliamentarians are interested in using psychedelic-assisted therapy for people with end-of-life distress. So, your parliamentarians are starting to see the value of psychedelics that are not just these recreational substances, they do have a lot of positive value.”