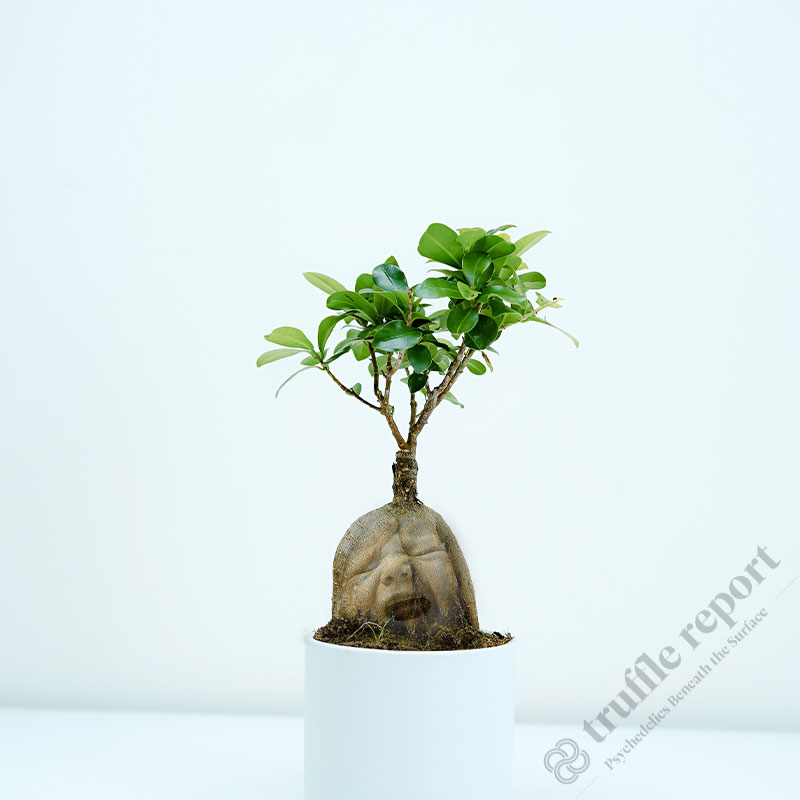 Truffle Report has already discussed the link between witchcraft and deliriant nightshade plants like henbane, datura, and mandrake root. All of these occult-sounding species contain varying levels of the tropane alkaloids atropine, scopolamine, and hyoscyamine. Depending on the variety and dose of deliriant nightshades consumed, these compounds can inflict a “waking dream” state on the user. Among nightshade plants, mandrake root deserves special mention because of its historical role, pop culture presence, and the fantastical mythology that surrounds it.

Unlike ordinary hallucinations that produce auditory and visual distortions, a nightshade-afflicted individual will typically perceive hallucinations as real — which is why they are known as deliriants, rather than simply hallucinogens. Such visions are known to cause individuals to have entire conversations with friends, relatives, or deceased loved ones who aren’t actually there. Even in the best of circumstances, taking any of these substances can be dangerous and potentially lethal due to unpredictable levels of the alkaloids within and between each plant.

What is the Mandrake Root?

Mandrake Root grows primarily throughout the Middle East and the Mediterranean. The plant has large leaves and violet flowers that produce small, round berries. The berries have been referred to as “Satan’s berries” despite also apparently being considered a delicacy when cooked. The root contains the majority of the hallucinogenic tropane alkaloids and is known for being large, round, and having twisting offshoots that many believe resemble a small human being. The human shape as well as the deliriant effects have contributed to much of the mythology surrounding mandrake root. The medieval “doctrine of signatures” stipulated that God gave plants a shape and appearance that reflected their medical applications.

As stated above, mandrake roots belong to the nightshade, or Solanae family. This is an enormous plant family comprising around 2,500 members including such harmless dietary staples as tomatoes, potatoes, eggplants, and bell peppers. Many of the European nightshades like mandrake are considerably more dangerous to consume than those from the Americas. This led to the tomato being viewed with suspicion when it was first brought to Europe from South America —it was considered a strange relative of the mandrake and was used only as a decoration until the 18th century.

It actually makes sense to discuss the mythology surrounding mandrake before getting into its medical uses. A lot of these practices were informed by the myth surrounding the strange roots. As mentioned above, the medieval “doctrine of signatures” was a principle which stated that plants could be used to treat human body parts that they resembled. Since mandrake roots resembled a human body or a human baby, it was considered a symbol of fertility and could be hidden under pillows as a means to encourage conception. This use was reflected and legitimized in the Bible’s Book of Genesis, in which Rachel asks for mandrakes that help her conceive Jacob.

Keeping a mandrake as a charm was thought to bring good fortune. Its growth in popularity is said by some to have been the reason for another part of the mandrake mythology —the lethal shriek that could kill an individual when they were uprooted from the ground. This story may have been circulated to prevent people from overharvesting the root throughout the Mediterranean. To circumvent this, it was said that one could plug their ears with wax, tie the root to a dog’s tail and have the dog pull the root out for them — killing the dog instead. Obviously, this superstition was proven false. The 13th century Muslim botanist Ibn al-Baitar tested it and found that his dog remained unharmed. Another superstition eventually arose that mandrakes would sprout in the ground wherever blood or semen was spilled, and it was believed that they would grow in execution grounds, among other places.

Mandrakes feature prominently in literature and popular culture. Shakespeare references them in Othello, Macbeth, Romeo and Juliet, and Antony and Cleopatra. In Johann Wolfgang von Goethe’s Faust, Mephistopheles teases the dog superstition after appearing before Faust as a black dog. Mandrake the Magician, dating back to 1934, is considered by many to be the first superhero to appear in a comic strip.

The image of a screeching mandrake root was popularized in the modern imagination by films like Pan’s Labyrinth and J.K. Rowling’s Harry Potter series. At Hogwarts, Harry Potter and the other student wizards are taught how to uproot young mandrakes.

The Medical Uses of Mandrake Root

It can be a little difficult to distinguish where the superstitions end and where mandrake’s legitimate medical uses begin. Atropine and scopolamine are both used in contemporary medicine and the mandrake root was an early source of these alkaloids. As well as being used as a fertility charm, it has also been used as an aphrodisiac due to its stimulant effects. In ancient Rome, mandrake root could be boiled in wine and used as an anesthetic, but this concoction was dangerous if too much was taken. It has since been used as an anesthetic throughout much of history, although the practice came to an end as safer substances were developed.

Taken orally, the root can cause hallucinations, dizziness, vomiting, blurred vision, diarrhea and in the worst case, death. If grated, the root can be applied topically to relieve symptoms of rheumatoid arthritis. Other uses for mandrake root include treating convulsions, constipation, asthma, hay fever and whooping cough —but it’s important to consider that many of these treatments lack significant clinical evidence.

Your idea of what mandrake roots are might be as rich and varied as the myth and lore that surrounds them. They can be seen as medicine, symbols of good luck and fertility, or even mythical demons. While they may not actually be living plant children that kill you by screaming, it’s clear that they have taken on a life of their own in the public imagination.