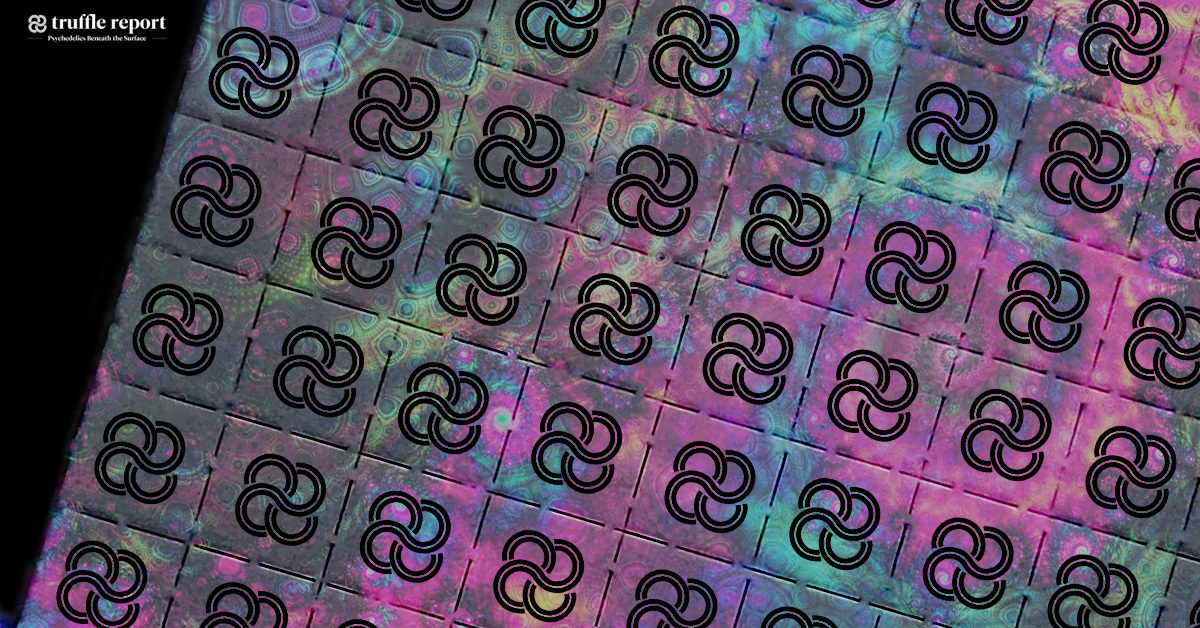 LSD Blotter Art and the Institute of Illegal Images

Like many street drugs, LSD was born in a laboratory and initially meant for the clinic, but ended up making its way into recreational use. It became so popular that its name was and still is instantly associated with a psychedelic experience. It also left behind a sizable impact on music, art and culture. In order to be consumed, drugs such as LSD which are active in the microgram range are commonly distributed on blotter paper. A liquid solution of LSD is applied to blotter paper which then tends to be cut into individual doses. This method allowed for the blotter paper to be decorated with colours and art, thus giving birth to what is known as LSD blotter art.

What Is LSD Blotter Art?

As we already know, the U.S. government banned LSD in the 1960s, but this didn’t stop its use. In order to hide the drug, street chemists introduced the blotter method for consuming LSD. The blotter paper, which absorbed and dried very quickly, was soaked in LSD and then cut into small squares, usually 100 per sheet. Originally, LSD was either packed into pills or the liquid dropped into sugar cubes, but as hippie culture and flower power gained momentum, the creation of LSD blotter art amplified the cultural significance of the substance. It instantly became associated with bright colours, funky designs, and loud, beautiful imagery.

In a way, it wasn’t just a drug. It was an entire movement and experience. This new medium of blotter art brought a sense of beauty to drug use, branding it with the look and feel of the era. This innovative way to carry LSD became both a talking point and major calling-card for a society of psychonauts looking for consciousness expansion. While earlier chemists did use different sizes and colours of capsules to differentiate their products, LSD blotter art could be much more personalized and captivating.

By the 1970s, LSD blotter art was more than a novelty, having become a full-fledged medium for some fairly talented artists. This tiny canvas allowed plenty of room for creativity, and while psychedelic motifs were more common, it was possible to find everything from original blotter art to acid tabs with Mickey Mouse imprinted on them, or even classical renaissance paintings like Hieronymus Bosch’s The Garden of Earthly Delights.

According to Mark McCloud, renowned blotter art collector and owner of Blotter Barn, the first sheets wound have a single image that would be divided into tabs, with each tab usually being a single colour. As time went by, the tabs also became highly detailed individual pictures.

In the early days, blotter art could only be obtained with LSD already on it, making it hard for collectors like McCloud to get a hold of undipped and therefore legal sheets simply for the art. He had to venture out into the underground and ask dealers if they could get him the same image on an undipped sheet, which initially created suspicion.  Over time he managed to win the trust of these counterculture chemists and distributors, and finally was able to access undipped sheets. He was also able to produce his own images and his collection shifted to a mostly legal blotter art archive.

Mark McCloud, himself a former painter and art professor, was the first known and widely publicized collector of blotter art. He owns around 30,000 tabs of LSD. He collects them, frames them, catalogues them, and showcases them online and in his San Francisco home. Most of the tabs he owns are now too old to provide any psychedelic effects, but this hasn’t stopped the DEA from arresting him on two occasions under charges of attempting to distribute LSD.

McCloud has dubbed his house the Institute of Illegal Images. A fraction of the institute’s collection can be found online. While there is some predictable new age iconography, less obvious figures like cute bunnies or representations of popular movies like Conan The Barbarian can also be found among his vast collection. These icons often appear hundreds of times on a single blotter, so when the sheet is cut into individual hits, each tab features the same tiny image.

While blotter art is still a very popular and common delivery method for LSD all over the world, nowadays it is possible to find it undipped if your only intention is to showcase it. For an artist, blotter art can be a beautiful colourful and different way to express their creativity, but they might not always want to be associated with the substance, or get into trouble with the law due to its illegal status in most places.