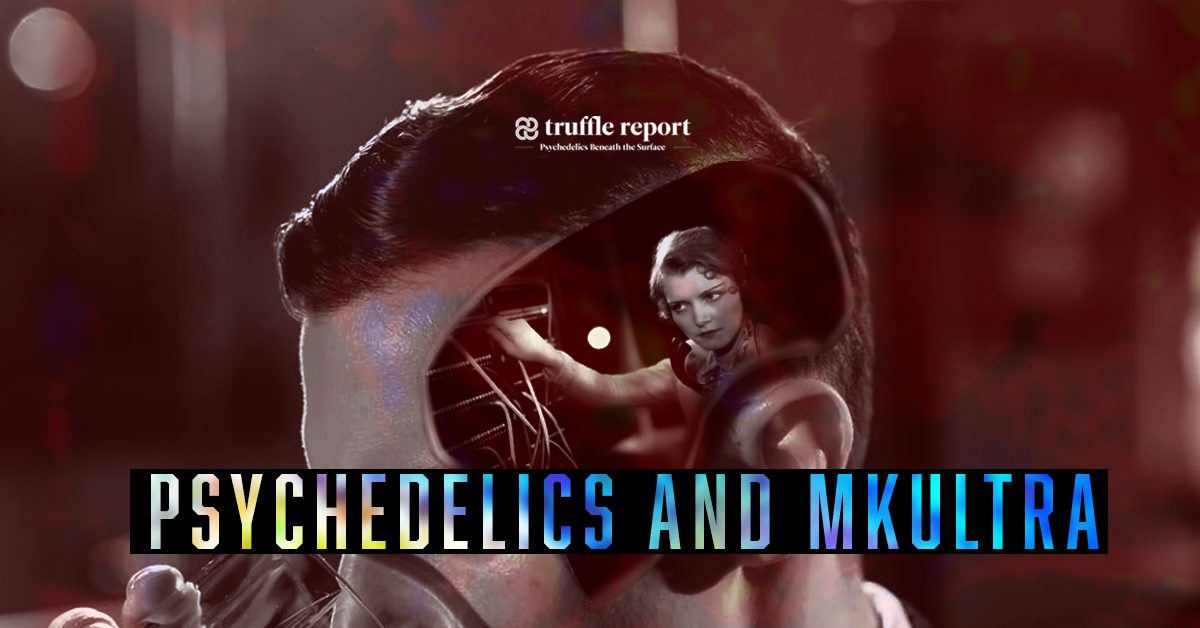 Today, political debates have become deeply mingled with conspiracy theories. While you may or may not subscribe to these, there’s no denying that the American government has approved some questionable projects in the past. The CIA’s Project MKUltra is probably one of the best and most notorious examples. From the early 1950s, both the American government and the general public became fascinated with the idea of mind control. The term “brainwashing” entered the public vernacular and was sensationalized in the newspaper media, while books and films like The Manchurian Candidate dealt with it as a theme. Behind closed doors, the American intelligence apparatus quietly spent years conducting sinister experiments involving sensory deprivation, isolation, hypnosis, electro-shock, and drugs such as LSD.

Project MKUltra and the Rise of the “Black Sorcerer”

Several factors led to widespread experimentation on the human mind during the 1950s and 1960s. In the wake of the Korean war, a number of American POWs either refused to return home or made confessions to crimes like germ warfare. It seemed that during their imprisonment, they had been indoctrinated by their captors somehow. Along with this, there were rumours spreading about Soviet experimentation with mind control involving the fairly new psychedelic, LSD.

The human mind became a battleground in the eyes of the United States government. How could they counter the possibility of American GIs being coerced into shifting their personal ideologies? Could they find ways to inflict these mind control effects on their own adversaries?

1949 saw the advancement of “Project Bluebird”, a precursor to MKUltra that explored mind-control by administering drugs to American citizens — usually in penitentiaries or psychiatric hospitals. This led in turn to “Operation Artichoke” in 1951, in which researchers sought a “truth serum”. Finally, in 1953, the CIA’s “Project MKUltra” began. It would last several years and see countless human rights violations take place (literally, the full scope of these is still unknown). At the centre of this project was chemist Sydney Gottlieb, nicknamed the “Black Sorcerer” because of his ruthlessness and efficacy. If that name sounds like a little much, even considering the mind control experiments, bear in mind that he also invented poisonous toothpaste, exploding seashells, and other comically villainous contraptions for the CIA to use against Fidel Castro.

The mind control experiments took place both at home in North America and abroad. In Japan, Germany, and the Philippines, American-run prisons ran tests on prisoners with relatively little oversight. Suspected enemy operatives could be grabbed right off the street. In the U.S. itself, covert tests were performed in prisons, hospitals, psychiatric institutions and even within the CIA on unsuspecting operatives.

The goals of the program included:

While many drugs were used in these experiments, LSD was seen as a valuable resource for the suggestive state it could create. It’s synthesis by Albert Hofmann was fairly recent, and the American government took notice of Soviet experimentation, sparking a psychedelic mind-control arms race. Gottlieb contracted a pharmaceutical company in Indianapolis to produce the compound, and gained a massive supply for experimental use. He dispersed it to campus research centres, hospitals, and prisons across America, often through front organizations. If you’ve read about early LSD therapies in the 1950s in places like Menlo Park, for example, there’s a good chance Gottlieb was behind it.

Within the CIA, the experiments began fairly modestly. Usually, they involved simply slipping a dose of LSD into the drink of an unwitting operative. Some of these instances resulted in tragedy, like the death of military scientist Frank Olson.

Olson had been given LSD at a gathering that included Gottlieb himself, and several days later was seen jumping out of a hotel window to his death in Manhattan. Initially appearing as a suicide, it has also been suggested that his death was orchestrated to prevent him from becoming a whistle-blower.

An irony that pervades these covert experiments is that they inadvertently popularized LSD within some circles. Those who enjoyed the experience, including celebrities like Alan Ginsberg and Ken Kesey, would go on to share it with their friends. Essentially, the U.S. intelligence establishment helped give rise to the very counterculture they would spend years trying to tamp down.

Of all MKUltra’s experiments, “Operation Midnight Climax” was definitely one of the most telling. In 1955, the CIA hired George White, formerly of the Federal Bureau of Narcotics, to create at least three lavish “sex rooms” in the Bay area of San Francisco. Promising payment and protection to several prostitutes, White had them lure unsuspecting men to these buildings and slip them LSD. White, having bugged these rooms, would observe the effects of the LSD from behind a two-way mirror. Although the official goal was to see how information could be extracted from individuals using a combination of sex and LSD, White admitted to just outright enjoying the experiment.

Elsewhere, the head of psychiatric services at the Texas Lackland air base, Dr. Louis Jolyon West, was quietly performing his own experiments with hypnosis and chemicals like LSD. While not explicitly proven to be true, this may have resulted in the rape and murder of a three-year-old by airman Jimmy Shaver. Shaver had no memory of the incident, but after an investigation was conducted by West, he admitted to having a drink the night of the murder and suddenly believing that the victim was the same girl who had sexually assaulted him when he was a child. West presented this in court, although his methods for extracting this confession were not completely disclosed and involved hypnosis. West’s activities continued into 1967, where he set up several false “hippy crash pads” in the Haight-Ashbury neighbourhood of San Francisco to study the effects of LSD on said hippies. At this point, even the students that were conducting the experiment with him felt that the procedure was listless and without a clear goal.

Meanwhile, in Canada, McGill University psychiatrist Ewen Cameron performed several cruel experiments on unsuspecting patients in the Allan Memorial Institute. Truffle Report has already detailed the specifics of these experiments, which generally involved large doses of drugs like LSD and forcing patients into weeks-long periods of sleep. Significantly, it was later revealed that the Canadian government had actually funded Ewen’s research to an even greater degree than the CIA had.

In both Canada and the U.S., the experiments were eventually put to an end on ethical grounds. Ultimately no one, not even Gottlieb, was ever held accountable. The true extent and human costs of the experimentation have never been fully understood, since Gottlieb managed to destroy most of the records before they could appear as part of any testimony against him. Investigations that did take place were skewed by redacted documents and former CIA agents claiming to have innocently forgotten certain details.

At this stage in its history, LSD was used in a manner that was almost cartoonishly villainous, and many peoples’ rights were violated. The LSD research of today focuses on undoing psychological ailments instead of causing them — which will hopefully read as a more positive chapter for all of us.