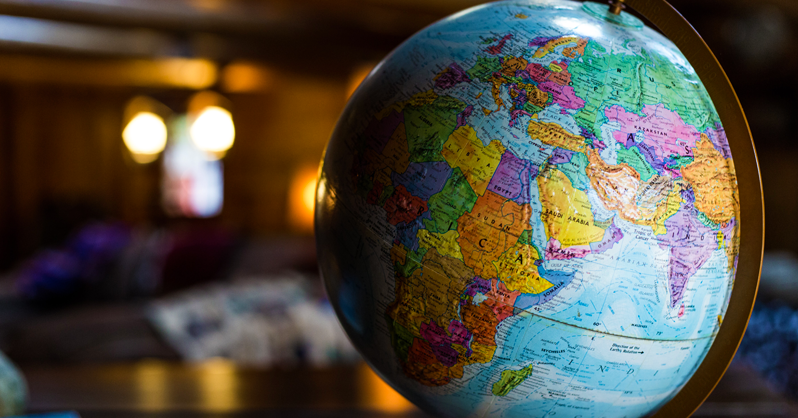 Looking Internationally: Psilocybins Around The World

The first groundbreaking step in legalizing Psilocybins is decriminalization.

Countries that Have Decriminalized Psilocybin Mushrooms

Austria is an interesting example. While Possession was decriminalized in January 2016, if caught, an individual will undergo a free therapy program instead of a trial. The Bill is part of the larger Austrian Addiction Prevention Strategy. It essentially argues that addiction should be treated as a disease rather than a criminal act. It values treatment over punishment. This is a far different approach than most countries since it aims to reduce the actual use of psychedelics. Other countries are not necessarily attempting to discourage the use but rather establishing a clear legal framework around the usage. However, there is limited research to evaluate whether the strategy has successfully reduced addiction within the country.

In Croatia, as of 2013, small amounts of possession of psychedelics can lead to a fine of $800- $3,500. Again, it is crucial to understand that decriminalizing does not mean the absence of punishment. It simply means a lesser punishment and typically no imprisonment. This is definitely an interesting approach because by still having punishments, especially in the forms of fines, the laws will likely deter some people from using psychedelic substances. As well, similarly to Austria, some individuals may be exempt from fines if they complete care from a medical or social care institution.

While decriminalized, possession of psychoactive plants was deemed a civil offence. For Psilocybin Mushrooms, this amount is >40 fruiting bodies. If an individual has greater than this amount, they will likely face a civil offence, which is typically a fine. As well, as a country, they are quite focused on harm reduction strategies, and they have seen a massive decrease in drug usage. Czech Republic uses the argument that decriminalization does not lead to a decrease in usage, but rather the use of effective harm reduction strategies is absolutely crucial in safe usage.

In 2006, in a series of laws referred to as Fini-Giovanardi, set our specific amounts of possession. If an individual was caught possessing above the designated amount, they would be subject to curfews, mandatory reporting to police and driving prohibitions. However, unlike Czech Republic and Austria, Italy completely eliminated therapy and instead focused on punishment.

In 2001, Portugal completely decriminalized drug use and possession. Yet, during this time, the country also introduced a significant Public Health Model that largely dealt with harm reduction strategies. This strategy seemed to be successful as there was a significant decrease in drug use, specifically among vulnerable populations.

If an individual is found with more than 10 days worth of substances on them, they will not be punished, but rather sent to a dissuasion commission, which consists of a panel of a doctor, social worker, and legal professionals. Again, this harm reduction strategy also has prompted many users to turn to these treatment options freely. This shows how often dependency or addiction on psychedelics is based on an inability to access proper treatment.

Interestingly enough, possession of drugs in Spain has never been a criminal offence. The only avenue in which a Spanish person could be criminally convicted is if they have over the designated amount of drugs. This is based on the notion that would be suspected of being a dealer. However, drug usage must be done in a public place, and public use of drugs can result in fines or suspension of drivers licences.

While all of these countries have adopted different legal frameworks, there seems to be one glaring similarity. Countries that have decriminalized psychedelics AND adopted national harm reduction strategies have seen an overall decrease in users, especially in vulnerable populations.

This suggests that if Canada were to ever attempt decriminalization for psychedelics, it would be advisable to simultaneously release a harm reduction strategy.

The most shocking part of this research was discovering that no singular country had fully legalized Psilocybin Mushrooms exclusively for medical purposes. With the increasing revival of psychedelic research further proving its therapeutic properties, it is shocking that countries have not grasped on to this opportunity. As stated, in Canada, individuals can apply for a medical exemption under Section 56 of the Controlled Drugs and Substances Act. Yet, perhaps if doctors, therapists and other licensed healthcare practitioners had legal access to prescribe the drug, this would be a sensible avenue towards legalization.

A great framework for legalizing it medically would be exploring how Canada historically legalized medical use of Cannabis. The 2001 medical legalization of Cannabis was prompted by a 2000 Ontario Court of Appeal Case, R. v. Parker where an epileptic, was only able to alleviate his suffering through Cannabis.

Court cases are an excellent way to accelerate the medical legalization for psychedelics. Bruce Tobin, a therapist based in Victoria, BC, has filed under Section 56 to help treat his patients with death anxiety. He has publicly stated that if he is denied, he plans to appeal the decisions to as many courts as necessary.  Tobin specifically has stated that his decision to pursue the court system in Canada was prompted by the way that several court cases in the early 2000s led to the eventual legalization of medical marijuana. However, there is a key difference between the current medical exemptions for psilocybin mushrooms and the history of medical marijuana in Canada. Before medical marijuana was legalized in 2001, there was no medical exemption option for individuals. In contrast, Section 56 presents a clear and legal avenue as to how individuals can legally access psilocybin mushrooms for medical purposes. This could likely be a key argument in potential cases like Tobin’s that judges may use to argue against granting Tobin and others access to Psilocybin Mushrooms for medical purposes.

While no country has legalized the use of psychedelics for exclusive medical purpose, Brazil, Jamaica, Netherlands and Samoa have all fully legalized Psilocybin Mushrooms.

It is fully legal to possess, consume and sell magic mushrooms in Brazil. Oddly enough, the substance itself, psilocybin, is illegal but when extracted in the form of magic mushrooms, they are fully legal. A few physical dispensaries exist, most of the sales come from online shops. However, its also interesting that unlike Cannabis in most countries, the Government does not control the distribution of psilocybin.

Jamaica, like Brazil, has fully legalized psychedelics across the country both in terms of possession, consumption and the ability to sell. In fact, Jamaica has profited off this quite well by having a multitude of retreat centres. MycoMeditations is perhaps the most famous retreat of its kind in Jamaica. Like Brazil, the Government does not play a role in the distribution or selling of the substance. Most of the sellers in Jamaica are small shops or individual sellers.

Samoa, a small island in the South Pacific Islands it is currently legal. In the 1970s, a group of Samoan teenagers discovered its psychoactive effects. However, while there was an increase in usage in the country, many felt that the mushrooms did not pose a significant health risk. However, the Government plans to make it illegal in the future. This is due to the unfortunate reality that they being increasingly used by Samoan youth.

A rather comical loophole in the Netherlands allows for the use of psilocybin mushrooms, but only in a truffle form. Mushrooms are openly sold in the plethora of Smart Shops across the country. Like Jamaica, retreats are also growing in the Netherlands with Synthesis Retreat in Amsterdam being the most popular of its kind.

A few general observations can be taken from countries where psychedelics are fully legalized.

Governments should play a role in Distribution and Selling

This by no means encourages the consumption of psychedelics. Instead, it ensures the safety of these substances. As well, it can help enforce age minimums. It also provides a growing economic sector. Imagine if the legalization of Cannabis in Canadas did not include Canada being at the forefront of selling and production of Cannabis. It would have been an absolute waste in terms of the safety of the legalization, but also a massive missed opportunity economically.

Austria and Czech Republic have proven that by developing thorough Harm Reduction strategies.  It is not that Government are suggesting to never try psychedelics, it is more that they should be done safely and in moderation. By developing these resources, individual either by choice or not, can have access to these services.

It will be absolutely fascinating to observe how other countries attempt to decriminalize or legalize Psychedelics in the future, and how they learn from the current way in which countries are legally approaching Psychedelics !