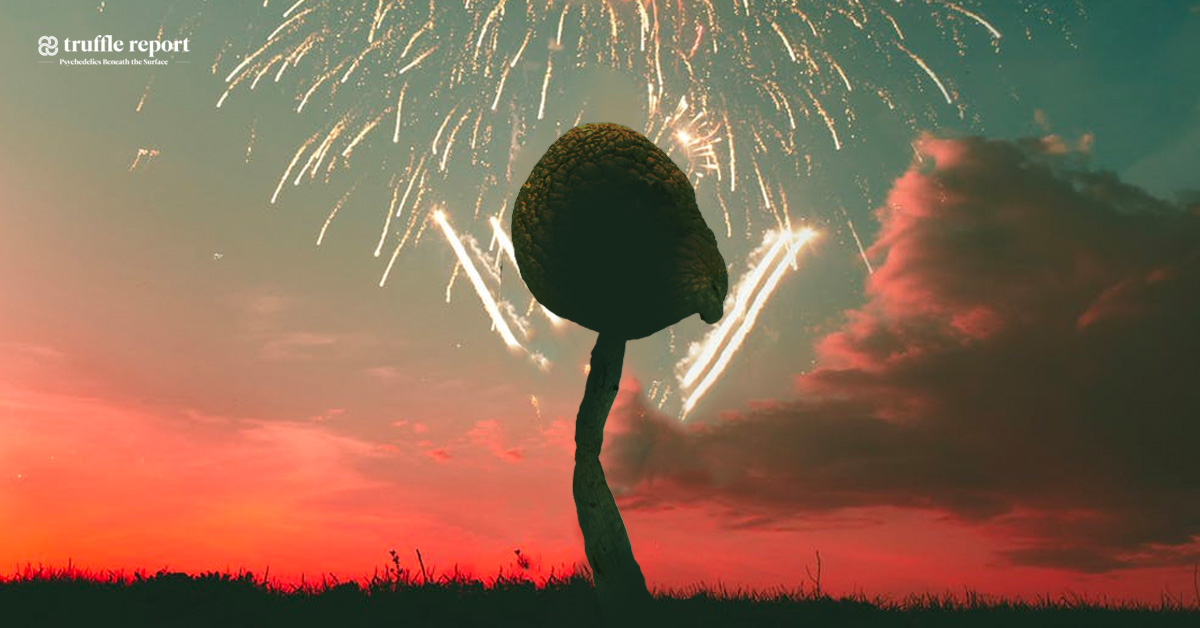 The past year has been full of significant achievements for the emerging psychedelics industry. Let’s take a look back at some of the milestones achieved across research, education, access, and more during 2021.

2021 brought a number of exciting research developments in the psychedelics sector. In May, results from a Multidisciplinary Association for Psychedelic Studies (MAPS)-sponsored Phase 3 study on MDMA-assisted therapy for severe post-traumatic stress disorder showed that this protocol is an effective treatment for the condition. 88% of participants experienced a clinically meaningful reduction in their PTSD symptoms, and 67% no longer qualified for a PTSD diagnosis. This landmark study was so successful that it is now being expanded into Canada with the assistance of mental health care company Numinus Wellness.

There has also been early evidence to show different psychedelics could potentially treat a range of other conditions (including rare diseases) such as amyotrophic lateral sclerosis (ALS), short-lasting unilateral neuralgiform headache attacks (SUNHA), and complex regional pain syndrome (CRPS).

This year also brought with it many prestigious higher education institutions creating or expanding on research programs specifically for psychedelic studies, which has brought additional validation to the potential of these substances.

In February, New York University Langone Health established its Center for Psychedelic Medicine thanks to $10 million in philanthropic donations. Another significant development in June was the launch of the Project of Psychedelics Law and Regulation (POPLAR) at Harvard Law School’s Petrie-Flom Center for Health Law Policy, Biotechnology, and Bioethics. This project aims to promote safety, innovation, and equity in psychedelics research. The University of Wisconsin-Madison School of Pharmacy has also launched The Transdisciplinary Center for Research in Psychoactive Substances, which is focused on improving diversity in psychedelic studies.

Further, many highly ranked education institutions are expanding their offering regarding the options available to study psychedelics. This year, UW-Madison launched the world’s first-ever Master’s program in psychedelic science. The University of Ottawa also announced it is now offering a virtual microprogram on Psychedelics and Spirituality Studies.

The past year has seen the decriminalization movement in North America continue to gain ground. Jurisdictions including Port Townsend (Washington), Detroit (Michigan), Easthampton (Massachusetts), Arcata (California), and Grand Rapids (Michigan) have decriminalized the personal possession and use of certain psychedelics. Seattle (Washington) also became the largest American city to date to decriminalize the sharing, cultivation, and use of psychedelic plants and fungi in October.

While California hit pause on its historic decriminalization bill to allow for time for it to gain support through education and lobbying, which is now set to come before lawmakers in 2022, other American states have made progress on their own decriminalization measures. This includes New York, where a lawmaker introduced a bill that would allow the research and medical use of psilocybin. A bipartisan bill allowing for research and clinical studies using psilocybin was also filed in the Pennsylvania General Assembly in October.

More broadly, a state lawmaker in Florida has put forward a bill suggesting the decriminalization of personal use and possession of all controlled substances, including psychedelics. The City of Toronto also plans to ask the Canadian government to decriminalize the personal possession of all drugs in the city, following approval of the move by the city’s Board of Health.

On a federal level, in Canada, patients suffering from depression, anxiety, and PTSD continue to be granted exemptions to undergo psilocybin-assisted therapies. Despite a lack of progress this year, advocates note the government has shown interest in possible regulatory reform, which may occur in 2022.

In June, a bill titled the Drug Policy Reform Act was introduced in the U.S., but it is yet to go before the House. If passed, Congress would need to adopt a health-focused approach to substance abuse, expunge criminal records, and eliminate the consequences of drug arrests such as convictions and the denial of benefits.

Falling Down the Rabbit Hole to Wonderland

For an industry that has primarily gathered virtually for conferences and networking, November brought an exciting opportunity for global psychedelic business and scientific leaders: the chance to gather in person. Across two days in November, Microdose’s Wonderland Miami conference — the largest psychedelic medicine business event held to date — brought together celebrity advocates, lobbyists, policy experts, researchers, entrepreneurs, and investors for keynote speeches and panel discussions.

Later in November, this event was followed up by Lift and Co.’s first Psychedelic Business Summit held in Toronto, Canada. This event brought together businesses, influencers, advocates, and media from across the psychedelics industry for networking and connection.

In the past year, three psychedelics-focused ETFs have become available to investors. After Horizons ETFs Management’s Psychedelic Stock Index ETF (PSYK) launched in January on Canada’s NEO Exchange, two other ETFs — the Defiance Next Gen Altered Experience ETF (PSY) and Advisorshares’ Psychedelics ETF (PSIL) — launched on the NYSE Arca in the United States.

What’s Next for Psychedelics?

While there was progress across the sector this past year, there’s still a long way to go to reduce the barriers that remain to access these potentially life-saving substances. Driven by research, in 2022, we hope to see further regulatory changes on local, state, and maybe even a federal level concerning the scheduling and legalization of psychedelics.