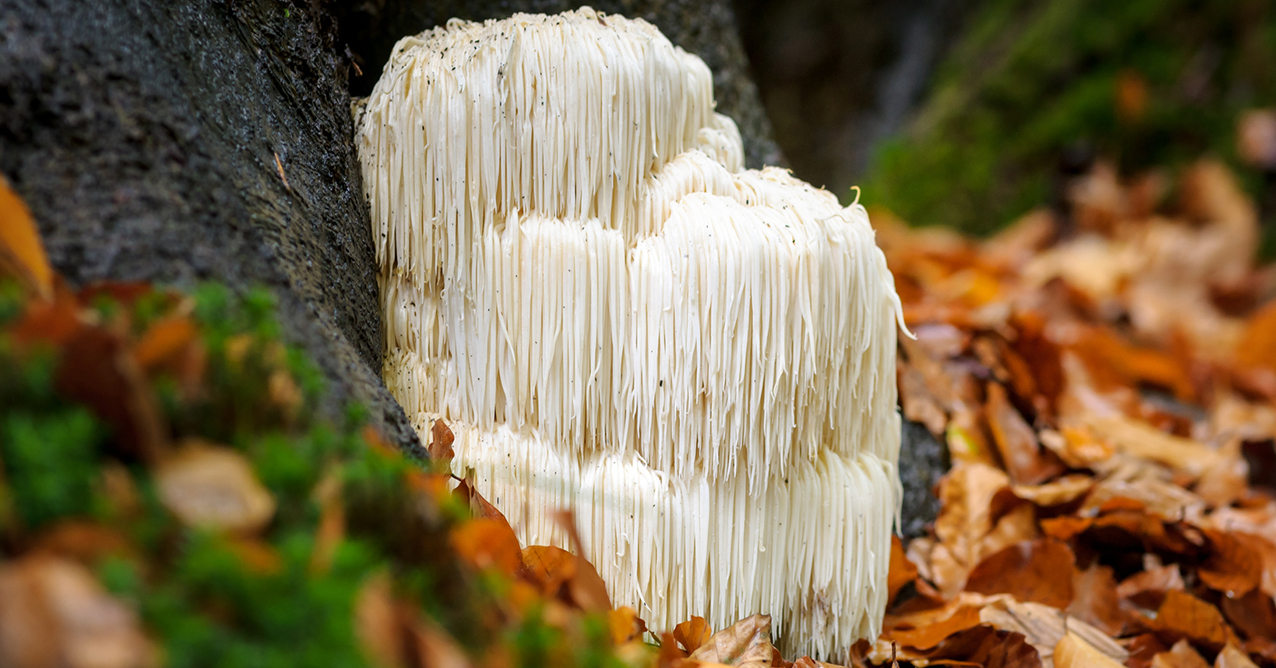 Hou Tou Gu or yamabushittake, the alternate names of Lion’s mane are known to have both medical and culinary uses in the mushroom world. It’s sometimes referred to as the “smart mushrooms” as its benefits are mostly focused on brain support and cognitive function.

The physical appearance of the mushroom itself is white, kind of bushy, and unironically reminds you of a lion’s mane. It’s often used in food, either raw, cooked, dried, or even steeped in tea. People describe the flavor as seafood-like, crab, or lobster properties some would say.

The other way to consume this mushroom would be in the form of supplements, using the mushroom extract. The species name is Hericum Erinaceus and they belong in the tooth fungus group which are mushrooms that look like teeth or have spines-looking aspects.

This mushroom is native to North America, Asia, and Europe and has had a long history of use (like many others) as traditional Chinese medication and was reserved for royalty, Lion’s Mane mostly for brain and neurological health. It’s said that Buddhist monks used the mushroom powder as a tea to promote and enhance brain power and focus when they meditate. It’s also historically been used to “fortify the spleen, nourish the gut and fight cancer” in traditional folk medicine and Asian medical cuisine.

Lion’s mane is a type of nootropic which is a substance that enhances nerve cognition and conduction, useful for coordination and agility. This type of mushroom is advantageous for people looking to improve their focus on performance and training.

It’s already used as supplements both for health promotion as well as overall wellness. It’s proposed that this mushroom can help with various health problems such as Alzheimer’s, anxiety, depression, high cholesterol, inflammation, Parkinson’s disease, and ulcers.

In terms of wellness, the polysaccharides and specifically beta-glucans contained in this mushroom support immune health, overall wellness, healthy cell growth, and turnover. It provides nourishment for the brain by crossing the blood-brain barrier and supporting brain cells. Companies like Gaia Herbs sell supplements to promote mental clarity and brain health and recall.