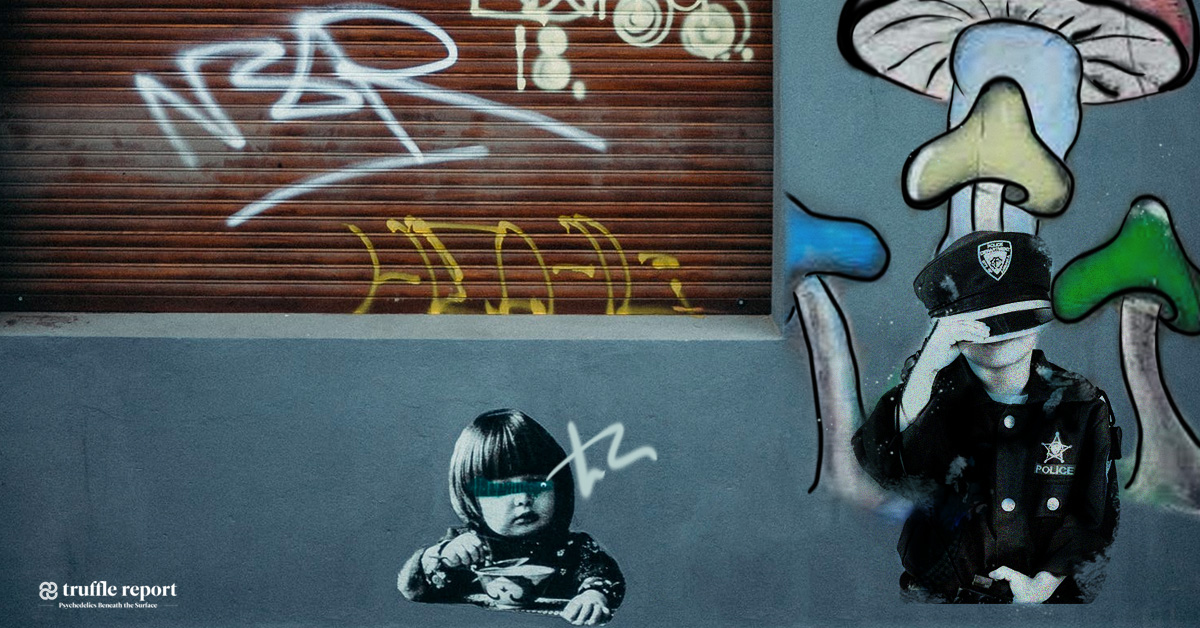 In an ongoing lawsuit against the Drug Enforcement Administration (DEA), lawyers argued before a three-judge panel of the U.S. Court of Appeals for the Ninth Circuit whether palliative patients should have a right to access psilocybin — a Schedule I Controlled Substance — via the Right-to-Try Act.

Dr. Sunil Aggarwal, co-director of the Seattle-based palliative care clinic Advanced Integrated Medical Sciences (AIMS), sued the DEA in March for denying two terminally ill patients access to psilocybin under the Right-to-Try Act (RTT). A federal law enacted in 2018, RTT allows patients with life-threatening conditions to try “eligible investigational drugs”, which include those that have successfully cleared a Phase I trial.

During the oral argument on September 2, the judicial panel expressed skepticism at the beginning, questioning whether the DEA’s response denying the request for psilocybin could even be appealed in the court.

“Isn’t that the beginning and the end of this case?” interjected Judge Ryan D. Nelson as attorney Matthew Zorn, representing the patients and the clinic, began his argument. “They wrote, seeking instructions on how to proceed… So if they sought instructions, how can a response to a request for instructions ever be a final order?” the judge said. The DEA submitted a response in June, saying the court lacks jurisdiction over the petition, and that the Controlled Substances Act (CSA) limits judicial review to its decision.

Zorn, who is an associate with Yetter Coleman Group, explained, “It’s because of the specific response in this case, and that response was, ‘there’s no process.’” He continues, “Because the agency (DEA) said there is nothing for you to use, we have nowhere to go.”

The Washington State Deputy Solicitor General Peter Gonick, during the oral argument, sided with the patients, and reminded the judges of the state and federal RTT laws.

“Allowing the DEA to prevent patient access to investigational drugs runs contrary to the principles of federalism,” Gonick tells the panel. So far, 41 U.S. states have adopted RTT statutes.

He says, “It is entirely consistent with the purpose and language of the state and federal Right to Try laws to include any controlled substances that have completed phase one trials, including Schedule I substances, that are currently being actively investigated. It’s entirely inconsistent with the Right-to-Try laws to prevent patient access to these treatments, merely because the drugs have not yet been determined to have an accepted medical use setting.”

The Department of Justice (DOJ) appellate lawyer representing the DEA, Thomas Pulham, stood by the argument made by the agency in its response, suggesting the case should be dismissed on grounds of lack of jurisdiction.

“It was an informal response to a request for assistance from a member of a regulated community, that did nothing more than provide the agency’s view on existing law,” he said.

Now listed as one of the ‘cases of interest’ on the homepage of the U.S. Court of Appeals for the Ninth Circuit, the attorneys say they are “cautiously optimistic” on the success of the lawsuit in favour of their patient clients.

“A lot of the argument was about the finality of the agency’s action and I think my co-counsel did a great job in helping the court understand that it was a final determination that is properly before the court,” says Kathryn Tucker, Special Counsel with Emerge Law Group, representing the clinic and its two patients.

If a ruling is made in favour of patients, there’s a possibility that the court will direct the agency to create a legal pathway for access. However, if the lawsuit isn’t settled in their favour, Tucker shares that the clinic and patients can petition the Ninth Circuit for a rehearing en banc. This means a larger panel of Ninth Circuit judges would be asked if they want to reconsider the case.

Tucker tells Truffle Report, “It’s a rare mechanism but this is an important case, and the case of the first impression — a case in which a multitude of states have stepped forward and supported petitioners along with a cohort of other important voices in the amicus briefs.” Another alternative would be to ask the Supreme Court to grant the petition for review.

“I was particularly heartened by the discussion near the end of [the] argument of Supreme Court precedent requiring DEA to permit access to another Schedule I tryptamine class substance to accommodate religious practice,” he says. “The urgent medical needs of seriously ill and terminally ill patients that Right-to-Try laws protect are just as important and truly have an existential dimension, which is a spiritual health and safety issue, and this in fact is a natural extension of the human right and need for respecting and protecting religious and spiritual freedom in a humane civilization,” Dr. Aggarwal adds.

Dr. Aggarwal initially reached out to the DEA in November 2020, weeks after Oregon became the first state to legalize psilocybin-assisted therapy. In his petition, he had requested access to psilocybe mushrooms to produce psilocybin for therapeutic use under the RTT Act. In January, he and his attorney followed up on the petition with the DEA, resulting in a denial of access a month later.

Ever since the lawsuit garnered national attention, Dr. Aggarwal told Truffle Report that his clinic has been receiving requests from patients and clinicians interested in accessing or providing psilocybin-assisted therapy. “We, unfortunately, have to tell them, we don’t have the ability to do it,” he says.

Dr. Aggarwal expressed optimism toward the anticipated ruling. While a favourable verdict would allow the two patients in question access to psilocybin under RTT, it could also potentially open avenues for other clinicians interested in providing similar services with psilocybin and other psychedelic substances like MDMA, which are currently under investigation. At present, ketamine is the only psychedelic substance available as a legal clinical treatment for mental health distress in the U.S. and Canada.

Last week, the DEA also proposed an expansion in quotas for the production of psilocybin, psilocin and cannabis for research purposes, a reflection of the growing interest in the scientific exploration of Schedule I substances for treating various ailments.