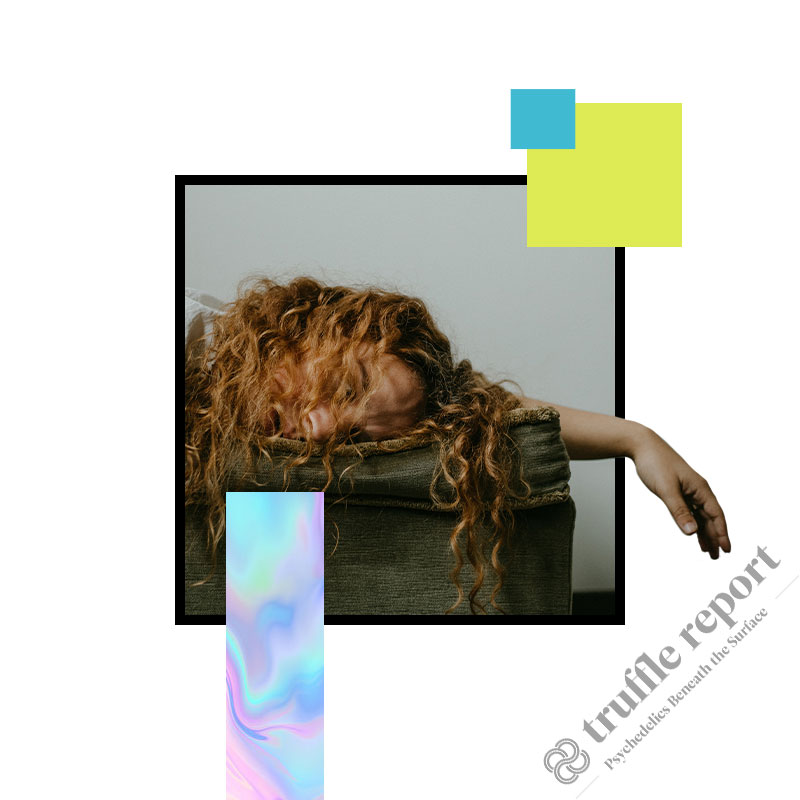 Depression is one of the most common mental health disorders, with an estimated 264 million people around the world struggling with the condition. As with most mental illnesses, treatment usually involves a combination of psychotherapy and medication which works for some patients, but approximately one third of all depressive patients are treatment-resistant. When it comes to teenagers, the numbers can be just as discouraging. Substances like ketamine and DMT show great promise for treating the disorder in adults. These positive outcomes lead researchers to believe that psychedelics, and ketamine in particular, could also be feasible and effective when treating severe adolescent forms of depression.

Depression in teenagers is unfortunately very common. Nearly one in five teeangers experience mejor depressive disorder, with suicide as a result being the second leading cause of death in this age group. It is also estimated that around 40 percent of adolescents with major depressive disorder fail to respond to initial treatment with SSRIs.

Teen depression is a serious condition that causes persistent feelings of sadness and loss of interest in activities that were once enjoyable, similar to depression in adults. This disorder affects how a teenager thinks, feels, and behaves, can cause emotional, functional, and physical health problems.

Adolescent depression can be triggered by issues such as peer pressure, academic expectations, and changing bodies. Hormonal changes may also play a role. Although depression has some general characteristics, symptoms may be different between teens and adults. Emotional highs and lows are a normal part of adolescence, but when those lows are more than just temporary feelings they become a symptom. The volatile nature of teenage mood swings sometimes makes adolescent depression difficult to diagnose.

Intravenous Ketamine for Adolescents with Treatment-Resistant Depression: An Open-Label Study

An open-label study conducted by the University of Minnesota and published in the Journal of Child and Adolescent Psychopharmacology explored the potential of ketamine for treating adolescent depression. In this particular trial, thirteen participants between the ages of 12 and 18 who had previously failed to respond to conventional depression treatment were administered six ketamine (0.5 mg/kg) infusions over 2 weeks.

The study showed that treating adolescents with ketamine was safe and effective. No negative effects were observed and all patients showed a significant decrease in depression symptoms. However, the study was limited because of its open-label nature and small sample size. It also didn’t answer questions regarding the long-term safety of ketamine as a depression treatment for the age group, but did provide a good foundation for other treatments to come.

A randomized, active placebo-controlled clinical trial evaluating the effects of ketamine on adolescent depression was conducted by Yale University and published in the American Journal of Psychiatry in March of 2021. The purpose of this study was to evaluate the intermediate-term efficacy and tolerability of ketamine infusions in comparison to midazolam, a benzodiazepine, for the treatment of treatment-resistant major depressive disorder in teenagers.

The study followed a randomized, double-blind, single-dose crossover design and it involved 17 participants between the ages of 13 and 17 with a diagnosis of major depressive disorder. They had also previously tried at least one antidepressant medication and had a score of >40 on the Children’s Depression Rating Scale-Revised. Each participant received a single intravenous infusion of either ketamine (0.5 mg/kg over 40 minutes) or midazolam (0.045 mg/kg over 40 minutes), and of the opposite compound two weeks later.

The study’s results showed that a single ketamine infusion significantly reduced depressive symptoms 24 hours after infusion compared to midazolam. The treatment’s positive effects associated with the substance appeared to be persistent and remained 14 days after the administration of the drug. A greater proportion of participants also experienced a response to ketamine during the first three days following the infusion compared to midazolam (76 percent and 35 percent, respectively). Ketamine did produce some self-limited dissociative symptoms that affected participant blinding, but no serious adverse events were reported.

This first randomized placebo-controlled clinical trial suggests that ketamine is well tolerated and has significant short-term efficacy in reducing depressive symptoms compared to an active placebo.

The adolescent brain is different from the adult brain. The prefrontal cortex and hippocampus, which are critical for executive control and decision-making, are still maturing. Whether a treatment works or not in adults does not necessarily mean that it will have the same effects in children and teenagers. It is also necessary to consider not just the efficacy but possible side effects and risks. It is very important that professionals leading these novel studies establish safety and efficacy while having in mind the unique neurobiology that children have. While the initial trials show that ketamine can be safely administered to younger patients, more studies are needed before getting to a definite conclusion.

Hopefully more trials involving teenagers will be conducted in order to find viable and effective treatments for them too. After all, healthy teenagers have a better chance to become healthy adults.