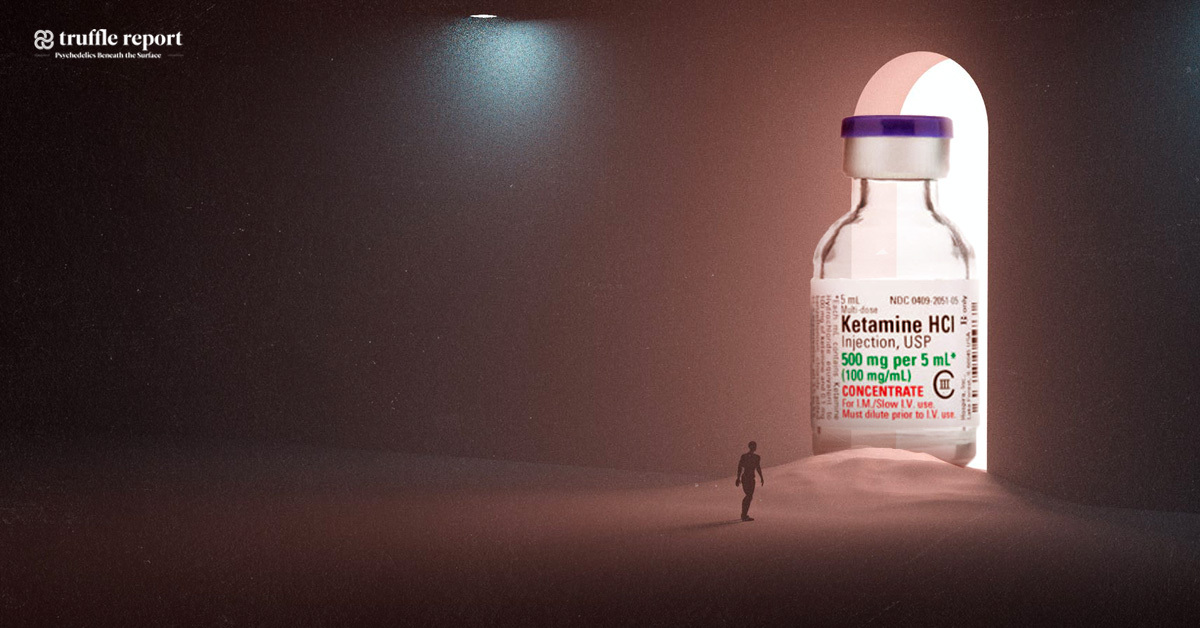 Ketamine Therapy For Depression Is Entering Mainstream Health: Here’s What You Need To Know

Depression is an extremely common mental illness, with more than 264 million people affected globally. There are many treatments on offer when it comes to dealing with depression. A combination of a ketamine infusion therapy or nasal spray coupled with psychotherapy and antidepressant medications such as Prozac or Zoloft is increasingly viewed favorably next to the conventional approach.

All of this comes with the caveat that prescription drugs can be too expensive for people without health insurance and $150 therapy sessions are simply not accessible for everyone. Unfortunately, depression has become a very lucrative treatment market, with little in the way of tangible results. The global anxiety disorders and depression market is expected to reach a value of $18.3 billion by 2025. It is no surprise that alternative therapies are on the rise.

In the past few years, many researchers have noticed the powerful impact that psychedelic therapy can have on symptoms of depression, especially ketamine-assisted psychotherapy.

How is Ketamine Being Integrated Into the Treatment of Depression Symptoms?

Ketamine has a controversial history. Originally synthesized as an anesthetic for the treatment of chronic pain conditions in the early 1960s, it quickly began to be used and abused as a recreational party drug. Those with a history of substance abuse are advised to avoid ketamine nasal spray and infusions. A reputable health care provider and/or ketamine clinic will conduct the necessary screening after a diagnosis of severe depression. Prospective patients who demonstrate a potential for abuse will likely be turned away.

In modern medicine, ketamine is drawing a lot of positive attention for it’s use in combating treatment-resistant depression, with the FDA granting approval in March of 2019 to its derivative eskatime’s use in nasal sprays, which was followed shortly by an increase in treatments with intravenous infusions. This use has since expanded expanded to a variety of mental health conditions.

In 2000, a study by Biol Psychiatry found that ketamine had strong, fast acting, and long-term effects on depression. In a randomized, placebo-controlled trial, seven patients with major depression received 0.5 mg/kg of ketamine or a saline solution. Researchers found that subjects showed significant improvement in depressive symptoms within 72 hours after receiving ketamine, but not the placebo infusion.

Another placebo-controlled study carried out by the Mood Disorders Research Unit at the National Institute of Mental Health between 2004 and 2005 found similar results in a group of 17 patients with major depressive disorder who were resistant to other treatments. Those who received ketamine instead of the placebo showed significant improvement in symptoms within 110 minutes, with 35 percent maintaining the response for at least one week.

According to the specialists, rather than being a first-line treatment, ketamine is given when antidepressants and other treatments don’t work. Ketamine infusions are administered by an IV in the arm, with effects usually lasting for a few days or even weeks. It is also usually administered in a decreasing sequence: patients receive three infusions the first week and move on gradually to receiving one infusion per month.

Doctor Steven Levine is recognized for being one of the first psychiatrists and mental health experts to use ketamine outside of research and apply it to treatment. He is also known for being the Founder and the CEO of Actify Neurotherapies, a psychedelic and ketamine treatment center that had nine locations and was active from 2011 to early 2020.

Levine has treated more than 3,000 patients with ketamine since 2011. According to him, ketamine is a better option for depression because most commonly prescribed antidepressants don’t tend to be fast-acting. SSRIs, a common class of antidepressant, can take weeks or even months before the patient experiences significant relief, if at all.

As for the potential to become addicted to ketamine, Levine says that in very low doses, in a medical setting, with lack of access at home and infrequent dosing, there is virtually no potential for addiction or abuse.

Doctor Will Siu completed his psychiatry training at Harvard Medical School and was trained by MAPS to provide a variety of psychedelic-assisted therapies. After his appearance in Netflix’s hit show The Goop Lab With Gwyneth Paltrow, Siu became a household name when it comes to psychedelic therapy.

In an interview with Goop, Siu also stated that a dose of ketamine acts far quicker than conventional antidepressants and psychotherapy.

“A specific patient of mine blew me away with her ability to open up during ketamine-facilitated therapy after three or four weeks. It’s likely we could have reached that point of emotional release with just talk therapy, but it would have likely taken significantly more time,” he said.

Essentially, ketamine helps bring deep-rooted emotions to the surface. Complementary psychotherapy is extremely important because it allows us to work through and examine those emotions in a safe, freeing and controlled environment.

Siu’s ketamine-assisted psychotherapy is not “a la carte”. If a patient shows interest, it takes a few regular psychotherapy sessions before deciding whether or not to start working with the ketamine for depression.

Siu describes ketamine-assisted psychotherapy as an integration work. After the initial ketamine experience, he’ll meet with his patients weekly and discuss the experience. According to him, they explore what was seen and felt in a way that allows for personal discovery that wouldn’t be achieved without the ketamine.

What are Ketamine’s Drawbacks?

While it can be an effective treatment for depression, not enough is known yet about Ketamine’s potential negative consequences, especially when used long-term.

One of the major drawbacks, according to researchers, is the fact that the beneficial effects of the drug wear off after 7-10 days, which means that patients have to recieve infusions on a regular basis. Some studies have also shown that, in extreme cases, high dosages can be toxic to brain cells and cause bladder damage.

Please seek out medical advice on the effects of ketamine from your family doctor before considering treatment.

Ketamine’s other potential side effects can include elevated heart rate and blood pressure, dizziness, nausea, drowsiness, and poor memory. However, these are uncommon in controlled, supervised environments, where the dissociative effects of ketamine can actually be beneficial.

Finally, ketamine-assisted therapy can be very expensive. Psychedelic therapy is not usually covered by insurance companies, though there are some exceptions. Ketamine infusion therapy comes in at an average cost of around $450 per treatment, and often be much more.