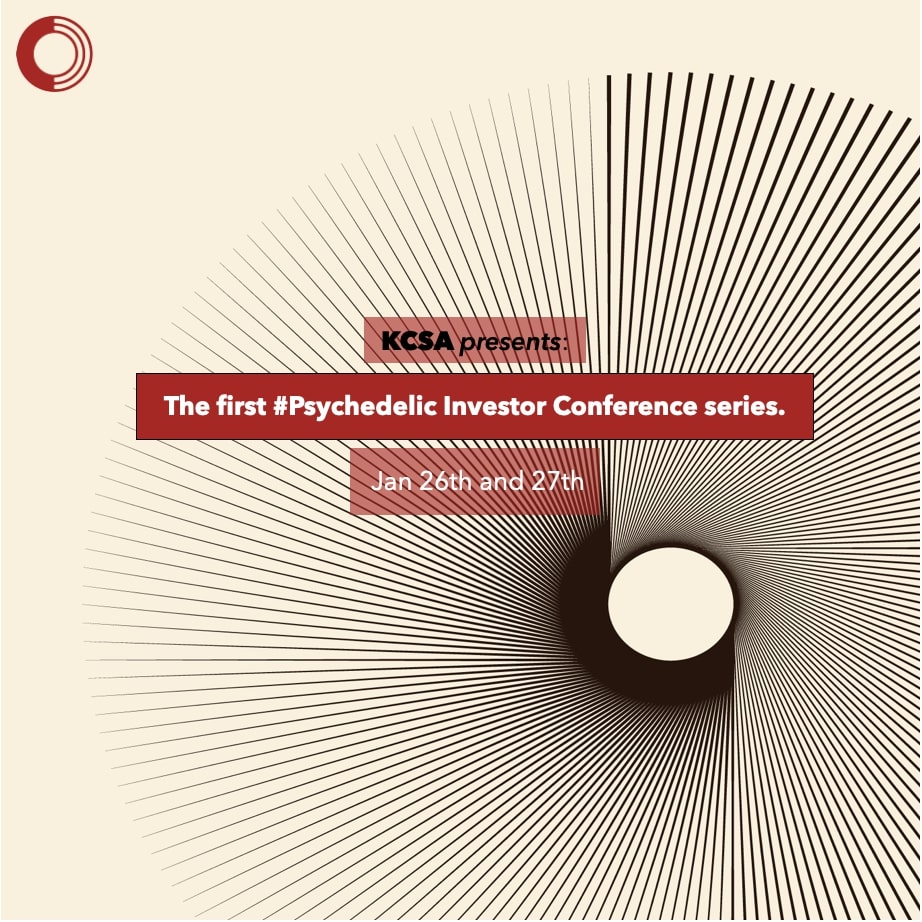 From Hockey Pro to CEO

A personal battle with anxiety and depression led Canadian professional hockey player Daniel Carcillo to the psychedelics field. Five years ago, the two-time Stanley Cup champion was forced to retire from the sport at the age of 30 due to suffering from post-concussion syndrome. Now the co-founder and CEO of emerging life sciences company Wesana Health, Carcillo told conference attendees that prior to discovering psychedelics he had made plans to take his own life. “A former teammate reached out and I participated in a psilocybin ceremony. I woke up feeling different —I had a zest for life,” he said.

Following the psilocybin ceremony Carcillo noticed a reduction in his anxiety, depression, and light sensitivity, and that he was able to reconnect with his wife and kids. He then began to pursue research on the use of psilocybin as a novel care option for traumatic brain injury (TBI) survivors, co-founding Wesana Health. Wesana Health is focused on the use of psychedelic therapy to treat TBIs and is moving to preclinical work and filing regulatory applications in the United States and Canada following a recent round of capital raising.

“What’s really scary is the leading cause of death following a TBI is suicide,” Carcillo said. “I’ve been to that place —it’s very real and scary. This medicine can be extremely beneficial compared to the medicine we have now which can exacerbate suicidal ideation. It’s time for a new solution to old problems.”

Capital Market Trends to Watch in 2021

Ham said in 2021 he expected to see a lot of mergers and acquisitions (M&A) in the psychedelic sector, adding that in Canada he expected companies to list on the CSE and NEO exchange over trying to raise money privately. “It’s an easy choice. Canada has welcomed smaller, high-risk sectors —we’ve seen that with both cannabis and the psychedelics space,” he said.

Hoover agreed M&A would occur and said this would benefit investors through monopoly gain. “We are very bullish on the sector, we are bullish on the medicine, and we are bullish on the returns,” she said. She added that underlying intellectual property and company management was important for psychedelic companies. “Great management with B-level technology can be very successful, people often talk about Microsoft and Apple in that regard, whereas great technology without management is going to be bought by someone else,” Hoover said. “We want the whole package.”

Harris said that he expected the trend of intense capital raising would continue in 2021 followed by companies moving into the US stock market. “I expect Canadian entities or international entities who have listed in Canada, where a NASDAQ listing makes sense for them will migrate to NASDAQ,” he said. Harris added that investors needed to avoid “science projects.” “A management team with the ability to execute is essential,” he said.

The Role of Non-Profit Organizations in the Psychedelic Sector

In his keynote address to the conference, MAPS director Rick Doblin highlighted the nonprofit’s work in psychedelic research since its inception in 1986, and how this has influenced the sector today. “The reputation of psychedelics has fundamentally changed because of the work of nonprofit organizations and drug policy reformers. Now that marijuana is legal in Canada and a lot of states in the US, that has also contributed to the change in attitude to psychedelics,” Doblin said.

He added that part of the success of the sector was due to the experiences of people taking psychedelics illegally. “Millions of people had those illegal experiences and to the most part they have been beneficial, there’s a lot of stories about people whose lives became enriched. I’d say it was idealism and hope that made people donate to us during the hardest time during the war on drugs,” Doblin shared. He added that more recently, due to MAPS’ research on psychedelic treatments for post-traumatic stress disorder (PTSD), the nonprofit has attracted larger donations from veterans organizations.