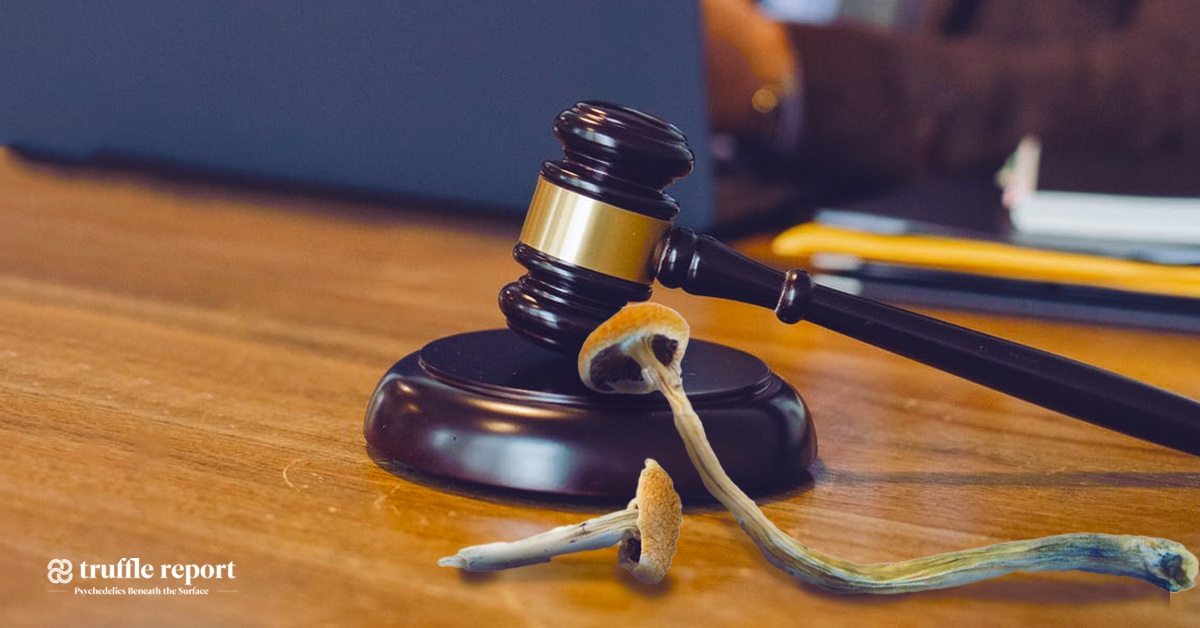 The month of June was historic. The first-ever federal bill to end criminal penalties on controlled substance possession made its way to the U.S. Congress on the 50th anniversary of the declaration of the War on Drugs. On a state level, Texas and Connecticut both approved bills to study psychedelics, while California’s psychedelics decriminalization bill narrowly passed a state Assembly committee.

Here’s our roundup of psychedelic legal news fro the month of June.

A bill to decriminalize possession of drugs was introduced in the U.S. House of Representatives on June 17, timed with the 50th anniversary of the Nixon Administration’s declaration of a War on Drugs.

Sponsored by Representatives Bonnie Watson Coleman (D-NJ) and Cori Bush (D-MO), Bill H.R. 4020, asks Congress to “refocus its strategies” for addressing substance use, and turn to a strategy that is “health-focused, evidence-based, and respectful of self-determination.”

The Drug Policy Reform Act, if passed, would end criminal penalties on small amounts of drug possession, and would recast the issue in healthcare terms — rather than involving the criminal justice system — by placing the Department of Health and Human Services in charge of drug policies, and asking HHS to establish a Commission on Substance Use, Health, and Safety.

Drug Policy Alliance (DPA), a national organization leading the drug decriminalization movement in the U.S., worked on drafting the language of this bill with the sponsors.

“It’s a historic moment,” Queen Adesuyi, Policy Manager with DPA told Truffle Report in an interview. “It’s an important moment for the drug policy reform movement. We’ve seen progress when it comes to cannabis reform but now, we have a bill that would end criminal penalties for all drugs. That’s the direction that we want to go when we talk about ending the War on Drugs,” she added.

Texas and Connecticut Will Study Psychedelics

Rep. Alex Dominguez’s legislation will initiate a study of psychedelic substances — psilocybin, MDMA, and ketamine — for therapeutic benefits, and for the treatment of mental health issues in military veterans.

Connecticut’s Department of Mental Health and Addiction Services (DMHAS) will be conducting the study into the health benefits of psilocybin, and the recommendations on its finding will be submitted to the Public Health Committee by January 1, 2022.

Assemblywoman Linda Rosenthal (D) introduced a new bill in the New York State Assembly on June 2, seeking to establish a state-funded research institute to study the therapeutic benefits of psychedelics.

Bill A07928 proposed to amend the existing public health laws and form a psychedelic research board ‘‘to facilitate clinical programs’ to investigate the safety and efficacy of psychedelic substances for the treatment of mental healthcare issues.

The proposed body, the Institute for Therapeutic Psychedelics Research (ITPR), would be responsible for ‘administering the provisions of this bill. It would also coordinate New York State’s policies for the use of psychedelic substances in the ‘treatment of substance use disorders, depression, post-traumatic stress disorder, end-of-life anxiety and other conditions.’

California’s bill passed the full Senate floor vote as well as an Assembly committee within the space of a month.

SB 519, titled ‘Controlled substances: decriminalization of certain hallucinogenic substances’, proposes to decriminalize possession of psychedelic substances including psilocybin, MDMA, LSD, and mescaline. If passed, the legislation would ask the California Department of Public Health to establish a working group to study the recommendations on the state’s regulatory system for equitable access. The report would be due by January 1, 2024.

The state Senate passed the psychedelic decriminalization bill by a vote of 21-16 on June 1. The bill was then scheduled for its first hearing in the Assembly Committee on June 29.

Sen. Scott Wiener (D), the sponsor of the bill, shared in the committee that ketamine would be dropped from the psychedelics bill.

“Ketamine has huge benefits in terms of treating severe depression, but we understand that there are concerns about it,” Wiener says. “In addition, it can be prescribed by a physician so we’re removing that from the bill in accordance with our discussions with the committee.”

SB 519 passed the Assembly Public Safety Committee by a vote of 5-3.

Seven out of nine council members signed the letter sent to the Overdose Emergency and Innovative Recovery (OEIR) Task Force, asking to “add to their work plan an examination of [the] public policy governing psychedelic medicines.”

The Drug Enforcement Administration (DEA), in its brief submitted on June 25, asked the U.S. Court of Appeals for the Ninth Circuit to dismiss the lawsuit against them for refusing medical access to psilocybin.

Dr. Sunil Aggrawal, a palliative care doctor, sued the DEA for refusing access to psilocybin mushrooms, a psychedelic substance, for end-of-life distress under the Right-to-Try Act.

In the brief, the DEA writes that medical access to psilocybin would boost “drug abuse” and “illegitimate traffic of controlled substances.”

“The idea that denying dying patients psilocybin therapy is necessary to prevent drug abuse and control trafficking is patently ridiculous,” Kathryn Tucker, Special Counsel with Emerge Law Group and the lead attorney to Dr. Aggarwal writes to Truffle Report in an email response.

The DEA says that the court doesn’t have the jurisdiction to review the petition filed against them.

“This Court lacks jurisdiction over the petition for review. The Controlled Substances Act [CSA] limits judicial review to DEA’s “final” decisions,” Acting Assistant Attorney General Brian M. Boynton writes on behalf of the federal agency. “Here, the DEA did not make any kind of final decision. It did not create a new rule or grant or deny an application. DEA merely shared its view of the Right to Try Act.”

The case is scheduled to be heard orally on September 2.