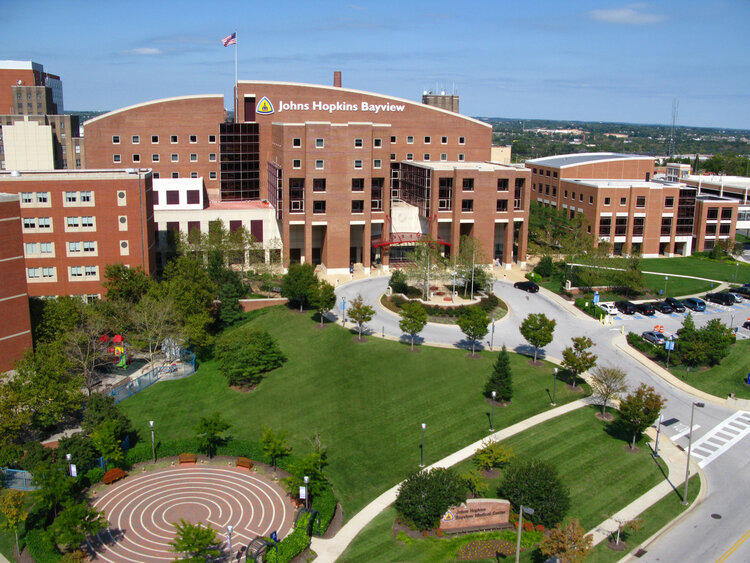 When psychedelic research first made its way to North American scientific circles, it began a long quest for legitimacy in the public eye. The struggle for medical and therapeutic potential to be taken seriously amidst a war on drugs could once have been characterized as a losing battle. That this is no longer the case is owed to a handful of courageous researchers and institutions, with few deserving more credit for the current revival of interest in psychedelics than Dr. Roland Griffiths of the Johns Hopkins Center for Psychedelic and Consciousness Research. Griffiths has been involved in drug and addictions research of one kind or another for decades, and his position as director of this newest center is the culmination of a long-held interest not just in psychedelics, but in the intersection of science and spirituality.

In 2000, prior to the creation of a dedicated establishment, a research group at Johns Hopkins was the first institutional team approved by regulatory bodies to reinitiate the study of psychedelics on healthy volunteer subjects. Between then and the founding of the Center, JHU’s research group generated more than 60 peer-reviewed articles, disseminated in scientific journals. Located at the Bayview Medical Center in Baltimore, MD, the Johns Hopkins Center for Psychedelic and Consciousness Research officially came into being in 2019. As the federal government of the United States is not currently allocating funds for psychedelic research despite regulatory approval for studies, $17 million in private donations had to be raised for its creation. Under Roland Griffiths and Associate Director Matthew W. Johnson, who also serves on the Scientific Advisory Board of psychedelic drug developer MindMed, the center seeks to expand on JHU’s earlier work into psychedelic treatments for addiction, existential distress, and depression.

These early statistics from Johns Hopkins are the basis for much of the current excitement around psychedelic drug development. Protocols for controlled psilocybin administration were standardized, with gentle music, the presence of therapists to act as guides, and masks to both to limit visual and enhance cognitive stimulation. After sessions, smoking cessation studies in particular presented a success rate, meaning a period of six months of abstinence, of more than double typical figures for previous drug trials. Cancer patients suffering terminal diagnoses reported a general alleviation of existential dread and greater acceptance of their conditions.

The private sector is moving to act on the potential of this and other early work, translating studies to clinical trials and new therapeutic practices. While drug companies will undoubtedly be the sight of some future technical and procedural breakthroughs, the Johns Hopkins Center for Psychedelic and Consciousness Research continues laying foundations.

Here are some of the projects on the center’s research roster:

No look at the Johns Hopkins Center for Psychedelic and Consciousness Research would be complete without examining its director. As author/journalist Michael Pollan first remarked in How to Change Your Mind, Griffiths appears at first to be an unlikely sort of rebel. A student of behaviourism under B.F. Skinner during the 1960s at the University of Minnesota, Griffiths has worked for Johns Hopkins in one capacity or another since finishing graduate school. He’s spent that much of that time studying the intricacies of dependence in a list of substances ranging from opiates to caffeine and everything in between. His work on the latter, fifty-five papers in all, helped change perceptions, leading to caffeine addiction and withdrawal being included in the Diagnostic and Statistical Manual of Mental Disorders or DSM5.

Griffiths’ deeper connection to the spiritual came in the 90s through a behaviourist interest in subjective experiences of consciousness. Taking up Siddha yoga and meditation, Griffiths eventually found himself in the midst of both an emotional and spiritual awakening, and growing dissatisfaction with conventional drug research. Through Bob Schuster, former head of the National Institute on Drug Abuse, he was introduced to Bob Jesse, and eventually William Richards, who would begin designing the pilot study in 1998. This would be the same study JHU initiated in 2000.

In 2006, Griffiths began publishing the results of these initial Hopkins studies with a piece in Psychopharmacology titled “Psilocybin can occasion mystical experiences having substantial and sustained personal meaning and spiritual significance”. From his beginnings with the spiritual, he has moved on to that same described intersection with the scientific, as the primary author of further studies on addiction, existential distress in terminal cancer patients, and mystical experiences. He expands on all of these in a widely viewed TEDtalk, concluding both that the data provides evidence for a greater potential efficacy of treatment than anyone would have thought possible, and with the staggering implication that human brains are wired to be able to have mystical experiences, and that they are “biologically normal.” To Griffiths, our own neuroanatomy makes us spiritual beings.

It’s hard to exaggerate just how important the work of the Johns Hopkins Center is for the future of psychedelics, and medicine and psychotherapy as a whole. As investor decks for the initial wave of psychedelic drug companies are increasingly fond of reminding us, mental health and addiction are growing problem areas with low success rates for resolution. Psychedelics, in these early stages, offer the appearance of tangible progress towards a more effective new model of treatment. Beyond that, Roland Griffiths’ attempt to put his finger on the point where the highways of science and spirituality merge (with an off-ramp to commerce) represents a triumph in itself. The early phases of psychedelic research were marked by fears of madness and social unrest. The fringe is moving to the mainstream, and the laboratory science of biochemistry, psychology, and what some might call the soul, are all meeting under this new aegis. Without too much rancor between them, representatives of each and all work to find a key to healing together. Even if psychedelics achieve nothing else, it’s a victory for the human condition.