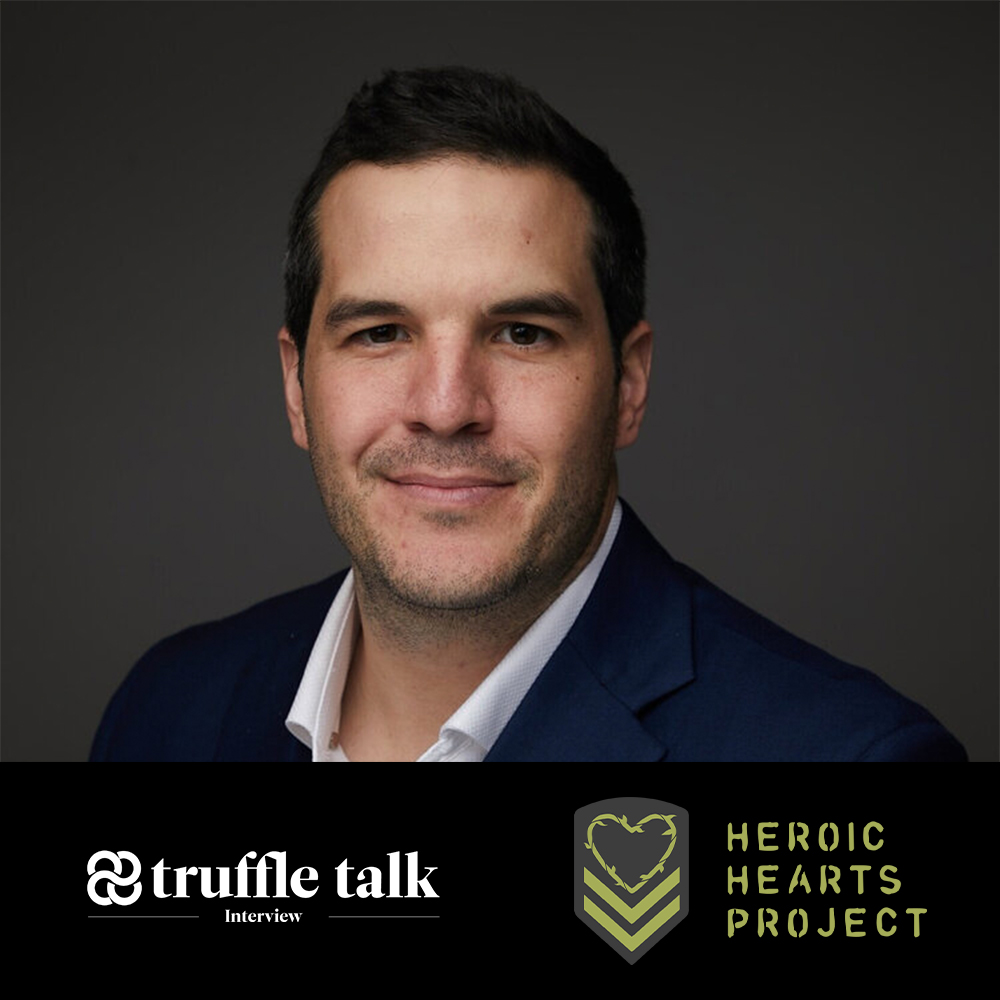 Jesse Gould is a former US Army Ranger who was deployed to Afghanistan three times throughout his military career. He founded the Heroic Hearts Project in 2017 after his own battle with PTSD and recovery through ayahuasca therapy.

“When I got out of the military in 2014. I was trying to go back into civilian life and go to the next phase of my life. I went back into finance. I told other people that I was doing well, I had a good job and a good social network. But on the inside, a lot of these issues started coming up. I was struggling a lot internally with anxiety and depression. I was drinking too much, and I was putting myself in risky situations needlessly. I tried a lot of different things like getting back in shape, getting hobbies and having a better social life. I went to the Department of Veterans Affairs for talk therapy, but they said I needed to do the full protocol, which would probably include medication, and unless I was willing to do that, they couldn’t help me. I left there, and I continued to struggle, and I was just very unhappy and miserable at the end of the week,” Gould said.

“At that time, I heard about ayahuasca. With my background, I had no psychedelic experience and no interest in any illegal drugs, but because I was struggling so much, I just started looking into it. It planted the seed in my brain. I knew at that point that I just had to change some big aspects of my life, otherwise, I would end up in a very bad situation,” he explained.

After completing a course of four ceremonies of ayahuasca therapy in Peru over seven days, Gould realized the “potential power” of the ayahuasca and that it wasn’t “a recreational experience.”

“I felt it almost elegantly rewired my brain and made it work better for me as opposed to trying to kill me or destroy me. For months afterwards, I saw other things in my life change. Things that used to cause anxiety no longer did. I was calmer and more centred. The veteran community has a very high rate of mental trauma and suicide. That’s personally impacted my life, personally impacted Kate’s life, where we’ve known people that have taken their lives or just destroyed their lives on a day-to-day basis. That was the inspiration behind the Heroic Hearts Project. I’m not trying to push this on anybody, but it shouldn’t be as hard or as mysterious as it was for me. The goal was to have this conversation out there, bring information, and it’s evolved into connecting veterans to these ceremonies, whether it’s ayahuasca or other psychedelics, to find the right tools for the right people,” he said.

Three Tiers of HHP and Getting Past the Stigma

“I combined HHP’s mission in three tiers. One is educating. To have the conversation, talk about this, present it to military people in a way that they’ll understand and be comfortable. Two is facilitating. Connecting them to retreat centers that we’ve vetted, that are safe, that we’ve worked with, but then providing them with integration support and coaching. Three is the research side. The research is important to this conversation, and it’s important to push for it all. The more we know, the more we can better figure out what’s best for people,” explained Gould.

“The veteran community, like any other, has their own language. There are ways of talking to them. Trust is a big thing within that community. When they see other veterans, they’re much more likely to listen to them because it’s coming from a familiar voice in a way they’re understanding. It’s more like direct communication for this population. A lot of veterans are just looking for other options, and when they come to us, they see a lot of these success stories, and we’re providing it to them in a safe, accessible manner, that’s what brings them past that. If veterans are still skeptical, we’ll talk with them, we’re not trying to push it on anybody, but if they have questions then we provide them with information as straightforward as possible. It’s almost like talk therapy,” he continued.

Ayahuasca, Psychedelic-Assisted Therapy, and Other Options

HHP is using ayahuasca as the main treatment for veterans. However, they also plan on researching psilocybin and ketamine psychedelic-assisted therapy.

“Everybody’s different, everybody has different traumas, and everybody has different genetics of how they’re going to interact with psychedelics, especially on the organic side. We’ll continue with ayahuasca because, among some of the psychoactive drugs, it works on many different layers, it’s one of the most effective ones for PTSD for veterans. The whole military is based on traditions and warrior culture that dates back through all civilizations. Going through ayahuasca ceremonies wakes the warrior side, and that’s why it appeals to veterans. It has the ceremony, has its culture, and has a tradition. There’s no mistaking that it’s going to be recreational. That’s a big thing for veterans as well because a lot of them have substance abuse issues. We’re also doing a psilocybin study, and that’s being led by the UK branch. We might be going into a  ketamine study this year as well,” explained Gould.

Many veterans are considering psychedelic-assisted therapies as something of a last resort. I questioned Gould about how a psychedelic therapist should approach veterans, in order to best help them overcome their specific mental health challenges.

“It’s just a question of building the trust, based on where they come from. I’ve heard stories that sometimes therapists are afraid to work with veterans, or they’re on different levels. The therapist doesn’t necessarily have to take psychedelics themselves as long as they open with somebody that’s doing it. I know this has been controversial in the mental health space, but I do think it is important for the therapist to understand and try psychedelics. It is so outside of the normal spectrum of thought, and what we do on a day-to-day basis, that it will be very hard to advise and assist somebody on that coming from different planes,” he explained

“Because it’s been ingrained in people’s minds for so long that psychedelics are bad, or these withdrawals will make you go crazy, we need to break the stigma by educating. Obviously, there are costs. Even if psychedelics are legal, how much is it going to cost? Will it be covered by insurance? The other thing is how it’s going to be ruled out as things become decriminalized. We want to make sure that we are being sustainable. That brings people wanting to do better for others and help people out because psychedelics are so powerful. Oftentimes, you get situations where people aren’t necessarily that well trained, or they don’t necessarily know what they’re doing, or they end up becoming dependent, in some ways, on psychedelics. As a result, it’s not bringing them to a better place. It’s just another thing that they’re distracting themselves from their lives with. That’s going to be a headwind of how we figure this out from restriction to constantly be pretty open. Now’s the time to develop protocols and guidelines for people how to use it in a therapeutic or medicinal setting,” Gould concluded.