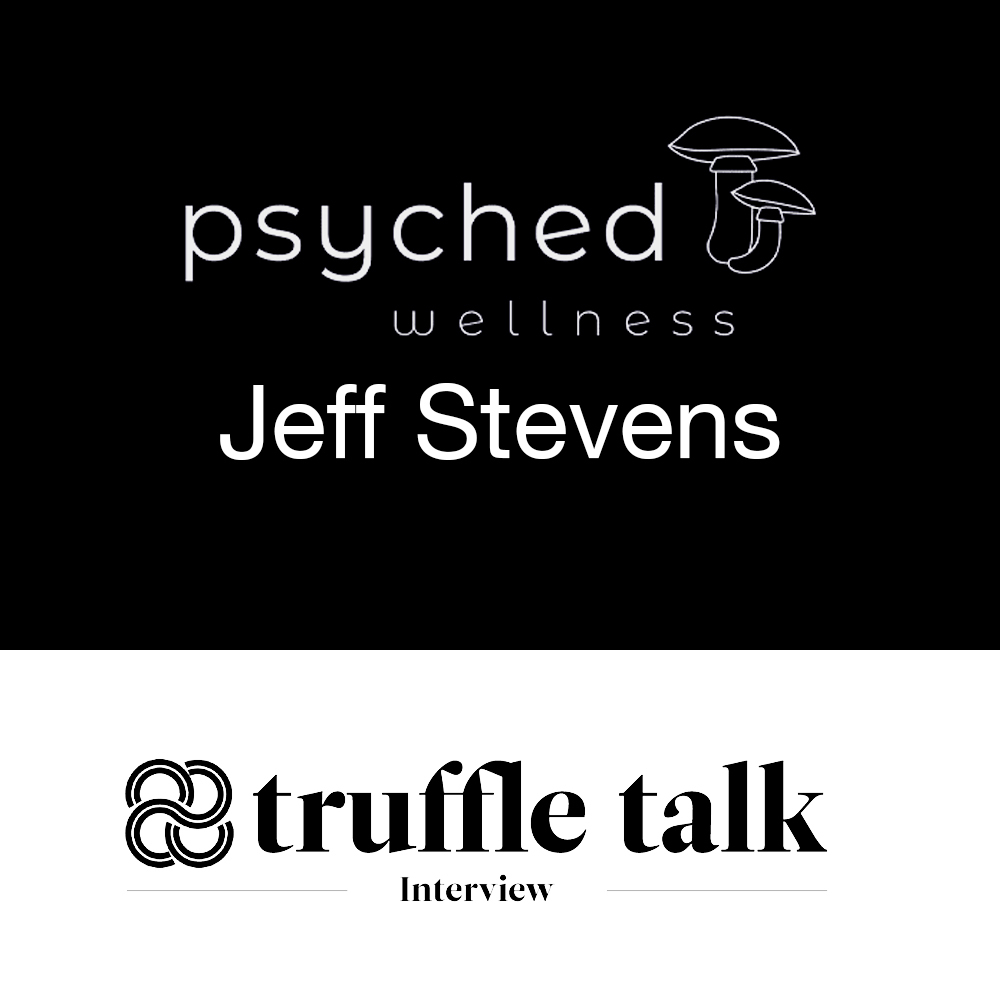 Emerging markets are not always kind, and can be even less so to those who go against the grain. One of my staff previously interviewed Psyched Wellness CEO Jeff Stevens on the subject of his company’s publicized Amanita muscaria extraction. The notion of A. muscaria as a natural health product was met with a certain degree of skepticism by members of our audience, so I felt it was only right to follow up. On the surface, A. muscaria is an unusual choice. I wanted to understand Stevens’ thought process. We started with a bit of his professional background.

“I’ve always been involved in Canadian capital markets,” Stevens begins. “I started right out of university, working as a broker, and from there into the hedge fund world for a few years. Over a period of fifteen years I was the head of a few boutique trading shops, and then about six years ago I jumped to the issuer side. I began working with private companies, structuring them, financing them, taking them public. Psyched Wellness is the fourth company I’ve been involved with taking public and the first time being a CEO, operating from this level. I’m feeling pretty comfortable with it, and I’ve learned through working with others how to manage the Canadian micro-cap environment. Having that experience has given me a unique perspective on how to run the operational business as well as the public market business. As we built Psyched Wellness, it was very important for me to partner with a strong COO to run the operational side so that I could focus on the capital markets and ensure that the public side of the business is being managed properly,” he shares.

Why Amanita? “Wanting to Differentiate Ourselves”

Amanita muscaria is not a controlled substance. It also has the distinction of being the world’s most recognizable species of mushroom. This can work to Psyched’s advantage in terms of establishing branding, but I also wanted to know how Stevens felt about dealing with that aforementioned skepticism.

“When we put the company together, the founding group all knew from our experience in capital markets that first you put together a strong, credible team, then you go and identify a product. We needed to be successful in getting the financing and backing, and it really comes down to the jockey and not just the horse. I think we put together a really strong team. As we move forward with Amanita, we understand the regulatory environment very well, and everything is lining up so that we can apply for our Natural Health Product Licence [Canada] and New Dietary Ingredient certification with the FDA. We have Professor David Nutt, and having him move up from our advisory board to a full board position was a huge vote of confidence. All of this contributed to us identifying A. muscaria as our mushroom of choice.”

“What that really came down to was wanting to differentiate ourselves. We can’t compete with Peter Thiel’s money or COMPASS, so we decided to work with a legal compound where we could have some impact. Amanita has psychedelic properties, was never scheduled as a drug, and I would argue that it’s actually mislabeled as poisonous. A. muscaria has a very low quantity of muscarine, which is a nasty compound. The ibotenic acid, if you don’t convert it to muscimol, can make you quite sick, but you’re not going to die.”

Toxicology and Standing Out in a Crowded Market

Stevens relates an anecdotal case of a young child left in the woods— about 100 years ago, who did consume many mushrooms over a period of days, and sadly, died without the intervention of modern medicine. He stresses that this is the only such case that he knows of. “We’ve done the toxicology, the lab work, to make sure we could have a product that’s safe for human consumption. We checked all those boxes,” he continues. “Our extraction process converts the bulk of the ibotenic acid into muscimol, which is the compound we’re after. The muscarine is at such a low level that it’s not an issue.”

Speaking about the general state of the market for both psychedelics and functional mushrooms as medicine, I mentioned that it was a crowded arena for substances such as psilocybin, or more traditionally used medicinal mushrooms (reishi, lion’s mane, etc.) “We’re not trying to compete with that. Everyone is working for the benefit of mental health, coming to this from a positive viewpoint. Developing Amanita allows us to put products on a shelf while our peers are working on restricted compounds that need major legislative changes. From my perspective on the capital markets side, I can now go to that U.S. audience and say, ‘you’re restricted from buying these other companies that are dealing with illegal compounds. You can buy ours all day. We’re dealing with a legal compound if you want exposure into this sector. By the way, I’ve got professor Nutt and Terry Booth on my board.’ There’s something here.”

It’s an interesting outlook, but I wanted to know more about the product itself. Regardless of Stevens’ feelings on classification, Amanita has a stigma attached to it. “Our first product is going to be a tincture, to help with restfulness and as a sleep aid. Anecdotally, we know it has been used that way. You mention stigma, I’d say that pop culture’s done a great job marketing this mushroom. Everyone recognizes it, they just don’t know they know it. Some people think children’s fairy tales. Others think psychedelic, but are confused and imagine it’s psilocybin.”

“There’s an education process there. This year, you’ll also see a big push from us on the medicinal side, the pharma side, where we’re looking to do some full-on clinical studies. All of this is forward-looking, of course, but this year I’d like to position the company to identify two or three serious mental health issues that muscimol can benefit. Muscimol works on the gaba-A receptor, which is one of the more important neurotransmitters in the brain, which leads us potentially into the area of anxiety and addiction.”

“We look at the market, the world we live in with COVID. We know people are anxious, we know people are drinking more. Getting this product into that sphere could make a difference. Even if we’re talking a full-on clinical study taking years, at the end of it, I don’t have to go out and change the law to get a product to people. That’s a huge advantage. I’m really excited because I think if we can show a path to this being a prescribable solution for people with anxiety, people suffering from addiction, then we have a massive opportunity.”

Stevens’ enthusiasm may be best justified by the presence on his board of Professor David Nutt of Imperial College London. His is a name we’re familiar with at Truffle Report from our coverage of Imperial College and the Beckley Foundation, and the large volumes of quality research coming out of those institutions. I asked what it meant for Psyched to have him involved in the project. “I feel very honoured and blessed that we were able to attract him. He’s one of the top minds in the modern psychedelic renaissance.”

“When he joined as an advisor, he’d actually studied muscimol probably twenty-five years ago. He knew all the issues with Amanita muscaria, and he was impressed with our work, the toxicology report we’d done. He actually told us he’d wanted to do some work with this mushroom for some time, but it would have taken too much to get it moving. He was pretty keen, and over the course of a few months, we got comfortable working together and he was willing to take a full board position. He wants to be the first to study Amanita muscaria and bring it to market. He’s spent years doing studies and brain imagery for anxiety and for alcoholism. It’s two major indications that dovetail perfectly with his background and experience.”

Before we wrapped up, I wanted to ask Stevens about Psyched’s role in the space. Being not quite psychedelic but still drawing from its association with A. muscaria, I may have less than charitably defined Psyched as straddling the fence between psychedelics and natural health products. Where would they be going from here? Would potential success with Amanita put them on a path toward examining other less-used fungi? “One hundred percent,” Stevens answered.

“We’d love to be able to identify other legal mushroom compounds. I can’t really say that I’m setting my hat to that yet, but we do want to be known as the company that’s working in the psychedelic space with these compounds where everything we touch is legal. Honestly, I believe that in a year’s time we’ll be positioned to be listed on a major U.S. exchange. If you look at what’s happening, people are hungry for solutions to these issues. The pharma industry hasn’t had a major mental health breakthrough in decades. If we can be there, initiating that process with a company and compounds people can legally invest in, I think there’s a huge appetite.”