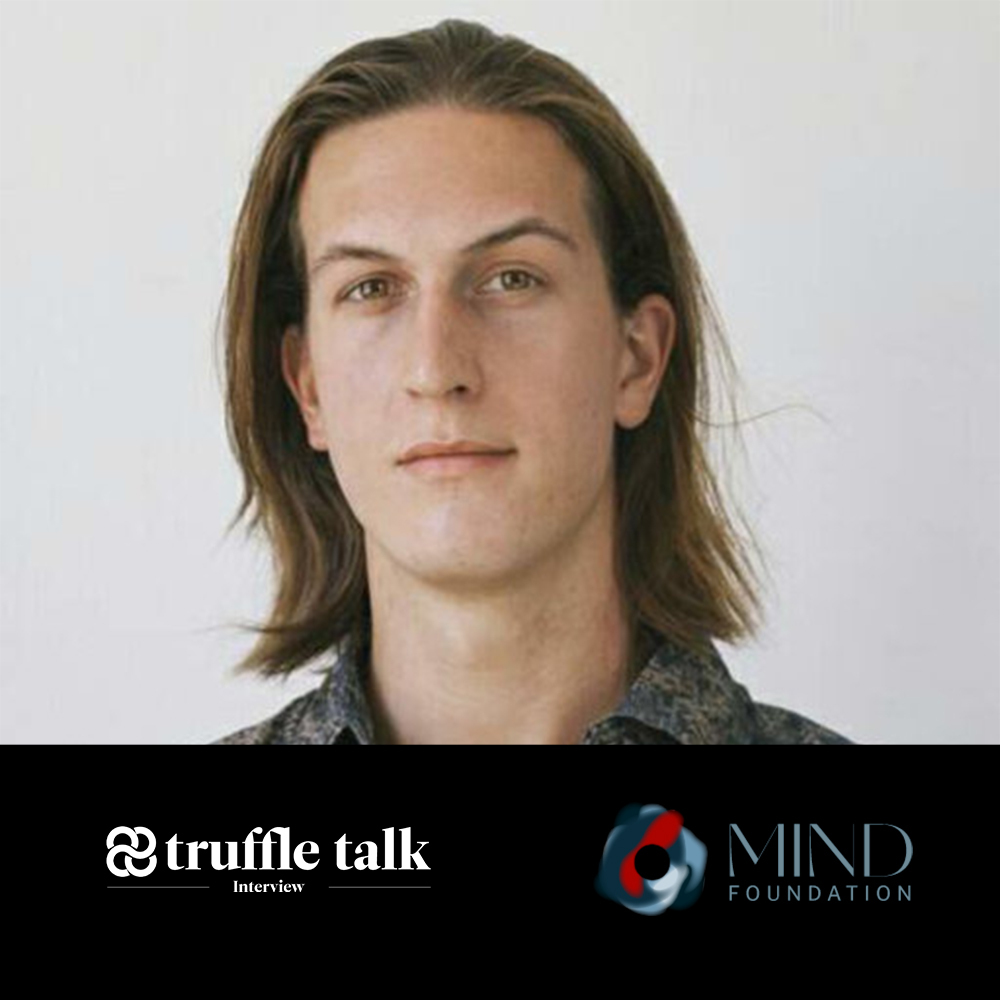 ‘It Was Unthinkable’: Marvin Däumichen On German Psilocybin Study

Germany is ready to be a part of the history-making psychedelic industry as it prepares to undertake its first research since the 1970s into the use of psilocybin in treating depression.

The psilocybin study dubbed EPIsoDE, scheduled to take first patients in March 2021, will stand as the second-largest of its kind on a global scale up-until now, and has been recommended for public funding by the German federal government. Earlier in the year, the British company Compass Pathways also received approval for another smaller psilocybin depression study to start in Berlin.

“It was purely and entirely unthinkable to do clinical research on humans involving psychedelics up till now [in Germany],” says Marvin Däumichen, one of several founders of the MIND Foundation, and the Director of Research & Knowledge Exchange (RKE).

“We are more of a conservative country regarding drug policies,” Däumichen shares, continuing, “While we are advanced in technology, in some things, we can be very conservative and our bureaucracy very cautious.” Däumichen sat down for a video interview with Truffle Report on a busy December evening and elaborated on the journey of German researchers in getting support for the collaborative psilocybin depression study EPIsoDE.

The study aims at developing a psilocybin therapy that would help treat severe depression. EPIsoDE will be conducted in two different locations in Germany — the Central Institute for Mental Health (CIHM) in Mannheim and Charité Universitätsmedizin Berlin—  with 144 patients enrolling in the trial. The research is “the first and the largest study of that kind initiated in Germany,” Däumichen says confidently.

The research is being led by Principal Investigator Prof. Dr. med. Gerhard Gründer, the department head of molecular neuroimaging at CIMH in Mannheim. At least 15 therapists will treat patients in two study centers. “The treatment is specifically geared towards individuals suffering from treatment-resistant depression, who have failed to improve in at least two other professional treatments.”

“It’s a study which is exceptional in the history of psychedelic research, also for the rigour which has been designed,” Däumichen says, describing the carefully-crafted methodology. The study will triple-blind, with two placebos, and one of the patient group will receive two doses of psilocybin.

“In a wider sense, the study builds on a compassionate basis, which means that though patients and scientists don’t know who gets what, it is guaranteed by design that each of these people who do suffer will get one dose of the verum — psilocybin— at some point. It would be ethically doubtful to not give people the treatment they signed up for. The sessions are embedded into several therapeutic sessions for screening, preparation and integration,” Däumichen explains.

Quantitative study data will be closed to the eyes of the researchers, therapists, and patients until all are treated.

The Journey Before Approval

Expressing his astonishment and pleasure at the research approval, Däumichen tells Truffle, “If you would’ve asked me four years ago, ‘when can we expect psychedelic treatment to be in practice [in Germany], I would’ve said, ‘I don’t know. Maybe 10, 15 or even 20 years.’”

“Now I can confidently say most likely in the next 5-10 years we can be optimistic for psilocybin to be re-regulated for psychotherapy,” Däumichen adds, dismissing his previous doubts. The MIND Foundation, a non-profit research organization, and their clinical partner organization OVID are working on the study in collaboration with the CIMH Mannheim, Charité Universitätsmedizin Berlin.

Funding has been the biggest supportive need of psilocybin research. Until recently, few have been willing to take the risk.

While the study gets more financial freedom to continue with its experiment, investors and research organizations also share a common vision; the establishment of psychedelic treatment as a psychotherapy and the development of an evidence-based public discourse on psychedelic substances.

Although this stands as a lone breakthrough achievement in the German context, it involved at least two years of work and ‘impeccable’ study design to get the federal orders in favour.

“[Our request] was purely scientific and evidence-based. No, we’re not lobbying, although of course, even in the scientific field, everyone has a personal story,” Däumichen says.

Although LSD, psilocybin, MDMA and mescaline have previously been synthesized or developed in German speaking countries, Germans share a unique relationship with drugs, mixed with a conservatism of the country. The work called for some extra efforts to bring researchers, the government and the people of the country on the same page. Beyond that, factors like time and remarkable global studies worked in favour. “Though other people have tried and failed, I think we had the right timing and the research field has continued to grow globally,” Däumichen recounted.

Däumichen tells Truffle, “The best way to show the public the benefits of the substance is high-quality research and science communications. That’s what we’re doing and that’s what people are supporting because they can see good work.”

What Will Change in German Society?

“It’s planting seeds and that’s what we’re doing,” Däumichen says when asked how German medical practices might be influenced by their results.

The MIND Foundation is not only focusing on the psilocybin depression study but is also looking forward to  a reform in policy that is evidence-based and supports the development of infrastructure in which psychedelic therapy could be practiced legally. The drug laws in Germany are confusing. “The law does not sanction the taking of psychedelics in Germany but it is illegal to possess them, acquire them, or to sell them. But that’s another story altogether,” Däumichen says.

He believes that citizens should have high-quality information about psychoactive substances available to make informed decisions. “It is important to provide evidence-based, factual information to people to turn this into substantiated knowledge. An unbiased public discourse is at the heart of a functioning democratic society. There should be legal spaces and people should also know it’s not for everyone,” Däumichen adds.

While the study holds a strong potential to influence the German psychedelic field, the central aim is only to provide the best healthcare benefits instead of encouraging people to indulge in recreational psychedelic drug use.

“Germany is so well off in so many ways but we have outdated methods of treating mental illness,” Däumichen says. He adds, “Roughly two percent of Germans reported taking psychedelics in their lifetime. I don’t need that number to increase significantly. I want people to be able to get the best treatment to alleviate any sort of suffering.”

“In our organization, we’re looking to include people who would not have access or knowledge of the medicine. And I hope people will have access to our ‘content’,” Däumichen says, calling the results ‘content’ instead of a ‘product’. He believes that to make the medicine available to everyone, the industry will be spearheaded by the private sector before it becomes a part of any overarching state healthcare structure.

Germany is one of the wealthiest and most politically stable countries in the world, with the potential to lead the psychedelic medicine revolution by initiating the second-largest body of psilocybin research. The country also has a unique style of striking a balance between its culture and advanced research in various fields like drug policies and international relations. Däumichen hopes that the medicine finds its way to insurance coverage in years to come.

As a parting thought, Däumichen referred to the contemporary movement as ‘psychedelic enlightenment’, while also expressing his optimism towards the research studies. “The era of philosophical enlightenment was about reason, critical thinking, mental autonomy, giving people a voice and democratic values. This is the tradition we would like to follow. This is also the period we would like to support in the psychedelic community.”