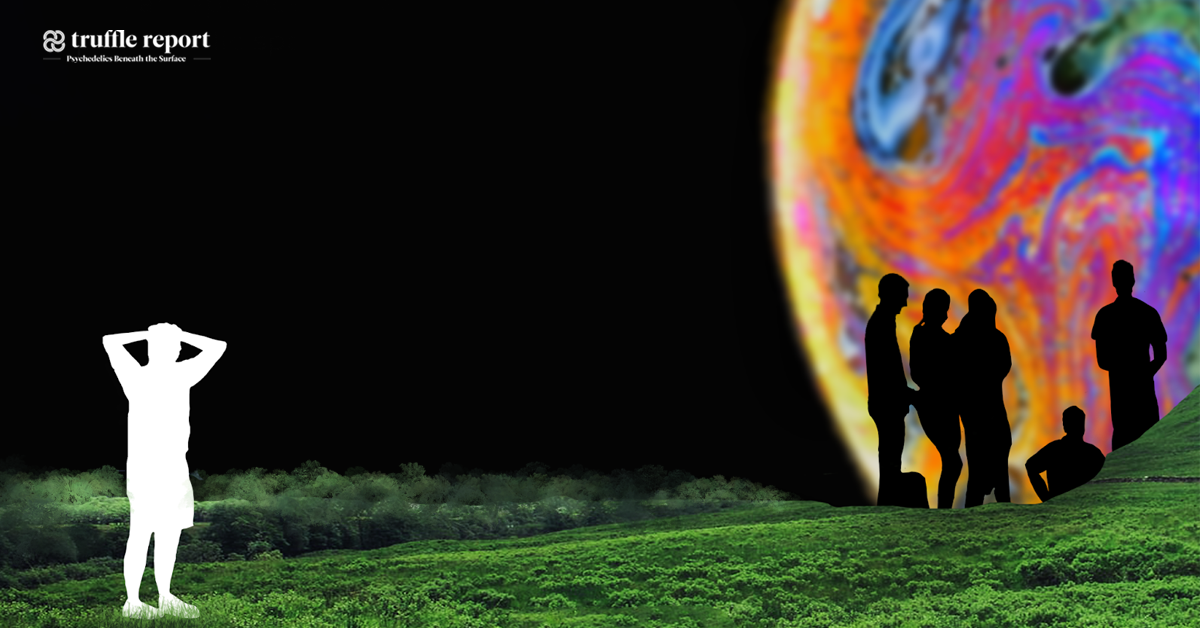 How Queer Communities are Evolving with Psychedelics

The queer and psychedelic communities have both individually come a long way since the 1950s-60s, when psychedelics moved from the lab to be embraced by counterculture, and coming out as a homosexual was considered a mental disorder. The two are not necessarily related, and we by no means intend to say that the stigma attached to the latter is equivalent to that suffered by the former, but there is an evolving relationship that needs to be examined.

In recent years, psychedelic drugs have also come to play a strong role as transformational tools in the healing process within queer communities. Some may come to terms with their sexuality with the help of a substance, and others meet their true sexual identity during or after a psychedelic journey.

This reality also requires us to acknowledge the horrors inflicted upon victims of conversion therapy with the aid of psychedelics since the 1950s-60s. While we talk about how far the two once-stigmatized worlds have come, we can’t overlook the terrible things done to LGBTQ individuals through drug-induced conversion attempts prevalent in the 20th century.

In the 1960s, LSD and mescaline were injected into conversion therapy subjects to create a psychological shock effect, in the hope of ‘curing’ or otherwise altering their sexual orientation, Zoë Dubus, who’s currently pursuing a Ph.D. in contemporary history at Aix-Marseille University in France, tells Truffle Report. Talking about her paper on the harmful experiments with mescaline and LSD on two French teenagers, she says, “Huge doses were used during this experiment in 1960. About 1200 micrograms of mescaline and 800 micrograms of LSD were injected, and then they [practitioners] just observed the patient for some time, but there was no psychotherapy.” Recreational doses, in comparison, usually range between 300-500 micrograms for mescaline and about 100 micrograms for LSD when consumed orally.

After 118 days of torture, neither of the two boys were ‘cured’ of their homosexuality, Dubus says.

There have been uncounted instances of abuse against LGBTQ individuals besides conversion therapy. Although psychedelics have long been banned and conversion therapy more recently deemed unethical for ‘curing’ homosexuality, it hasn’t been until the past few years that we’ve seen a concerted push to outlaw these practices. For instance, the Canadian government introduced a bill to criminalize aspects of conversion therapy last year to ‘protect the dignity and equality rights of lesbian, gay, bisexual, transgender, queer and Two-Spirit (LGBTQ2) persons.’

The sluggish pace of change is a poignant reminder that achieving equity and inclusion of people from all walks of life is still a long way away.

Psychedelic use has had its own struggle for acceptance. Formerly relegated to the underground community, these substances are beginning to form the backbone of a booming industry. These changes didn’t happen in a vacuum. Psychedelic therapy has immense potential. The call is now going out to redress the wrongs done to the LGBTQ community, who were previously forced to undergo the worst of this drug therapy when that potential was used to harm.

“Conversion therapies have been outlawed in most U.S. states, but in the psychedelic community there has been almost no reckoning with the history of therapy being used to hurt rather than to heal,” Dr. Alexander Belser, a licensed psychologist and psychedelic researcher at Yale University, says.

It’s Time For Psychedelic Communities to be Inclusive

As psychedelics re-emerge in a positive light with visible public health benefits and a strong body of research bringing them closer to being legalized, the onus is on practitioners to ensure that psychedelic-assisted therapies are not discriminatory towards individuals seeking help.

“It’s incumbent upon us as mental health professionals in the field, but also people who just care, to think about ways in which our practices as researchers, as therapists, have a full reconciliation and to make sure our current practices are not discriminatory,” says Dr. Belser.

“And I think that it’s time for the psychedelic community to wake up to this history, and to take affirmative actions and steps towards change, towards more LGBTQ affirming practices,” he adds.

A history of hate crimes, discrimination, and emotional abuse has led a number queer individuals to drugs as a method of self-medication. A 2018 report by the U.S. National Survey on Drug Use and Health (NSDUH) says that LBGTQ+ community substance abuse is higher in comparison to heterosexual folks. ‘LGBTQ+ individuals are 9.5 times more likely to use heroin than heterosexual individuals,’ another report says.

The COVID-19 pandemic further exacerbated the mental health crisis in queer communities. A report published in Sage Journals in October 2020 revealed that emerging adults between the age of 18 and 29 “reported lower levels of hope for the future, higher levels of alcohol use, a lower sense of connection to and pride regarding the LGBTQ community, and a lower sense of minority stress.”

In the second half of this series, we’ll examine ongoing efforts towards inclusivity in psychedelics. While Dr. Alex Belser discusses practices that can help practitioners in overcoming their heteronormative biases, Ariel Vegosen, co-founder of Queerdome and Gender Illumination, talks about their work in harm-reduction and queer psychedelic support.