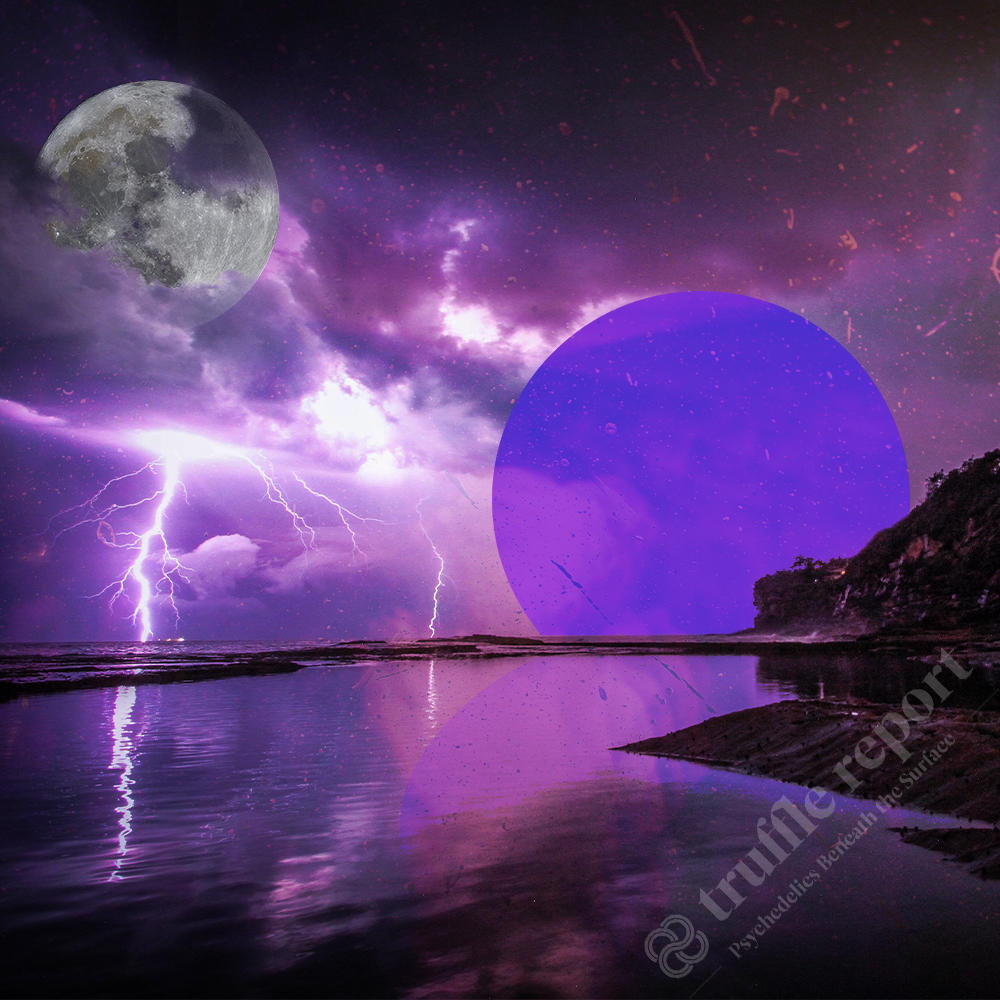 Getting startled after a loud noise or sudden movement is a natural reflex that our bodies and brains have evolved to protect us from any potentially harmful situation. While a startle response is normal in most cases, individuals with certain health conditions can have an exaggerated startle response that can end up being damaging. Therapy and medication can go a long way, but other treatment options with psychedelics are also being explored.

In the last few years, psychedelic-therapy has gained popularity for its potential to treat conditions like anxiety or PTSD. In this context, researchers are also wondering how psychedelics affect startle response and what that could mean for psychedelic-assisted therapy.

What is Startle Response?

Startle response is an unconscious defensive response to sudden or threatening stimuli, like a loud noise or sudden movement. The onset of the startle response is known as the startle reflex reaction. The startle reflex is a brainstream reflectory reaction (reflex) that serves to protect vulnerable areas of the body like the eyes and is able to provide an escape from sudden unpleasant stimuli. This reflex can be seen in different ways such as blinking, gasping, changes in body posture and even changes in the emotional state.

Startle response has two components. The first one is a brief reflex of short duration. The second one follows variable intervals, encroaching on the voluntary reaction time and it is of longer duration. A clinically exaggerated startle response can present on either component and has different clinical implications in each case. A pathological enhancement of the first shorter duration component is known as hyperekplexia, which is a rare neurological disorder characterized by an exaggerated startle reaction, often in the form of eye blinking or body spasms. On the other hand, an exaggeration of the secondary component can occur in different psychiatric and behavioral disorders like PTSD.

Startle response also shows prepulse inhibition (PPI). PPI, also known as startle reduction or reflex modification, is a phenomenon in which a weak stimuli (prepulse) can inhibit the startle response to a second stronger startle stimuli. This means that when a weak stimulus that doesn’t trigger a startle response is followed by a strong stimulus that would normally elicit a startle, the weaker one suppresses the response to the stronger one. In some cases, people are unable to filter the unnecessary information and startles are triggered even with previous weak stimulus. Impairment of the PPI is believed to be linked to many neurological disorders like schizophrenia, OCD, Alzheimer’s or Huntington’s disease.

How Can Psychedelics Affect Startle Response?

Studies on animals have shown that LSD can disrupt PPI of the acoustic startle response in a way that resembles the PPI impairment that schizophrenic patients show. This demonstrated that LSD, and other hallucinogens such as mescaline, can reduce the filtering of sensory stimuli while altering perception and acuity.

In November of 2014, the psychiatric journal Biological Psychiatry published a study conducted by University Hospital Basel in Switzerland that examined the acute effects of LSD in healthy subjects. In this double-blind, randomized, placebo-controlled, crossover study, 16 participants were administered either 200 μg of LSD or a placebo substance. The study measured a variety of outcomes, including PPI of the acoustic startle response.

All participants experienced significant alterations of consciousness that lasted around 12 hours. The predominant effects were visual hallucinations and audiovisual synesthesia. They also experienced openness, closeness to others and overall well-being was enhanced by LSD as it has been seen in other similar clinical trials. Another finding was that LSD did decrease PPI in healthy volunteers, especially compared to the placebo.

Evaluation of MDMA on Startle Response

A double-blind, randomized, placebo controlled clinical trial was conducted by the Multidisciplinary Association for Psychedelic Studies (MAPS) at Emory University in Atlanta between September 2017 and November 2020. The study’s main purpose was to examine how MDMA impacts response to different types of memory in humans compared to a placebo substance. The reasoning behind choosing to work with MDMA is because it may make it easier to face unpleasant memories and reduce anxiety.

The 34 participants attended a total of three visits over four days. During the first visit, they underwent a one hour startle test which measured eye-blink response to loud sounds. After that, they were shown different coloured shapes on a monitor. While watching the monitor, they experienced brief blasts of air directed at the throat, while eye-blink was measured with sensors under the eye.

During the second visit on the following day, participants were randomized to receive either inactive placebo or 100 mg of MDMA and underwent another startle test. Participants who agreed to do so had blood drawn to measure oxytocin, cortisol, and brain-derived neurotrophic factor (BDNF) levels before and after the drug administration. The researchers also measured pulse, blood pressure, and temperature. Participants completed questionnaires about the experiences. During the third visit two days after the drug administration, participants had to return for a final startle test. No results have been posted yet as the study has only recently been completed.

What Could This Mean for Psychedelic-Assisted Therapy?

It is still too early to draw conclusions, but judging by the experimentation with rats and the study conducted by University Hospital Basel, it seems like psychedelics do have an effect on startle response, particularly on PPI. Hopefully more trials and studies will be conducted to determine exactly in which way psychedelics affect startle response and how these findings could be applied into the treatment of different indications.