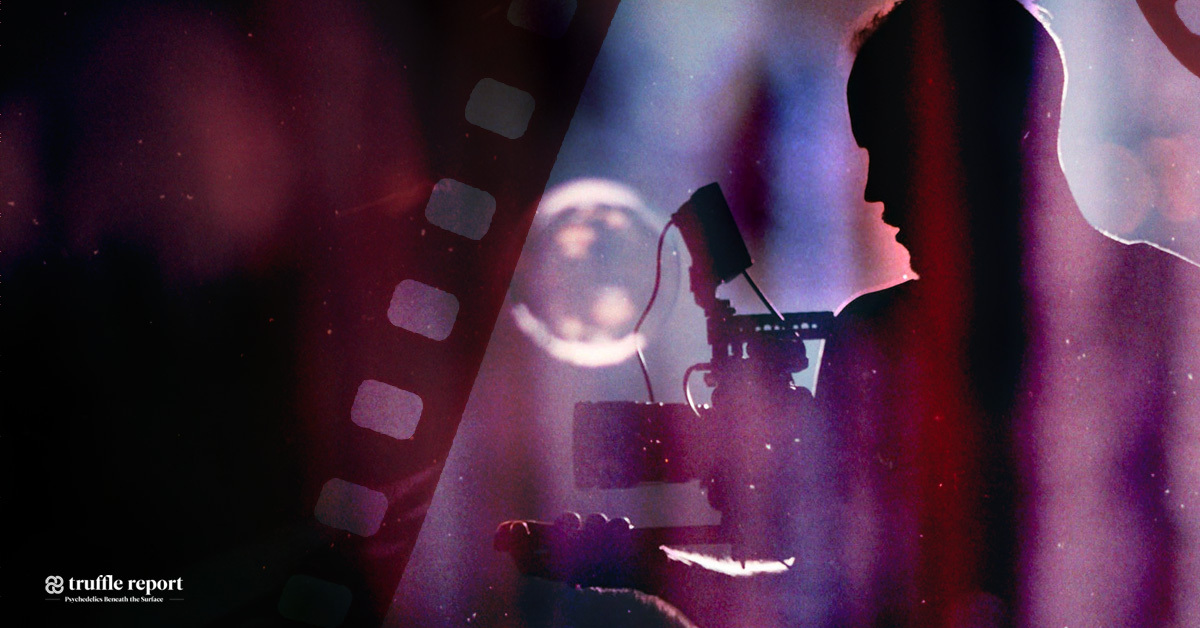 How Does Film Portray the Psychedelic Experience?

Movies have always been an imperfect reflection of reality, showing their creators’ idealized perceptions. Universally relatable life experiences such as going to high school or falling in love have been constant sources of inspiration for filmmakers. More unusual premises, like drug use and psychedelic experiences, while less often depicted, have also provided inspiration for iconic storytelling that has stood the test of time.

What about the Psychedelic Experience Fascinates Filmmakers?

A common element of a psychedelic experience is visual alterations, which can include anything from colours to intricate geometric patterns. These effects increase in complexity with higher doses of psychedelics and can sometimes include hallucinations of objects, animals, people or even landscapes. Somatosensory perception can also be drastically altered.

In film, the psychedelic experience is often more recreational than spiritual. Creators tend to focus significantly on the trip itself instead of the transformation that is often associated with these kinds of experiences.

Here are three examples of how the psychedelic experience has been portrayed in film in the last three decades.

Fear and Loathing in Las Vegas (1998) – Mescaline and LSD

Fear and Loathing in Las Vegas is a film released in 1998 directed by Terry Gilliam, starring Johnny Depp and Benicio Del Toro. It was adapted from the novel of the same name and while it wasn’t successful critically or commercially at the time of its release, the film has since gained a cult following.

The whole film can be described as one big psychedelic trip. Raoul Duke (Depp) and Dr. Gonzo (Del Toro) are high on mescaline and LSD from beginning to end. The film’s main characteristics are the intense visual hallucinations and heavy alteration of reality that Raoul experiences.

The film starts by Roaul feeling that he’s being chased by a swarm of giant bats while he’s driving across the Nevada desert. Then goes to him seeing the hotel check-in clerk of his Las Vegas hotel as an eel. It even has him imagining he’s in the middle of a battlefield while at a motorcycle race he was supposed to cover for work.

The film has been praised for its accuracy in showing the psychedelic experience, at least from a sensorial and experiential point of view. It shows psychedelic drugs as fun and frightening at the same time. It does not intend to portray psychedelic use as mystical or spiritual, but simply show how psychedelics can alter someone’s perception of reality to the point of seeing lizard people.

Knocked Up is a romantic comedy released in 2007, directed by Judd Appatow and starring Katherine Heigl, Seth Rogen, and Paul Rudd. It tells the story of Alison, a TV reporter (Heigl) who gets drunk and has a one night stand with a random man at a club (Rogen), then ends up pregnant. While the movie has been labelled as sexist and simply not that great in the last few years, it was positively received by both the box office and critics at the time of its release.

Like many other films starring Seth Rogen, Knocked Up heavily relies on drug use for comic relief. The main male character, Ben Stone (Rogen), is the typical underachieving and dimwitted stoner stereotype. Around the middle of the movie, Ben and Alison’s brother in law Pete (Rudd) eat psilocybin mushrooms and go to see a Cirque Du Soleil performance.

This scene is short but it accurately portrays the paranoia that sometimes accompanies a bad trip. Ben is having fun but suddenly, the stimulation is simply too much. Cirque Du Soleil is trippy enough on its own, so the mushrooms enhanced reality to the point where he couldn’t handle it anymore. Unlike Fear and Loathing in Las Vegas, Knocked Up does not show hallucinations or visions.

Booksmart is a coming of age film released in 2019, starring Beanie Feldstein and Kaitlyn Dever. It tells the story of two female nerdy best friends who had almost no social life in high school because they were too busy studying. On their last day of high school, they realize that kids with social lives managed to get into good universities as well and decide to attend their first party.

Around the middle of the film, the two main characters, Molly (Feldstein) and Amy (Dever), unknowingly consume a fictional DMT based psychedelic described as “the asian version of ayahuasca”. Being control freaks, they  immediately panic and try, without succeeding, to fight the effects of the drug.

Molly and Amy’s trip scene is a perfect example of altered somatosensory perception. While they are aware of the fact that they are hallucinating, they experience a complete physical transformation, becoming living Barbie-like dolls. Director Olivia Wilde claimed to have gotten inspiration for this scene from The Big Lebowski (1998).

What is interesting about the tripping scene in Booksmart is that while the characters are fully aware of the fact that they are hallucinating, they don’t stop acting like themselves. They even have a discussion about how dolls set unrealistic beauty standards for women, which fits with their usual feminist speech. Amy enjoys the experience more than Molly, although both ultimately embrace it.