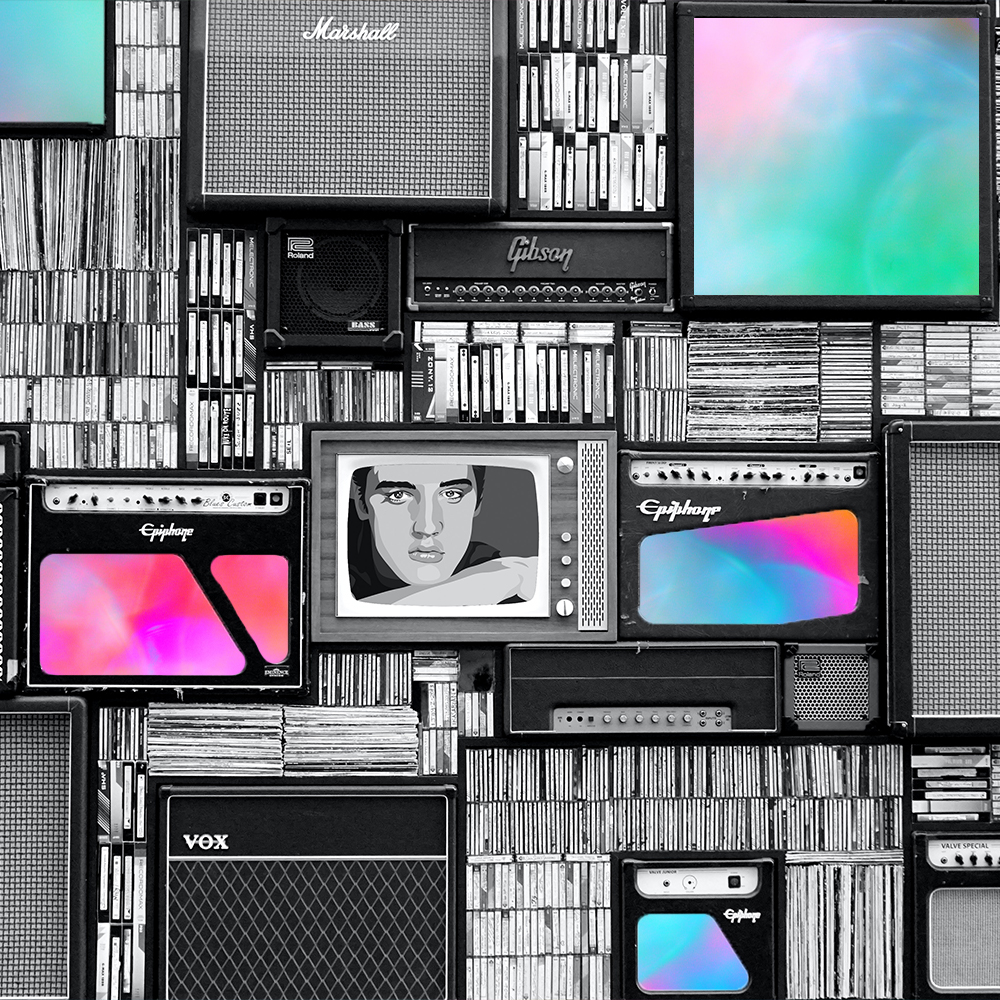 The reported benefits of psychedelics for those looking for a boost in creativity is a large part of the reason their usage has been gaining more publicized traction in recent years. This is evident in the tech industry, as Silicon Valley workers continue to try microdosing as a means to improve their productivity and creative thinking —and, as Truffle Report has already written about, certain technological innovations may even have been made possible by psychedelic use of figures such as Bill Gates or Steve Jobs.

What about the world outside of the tech industry though? In popular media, and for those who are expected to contribute to it, the demand for creativity is unrelenting. Partially due to the above-mentioned technological innovations, people are now able to consume film, books and music at a far greater pace than ever before. Music, television, film and even food have all seen an accelerated pace of innovation over the last 30 years, as the demands around production and consumption in creative industries grow ever greater.

Could the advent of psychedelic use in the west have contributed to this at all?

The Nature of Creativity

It can be a fickle thing. Speaking as a former chef myself, there were many moments in which I knew I had to display a creative spark —but just couldn’t. Then an incredible new idea would come to me at the exact moment I least expected it, such as when I was reading a book or having a drink after work. Many creative innovations trace back to a “eureka” moment for some individual involving a sudden, unforeseen flash of inspiration. A challenge that many creators face is arriving at this moment intentionally.

It might not surprise you to learn that many actors and screenwriters have taken psychedelics at some point in their lives. We’ve already discussed the film Fear and Loathing in Las Vegas, a cult classic based on the novel by author Hunter S. Thompson  owing its origins to Thompson’s real-life trip to Vegas to cover a motorcycle race. Sports Illustrated “aggressively rejected” the resulting article. This example straddles the line between film and literature and demonstrates many techniques for translating the psychedelic experience to cinema, even if it was originally supposed to be sports journalism. We think.

Lesser known examples include actors Jack Nicholson and Susan Sarandon. Sarandon was a friend of Timothy Leary and an advocate for psychedelics as well. Nicholson took LSD while writing his film, The Trip, and starred in the films Psych-Out and Easy Rider — the latter of which is known for having scenes filmed while the actors took actual drugs.

As recreational psychedelic use continued to grow throughout the 60s and 70s, television had to adapt in order to portray the psychedelic experience for audiences who were both familiar and unfamiliar with it. Effects like bright colours, distortions, mood-lighting, and jump-cuts became increasingly common in evoking states of altered reality on screen and are still used today.

Psychedelic use has had an enormous impact on the music industry with entire genres being both inspired by and meant to be enjoyed while taking psychedelics. These include psychedelic rock, acid house, and psytrance. Sound techniques that reflect the psychedelic experience can largely be traced back to the The Beatles and their experiences with LSD. Revolver is an album they released some time after being slipped LSD at a party and employed novel effects such as tape-looping, speed alterations and voice distortions —techniques that have endured in music to the point of being common today. Another significant example of a musician who took psychedelics is Carlos Santana, famed for blending Latin American rhythms with American rock and roll.

George Harrison claimed to have experienced a better working relationship with John Lennon after their shared LSD experience. This suggests that in certain creative contexts, one may benefit not just from experiencing new modes of thinking via psychedelics —but also from the tendency of some psychedelics to foster empathy.

There are many examples of writers who benefited from their psychedelic use in their works. These include —but are not limited to —Hunter S. Thompson, Ken Kesey, Aldous Huxley and French philosopher Jean-Paul Sartre. After writing One Flew Over the Cuckoo’s Nest, Ken Kesey used his fame as a platform to advocate for psychedelic use and Aldous Huxley requested a dose of LSD be administered on his deathbed.

The sheer number of famous authors who have enjoyed psychedelics is not surprising, given that LSD has proven to be an excellent remedy for “writer’s block”. Furthermore, studies have suggested that psychedelic use may make one’s vocabulary and word association more expansive. It was found that, while on LSD, subjects were more likely to accidentally use an incorrect word with a similar meaning while speaking.

“LSD sure raised my consciousness a bit. There’s no doubt that it made me think about the world from perspectives I might otherwise never have visited.”

Anthony Bourdain is an interesting example to point to, since he was a chef, writer, and TV personality when he was alive. As a result, he occupied many categories of popular culture at different stages of his life, but he did apparently enjoy psilocybin tea during the mornings on certain kitchen shifts. Significantly, whether he was writing about the team dynamic between cooks and chefs or the cuisines of other cultures, empathy was always at the heart of Bourdain’s writing —and his influence on cooks and chefs of today is undeniable.

Andrew Friedman’s Chefs, Drugs and Rock & Roll describes a history of chefs emerging in the 1980s from an earlier countercultural period. His book opens with an anecdote of a young Bruce Marder choosing to enter the culinary field during an LSD trip. Emerging from the counterculture of the previous decades, these chefs brought new life and creativity to a traditionally unglorified, blue collar industry.

What’s Been Left for us

Whether through music, cinema, literature, or food, all of these creative figures show how deeply entrenched psychedelia and its effects are in popular media. The breadth of innovations that we all enjoy today suggest that psychedelics are not only significant, but foundational, to several facets of modern media that we enjoy today.

Whether or not you’ve taken psychedelics yourself, they may already be an inextricable part of your life.