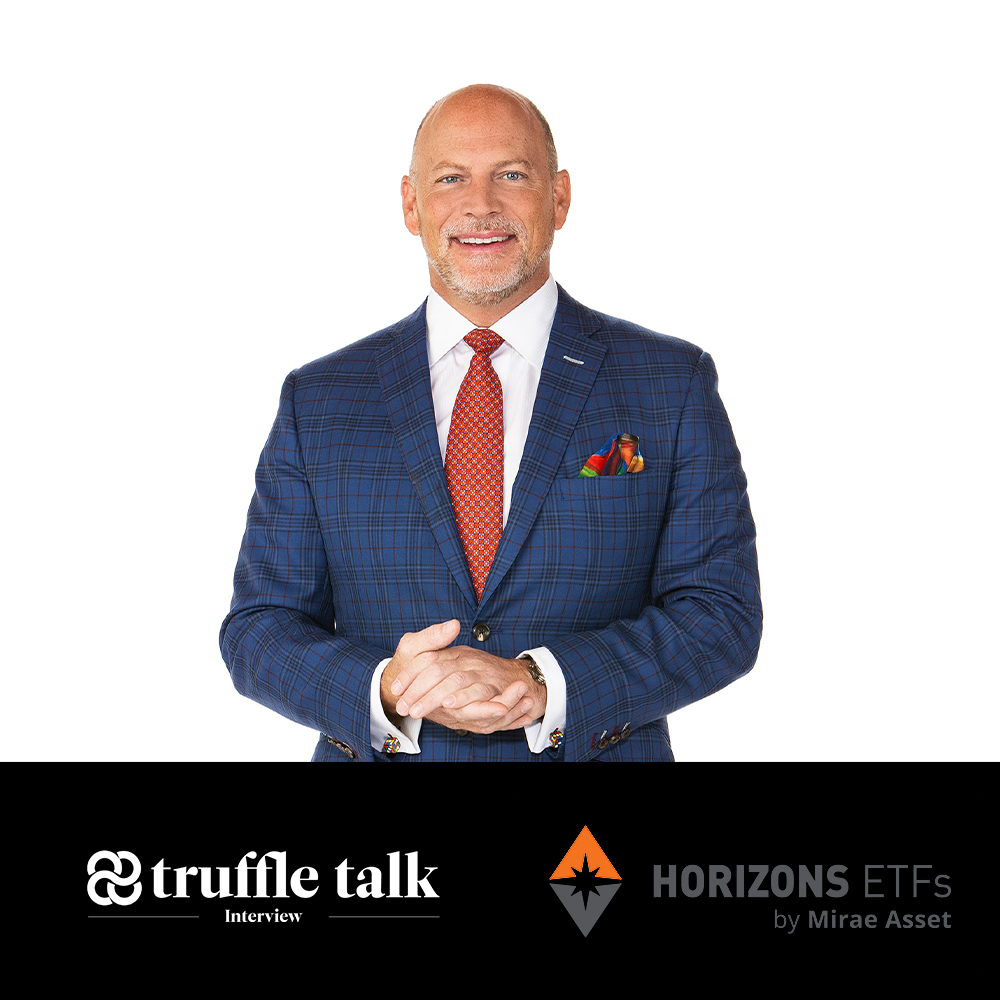 Ahead of the world’s first psychedelic ETF (exchange-traded fund) hitting Canada’s NEO exchange on January 27, Truffle Report spoke with Steve Hawkins, CEO of Horizons ETFs Management,  the Canadian financial services company launching the portfolio. The ETF will be traded on the NEO exchange under the ticker symbol PSYK and initially include 17 North American life sciences companies based on the underlying North American Psychedelic Index.

Horizons a Leader in Innovative Industries

Hawkins tells Truffle Report Horizons had been keeping an eye on the growth of the psychedelics sector for some time. “Even though it is still in its infancy, it has matured enough to allow an ETF to come to market,” Hawkins says. “We pride ourselves on leading from innovation and we are very excited to be bringing this new ETF to the marketplace.”

In 2017, Horizons launched the world’s first cannabis ETF Marijuana Life Sciences Index ETF (HMMJ). Hawkins says that the company’s new psychedelic stock ETF differed from the earlier cannabis fund because of the sector’s focus on therapeutic rather than recreational use. “We’re only investing in companies that are operating in the legal space that have an exemption under either state or federal laws that are in compliance with the Health Canada standards for drug testing. All the companies are going through Health Canada or US Food and Drug Administration (FDA) approval processes to bring these drugs to marketplaces. That’s the big difference,” he says.

Speaking on January 26, the day before the psychedelic ETF arrives on the NEO exchange, Hawkins says he has been astonished by the interest in the ETF from a public retail perspective. “It’s like the hype we saw for HMMJ back in 2017,” he tells Truffle Report.

“We have 93 ETFs so we typically get a lot of website traffic, but website traffic is up 25 percent with people looking at the PSYK ETF. There is significant public interest in the ETF and we are very excited to see what happens, but I really have no specific predictions as to the trading volume or anything like that.”

But Hawkins says he does expect the ETF’s portfolio to triple by the end of the year as new life sciences companies come to the market in the next 6-12 months. “When we launched HMMJ, there were less than 20 active companies in North America, and six months after we launched we had more than 50 companies in the index,” he says.

Hawkins adds that the index was designed to mature with the underlying asset class. “While it has strict rules, those rules will adapt as the sector grows,” he says. “Right now the minimum stock price to get into the index is $0.10 CAD but we expect that to significantly increase over time as more and more companies enter the space. The underlying index to HMMH has changed eight times over the past three years due to the increasing size of that marketplace.”

The ETF will be listed in Canadian dollars but Horizons has already been approved to list the fund in USD. “We want to get settled on the Canadian dollar side of things then we will introduce the USD units down the road. I can’t give you a date as of yet,” Hawkins says.

Hawkins tells Truffle Report that of the 17 companies in the ETF’s initial portfolio, two standout companies are MindMed and Cybin. “They really stand out for me from a biotechnology perspective, their clinical trials and the delivery mechanisms they are using to provide therapies,” Hawkins says. But he adds this does not take away from the larger pharmaceutical companies included in the fund such as AbbVie Inc, Johnson & Johnson, and COMPASS Pathways. “They have already received approval or are very close to receiving approval for therapeutics for mental illness using ketamine and/or psilocybin,” he says.

Hawkins adds that he is very excited that there are so many Canadian companies included in the ETF. “Canada is leading the way from a world capital markets perspective for this exciting new class of sector. It makes sense to launch an ETF like this in Canada because the rules around psychedelic treatments have changed and Canada is at the forefront of new therapies,” he says.

Inclusion of Performance Fee on PSYK ETF a Clerical Error

“We had recently launched another fund in December which does have a performance fee in it and that language carried over in the software from that other fund into the PSYK initial filing documents. It was 100 percent a clerical error.”

If you enjoyed this article, check out Truffle Report‘s interview with Trevor Millar, chief psychedelic officer at NeonMind here.