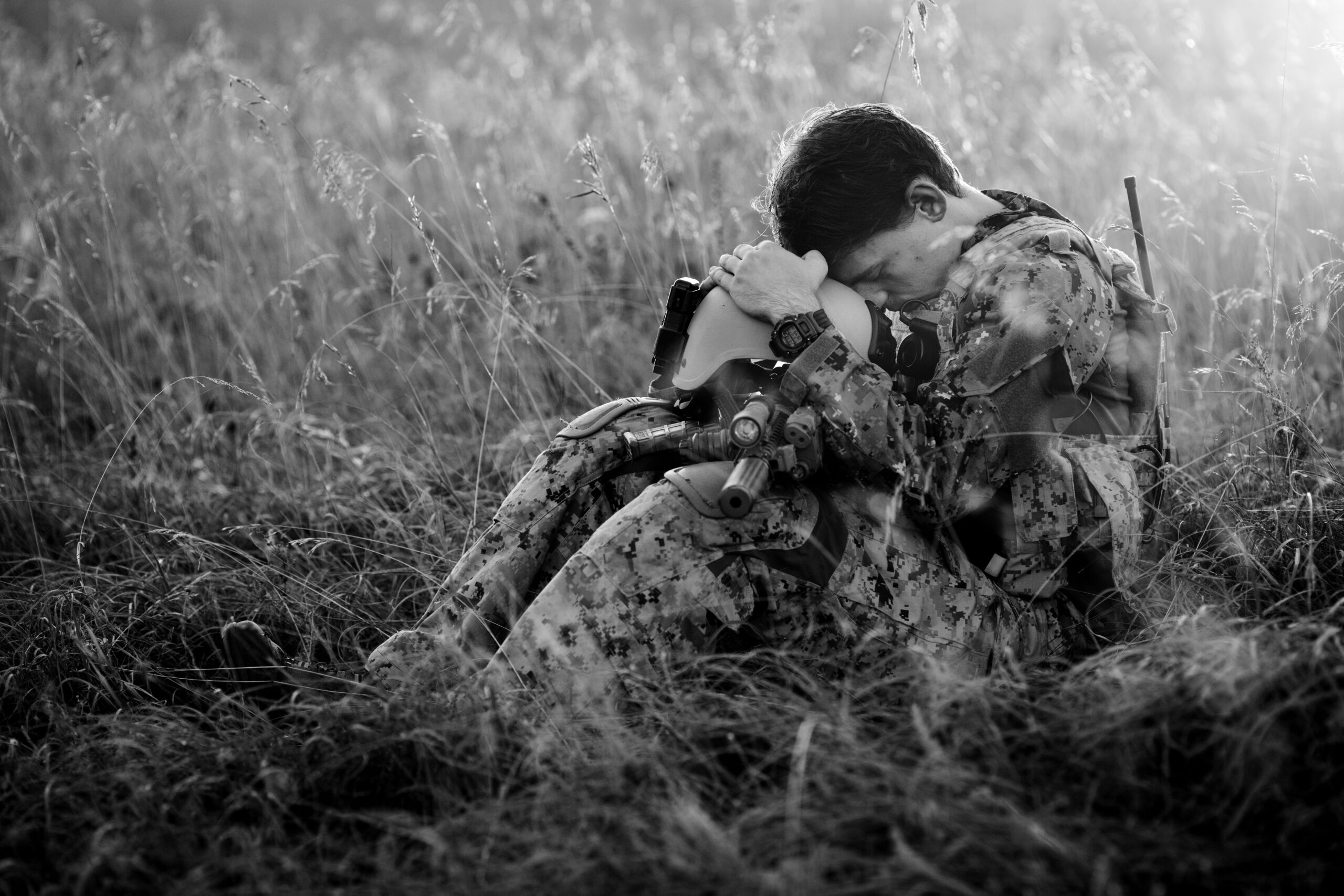 Altered States of Combat: Veteran Trauma and the Quest for Novel Therapeutics in Psychedelic Substances

The panel featured Marcus and Amber Capone, Founders of VETS, Sarah Stenuf, Founder of Veterans Ananda, Adam Wright, Director of Field Trip Basecamp, and Arron Victory, Strategic Advisor at The Newly Institute, and was moderated by Brian Nichols, host of The Brian Nichols Show. The discussion revolved around the stigma attached to psychedelics in healthcare, lack of resources and support, and finding psychedelic solutions.

“If more dialogue was created around [psychedelics], if there were more medically supervised programs that use evidence-based treatments and therapies to conduct the necessary research, we would have these advancements together for the appropriate therapies and to integrate these in today’s societies, treatments, and within healthcare,” said Stenuf. “I think we should start there with talking to doctors more.”

The panel featured Will Siu, Psychiatrist, Devon Christie, Medical Director at Numinus, and David Wood, Partner at Borden Ladner Gervais, and was moderated by Gaurav Dubey, Content Editor at Microdose. Panellists discussed how the perception of MDMA has evolved, along with public policy, and regulations around psychedelic compounds.

“There’s a lot that happens in healing work with MDMA-assisted psychotherapy. That from the relational cymatic perspective that I come from, I find it very powerful, very potent for healing relational trauma. Trauma never exists just as an event by itself. There’s always the context of relationship, ‘Who was there? Who wasn’t there? What support did you have or not have? Usually, it’s the lack of support that’s contributing to PTSD and trauma symptoms developing as well,” said Dr. Christie. “There’s this tremendous potential with MDMA therapy for healing attachment wounding and traumatic ruptures in relationships that this kind of intensive process of two therapists to one participant is so beautiful and so particularly effective.”

The panel featured Robert Tanguay, CMO at The Newly Institute, Rebecca Price, an Associate Professor of Psychiatry and Psychology at the University of Pittsburgh, Jeffrey Becker, CSO at Bexson Biomedical, and Dr. Mark Braunstein, Founder & CEO of Reconscious Medical, and was moderated by Gregg Peterson, CEO at Bexson Biomedical. The discussion centred on complex trauma, suicidality, and PTSD treatments.

“What we see here is that these molecules allow us an opportunity of an open experience to make rapid and massive shifts in one’s life, and that’s going to be important for long term outcomes in resiliency is providing the skills and the tools necessary so that when another trauma shows up, which it likely will, they have the skills and the tools available to deal with it and then immediate access, if that’s not working out,” said Tanguay. “That’s been a lot of the foundation of what we’re trying to do,  wrapping everything around with evidence-based skills and allowing people to move forward in life and do so in kind of that rapid timeframe.”

“You don’t treat suicide today and then walk away and celebrate. There has to be a potentially lifelong work,” added Peterson.

“We’re still overcoming the stigma of PTSD itself. I remember a time when I would respond to an extremely disturbing call, I’d witness pretty horrific things and be expected to finish my paperwork, clean the blood off my shirt, and get our car available to respond again immediately. There was no break. There was no talking, it was just getting back up and moving on. This has significantly changed; I’d say in at least the last five years because we collectively reached a breaking point with the onset of the opioid epidemic. The support we have now as first responders is pretty tremendous. It’s now cool to ask for help. It’s OK to talk about your feelings. You feel supported if you need to take the time off to recover. It’s not a perfect science, but they do their best to support us,” said Van der Heyden, a former paramedic.

“That’s where psychedelics can play a major role. A lot of people don’t even know where to start, or to identify that they might have an issue or a problem until many things start to break down, relationships, or marriage, or they find themselves rock bottom often. I always say that people don’t bounce up until they hit rock bottom,” said van Poelje. “The culture is that reaching out for help is not even on the radar. It’s not even on the menu. The more that is encouraged, or that that becomes a normal thing, that it is actually courageous, and they put themselves center points instead, the more it will be important.”

In his keynote address, Dr. Kenneth Tupper, Adjunct Professor, University of British Columbia, spoke about the evolution of psychedelic medicine and entheogenic healing.

“It is an exciting time in the academic world for a sort of area of pursuit that has been abandoned. There were 40-plus years where it was taboo to even talk about these substances,” said Dr. Tupper.

“In the context of a clinical research setting, which is where most legitimate access is currently happening, this is done according to university ethics approval practices and sort of an outline of what kinds of both physical and psychological experiences one can expect. There is also, of course, the whole trend of underground therapy that’s emerging,” he said. “There is an incumbency on people who are seeking this to do some basic research and harm reduction to inform themselves, empower themselves before undertaking anything that can be radically transformative.”

The panel featured Jesse Gould, Founder and President of Heroic Hearts Project, Keith J. Abraham, CEO, and Grace Blest-Hopley, Director of Research at Heroic Hearts UK, and was moderated by Tim Laidler, Director (Board) at Havn Life. The discussion revolved around the benefits of psychedelics for the veteran community, HHP’s research, and ayahuasca retreats.

“The message that I’d like to get home to people that this is not some hippie revolution, that it is not people just trying to push forward drug use for the sake of drug use. This is real medicine that is showing repeatedly in trials that it has an incredible ability to work very effectively on disorders that are the biggest disorders around the world,” said Blest-Hopley. “With psychedelics, we have the opportunity not only to get people better, but we can help them be even better than that. This drug seems to have an amazing ability to increase brain plasticity, to increase those connections, to break away these inflexible circuitries in the brain from which many psychological disorders come from.”

“If we’re taking this one mushroom to resolve a lot of these issues, whereas, on the other side, we’re taking five to 10 medications, that should tell you that we probably have a long way to go to understand what’s going on. I do hope there is that paradigm shift of maybe mental health shouldn’t be treated the same way as a broken bone, maybe we need to be a little bit more open to not necessarily controlling all the factors, and maybe we won’t understand everything, but figuring out ways that we can,” said Gould.

Role of Ibogaine in Veteran Healthcare

“Any of these psychedelics are going to lower the ego and they’re going to bring up the real trauma and the real treatment along with the molecule and the plant medicine. They are increasing brain activity, bringing new pathways, growing brain cells, and anti-inflammatory. It’s amazing what we have at our fingertips, and it’s terrible that we can’t go wherever we want to get this treatment done,” said Kimbrell.

In his closing keynote, Wyly Gray, Executive Director at Veterans of War, spoke about ayahuasca and group therapy in a fellowship format.

“The goal of a fellowship program at Veterans of War is nothing less than a quest for holistic healing, full-body, full mind. Our teams are formed to support one another long-term. Each cohort, or as we call them internally, fireteams, builds upon our community of peers veterans who understand the struggle and the work necessary to heal long-term,” explained Gray.

“These changes need long-term support to stick to positive reinforcement, identity, accountability, and growth are intrinsic parts of our programming. I believe if we work together, we can. We can change this generation’s discussion regarding psychedelics. We can remove the stigma, and we can foster long-term positive outcomes for those that continue to suffer,” he said.

“We have a couple of different times during the program itself where we encourage whoever the support structure is for that veteran to be a part of the call. To be able to ask questions and to be a part of this journey because none of us are doing it alone. Not me, not any of the veterans,” said Gray. “Healing happens in community, not just the veteran community, your family is your community, your block is your community, and we need everybody on board if we want to have long-term positive outcomes.”