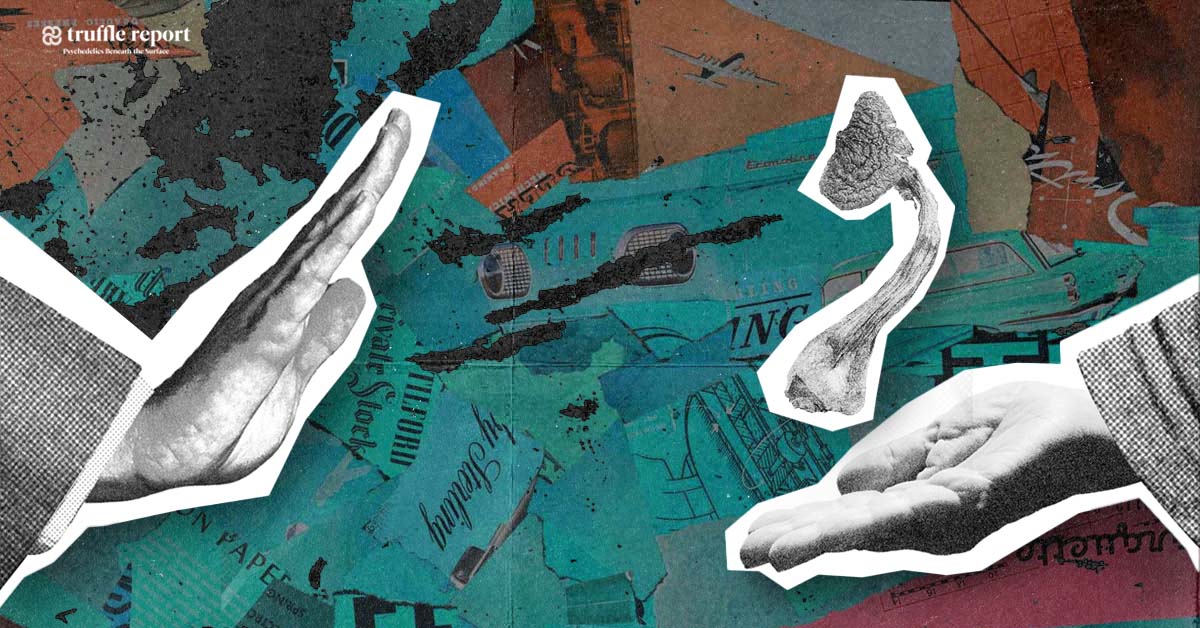 According to Canadian advocates, over 130 healthcare professionals are about to be denied compassionate access to psilocybin mushrooms for training purposes via Section 56 exemptions, following a decision by federal health authorities.

“It would appear that Health Canada has decided [to deny access] because a clinical trial has been approved to test the safety of psilocybin on subjects in training,” says Spencer Hawkswell, CEO of TheraPsil, a British Columbia-based non-profit patients rights advocacy group.

TheraPsil says that applicants received noticed from Health Canada earlier this week, informing them of the agency’s intention to refuse their requests in 14 days time, and offering them that same time to respond, Growth Op reports.

Last month, Health Canada granted approval to ATMA Journey Centers, an Alberta-based private psychedelic healing company, to launch a clinical trial for documenting the safety of psilocybin among healthcare providers. The trials are set to begin in six months.

Health Canada first granted exemptions to 19 healthcare professionals for psychedelic psychotherapy training in December 2020, allowing them to consume psilocybin mushrooms, a Schedule III restricted drug in Canada under the Controlled Drugs and Substances Act. The list of exempted professionals included psychiatrists, psychologists, clinical counsellors, social workers, general practitioners, and nurses, all of whom are involved in the process of psychedelic-assisted therapy.

The earlier federal government exemption allowed each of the 19 trainees to consume psychedelics, in order to better understand the medicine.

However, the latest refusal to access the same training program, Hawkswell says, “is ten steps backwards for Health Canada.”

There are about 140 healthcare professionals who have successfully completed the program with TheraPsil and have been waiting for exemptions to use psilocybin as a part of their training.

As psychedelic-assisted therapy continues to gain mainstream attention for mental healthcare, there seems to be a developing bottleneck, with an increase in interest and demand from patients and fewer professionals being trained to facilitate the process of therapy.

The decision will affect over 1500 patients waiting to access the treatment through either the Special Access Program or Section 56, as well as therapists and healthcare professionals keen on providing treatment — but left without the necessary training to legally and effectively do so.

“Quite frankly, it’s unethical,” says Hawkswell, “to force anybody into a clinical trial.”

He adds that for a number of healthcare practitioners, their message is very clear: “they don’t want to be part of this clinical trial. They want to complete the training and they want to support their patients so that patients can get access quickly and safely.”

The logistics of a clinical trial for training a large cohort of practitioners seem “challenging and impossible”, says Hawkswell.

The gap between demand and supply has already led to a surge in underground therapy, with unregulated prices and issues of accessibility. Many underground practitioners are charging as much as $2000 for a single session.

“Every decision that Health Canada makes has consequences and the consequences are going to be borne by patients who are at risk and in urgent need of psilocybin,” emphasizes Hawkswell.

While health care practitioners seem to be in a fix with this refusal from the federal health ministry, Section 56 exemption requests continue to pour in from patients. So far, TheraPsil has received at least 57 exemptions for patients to access the restricted drug, with the most recent for a non-terminal patient with severe depression and anxiety. Most are cancer patients suffering from palliative conditions.

In some cases, Health Canada has also asked patients to choose the Special Access Program before Section 56, after waiting on the exemption request for several days.

Narrowing pathways to training for psychedelic-assisted therapy in Canada could also lead to the monopolization of the practice going forward, further adding to issues of accessibility in mental healthcare throughout the country.

The changes to the Special Access Program, allowing patients to request magic mushrooms, are proving to be a “big transition for patients and doctors.”

“A lot of doctors don’t know how the SAP works,” Hawkswell says. “They’ll have to learn and it’s tons of paperwork, it’s lots of follow-ups.”

This falls back to the issue of not having enough trained doctors and therapists to deal with growing demands and bureaucratic changes. “What therapist or doctor in their sane mind is going to prescribe and do therapy on someone if they haven’t had training?” Hawkswell aks.

“The moral, ethical answer is ‘zero’. No one should be doing therapy that they haven’t been trained for,” he adds.

He also notes that there are no therapists out there providing cognitive behavioural therapy without going through the process themselves “This is the same thing, and that Health Canada isn’t applying those principles to psilocybin and it’s dangerous.”

Healthcare professionals facilitating psychedelic therapies are expected to be empathetic towards their patients, helping them develop trust during a vulnerable state. Empathy is best achieved when a prospective therapist goes through the same experience.

TheraPsil is now that requesting Health Minister Jean-Yves Duclos consider the plight of many patients who need immediate intervention and safe access to treatment.

“This is the Minister’s responsibility and duty, his right to intervene and do what’s right, to listen to doctors and therapists,” Hawkswell says.