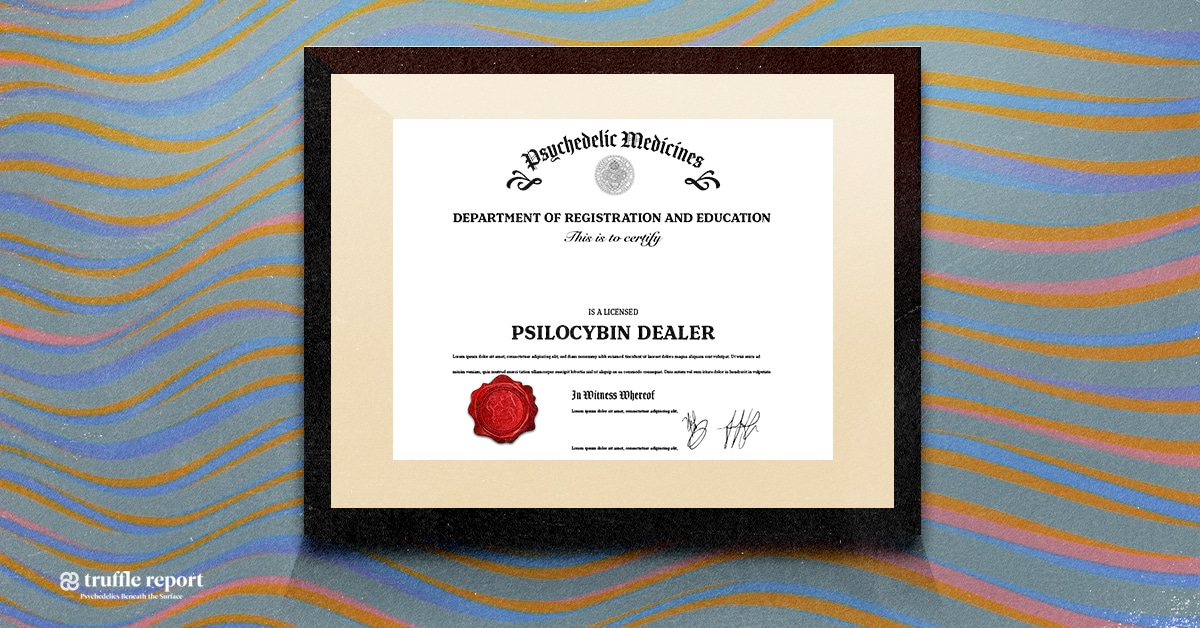 Filament Health recently received an expansion to its existing Health Canada Dealer’s Licence, allowing it to produce other psychedelic substances including ayahuasca, mescaline, and DMT.

In Canada, psychedelics are Schedule III substances, regulated under the Controlled Drugs and Substances Act. However, the federal government allows researchers, doctors, patients, and manufacturers to interact with these compounds for various reasons. For instance, Health Canada has granted Section 56 exemptions to researchers, patients, and religious groups on several occasions, giving them permission to legally use controlled substances. Another such mechanism, currently favoured by the nascent psychedelic drug development industry, is the Health Canada Dealer’s Licence, which regulates the extraction of raw materials from, or involvement in production activities with controlled substances.

A Vancouver-based psychedelic drug development company — Filament Health — recently received an amendment to its existing Health Canada Dealer’s Licence, broadening the scope of it’s production capacity to all natural psychedelic substances including DMT, mescaline, and ayahuasca. The company was already producing natural psilocybin under the terms of its previous Dealer’s Licence.

There’s a wide variety of ongoing research into both synthetic and natural psychedelic substances, with each area encountering its own promises and challenges. Filament Health is choosing to explore psychedelic substances occurring in nature, which is why they requested an expansion to their Health Canada Dealer’s Licence.

“We believe that there’s a very high chance that the one that ends up being the winner [in the psychedelic industry] will be found in nature,” says Benjamin Lightburn, Chief Executive Officer at Filament. “It might already be known, it just hasn’t been extracted, purified and studied in the clinical trial,’ he adds.

Lightburn explained that the Filament Health team is working to bring a natural option to the psychedelics market. “For now, almost all psychedelics used in clinical trials are manufactured synthetically. We believe that eventually consumers and patients will want to have a choice between a natural and a synthetic product,” he says.

Why Not a Section 56 Exemption?

Tasks related to the extraction and purification of psychedelics are beyond the scope of Section 56 exemptions, which are currently the legal path for patients seeking compassionate access to psilocybin.

“In order to make natural products a viable option, there are technologies that need to be developed. Most importantly, technologies around standardization, because we know that natural raw materials are variable, and purification requires a process of extraction,” Lightburn explains. “Extraction falls under the definition of ‘production’ in Health Canada’s terms, which requires a Dealer’s Licence. That’s why we went to get a Dealer’s Licence rather than a Section 56 exemption,” he explains.

Health Canada considers substances under Section 56 exemptions as ‘post-consumer returns’ which are in turn are defined as “material discarded by end-users rather than generated during a manufacturing process.” This means it can be granted to patients, health care practitioners, pharmacists, and dealers who are not involved in the production of any controlled substances.

“There seems to be a lot of confusion in the public, and even within the industry about what kind of licenses are required for what activities,” Lightburn tells Truffle Report. “It’s very strictly defined by Health Canada,” he adds.

A Dealer’s Licensee has to work within a given framework and limitations to abide by the existing drug laws, ranging from regulations on security and acquisition of substances, to minor details including the laboratory or facility’s geographical locations, inventory limits, storage, and detailed plans.

For instance, a Dealer’s Licence holder can only trade with another individual who has the same license. Their activities are limited in trade and cannot provide substances to individuals or companies who have received another exemption, such as Section 56.

“It seems to me like they’re [Health Canada] more concerned with people rather than the company, as well as the facility,” Lightburn shares. “It’s the people in the facility. They want to see that you have expertise in the given field, and how responsibly the manufacturer does things with these compounds, and they want to know that you have the proper security procedures in place,” he adds.

Specifics of the Dealer’s Licence in Practice

Health Canada has been relatively liberal with its Section 56 grants to patients, researchers, and religious groups, including Santo Daime churches known for their ayahuasca sacrament. However, Dealer’s Licence holders are not allowed to provide or sell purified, standardized substances to exemption holders.

When a Section 56 exemption is granted, an individual is not allowed the “receipt, sale, provision, transportation or delivery of a narcotic, controlled drug, or targeted substance”. It can only be used for final consumption (or ‘destruction of that substance’). It also doesn’t specifically clarify how to obtain these substances for use.

Thomas Hartle, the first Canadian to undergo legal psilocybin-assisted therapy with a Section 56 exemption, chose to grow his own psilocybin mushrooms through mushroom spores. Mushroom spores are legal in Canada because they don’t contain mycelium — the vegetative part of fungus where the psilocybin develops. In another interview, Dana Larsen, an activist who openly sells illicit mushrooms at his Vancouver storefront, shared with Truffle Report that he has provided psilocybin doses to a few patients exempted by Health Canada.

“It’s illegal for us [Dealer’s Licence holders] to supply a section 56 exemption holder,” Lightburn says. “For now, it’s illegal for us to supply those patients, even though in our opinion, such a supply would bring benefits to the patients because they would receive a standardized dose,” he adds.

He continues, “It might be illegal for us to give Section 56 exemptions because Health Canada might not even be aware that the capability of supplying these people with the safe product actually exists.”

The grey market dealing with psilocybin mushrooms and other psychedelic compounds has been rapidly expanding. While on one hand storefront services are available in Vancouver to access these substances unlawfully, the regulations by the government create more hassle for those attempting to conduct medical research on psychedelics.

Meanwhile, Lightburn hopes that restoring the Special Access Program and allowing easier access to psychedelic substances will help bridge the existing gaps. The growing advocacy around psychedelics may help prove to the government that there are legitimate and responsible stakeholders in the market.