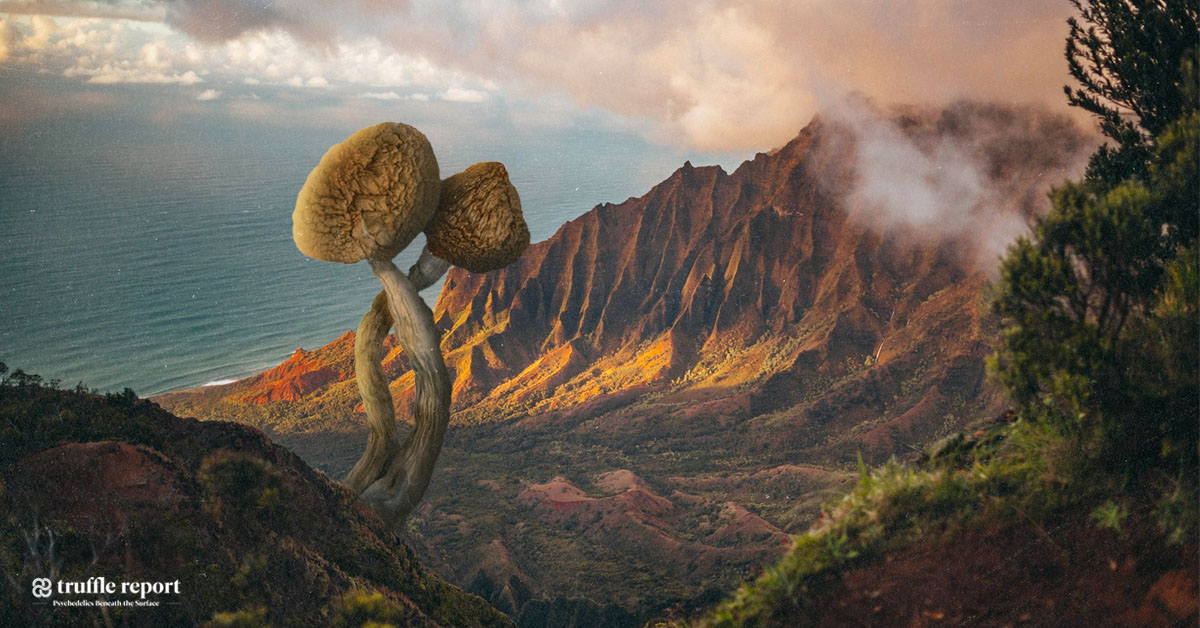 A Hawaii legislative committee has unanimously approved a bill that proposes the establishment of a working group to study the therapeutic benefits of psilocybin for mental health treatment, and which would develop a plan for safe access and therapeutic administration of this psychoactive compound.

In the Senate Health Committee meeting on Friday, the committee of bipartisan lawmakers reserved its decision by a 5-0 vote.

Introduced last month, Senate Bill 3160 proposes to create a therapeutic psilocybin working group to “examine the medicinal and therapeutic effects of psilocybin,” while developing a long-term strategic plan for safety, accessibility and affordability of therapeutic psychedelic mushrooms for mental health issues in individuals aged 21 and over.

The legislation reiterates that “…because the State has a shortage of mental health professionals, the State should actively consider novel, innovative, and safe solutions to treat its residents.”

On Friday, the committee added a provision suggested by the state Department of Health, stating that no member in the government administration would face ethics code violations for their participation in the psilocybin working group.

The working group — consisting of the state’s Director of Health, select healthcare professionals, and the Attorney General — will “examine requirements, specifications, and guidelines for a medical professional to prescribe and provide psilocybin to patients in jurisdictions in which psilocybin is used to treat mental health conditions,” ensuring safe psilocybin experiences.

In addition, the panel also amended the effective date of the bill to January 1, 2050, which was originally July 1, 2022, while the working group is required to submit its findings and recommendations 20 days prior to the 2023 legislative session.

Hawaii lawmakers usually set dates far in the future for bills they believe may require more time and discussions, while keeping them “alive” in the legislature.

The legislation has now been referred to the Commerce and Consumer Protection Committee.

Similar psilocybin measures in the form of a House bill proposing to establish a working group have been referred to the Health, Human Services, and Homelessness Committee and are yet to be scheduled.

Two other Hawaii state bills are also pushing for increased access to psychedelics, aiming to de-list psilocybin and psilocin from Schedule I, and to establish treatment centers to further explore the therapeutic potential of psychedelic drugs, respectively.

The past few years have seen decriminalization measures and drug policy bills enacted around an array of psychedelics. Oregon was the first jurisdiction to initiate a statewide ballot initiative on these psychoactive fungi back in 2020. It has since been joined by the likes of California, Michigan, and Colorado.

The State of Texas’ Health and Human Services Division has recently begun working with the Baylor College of Medicine with a particular emphasis on treating PTSD in military veterans, utilizing medicinal psilocybin, MDMA, and ketamine.

The United States Food and Drug Administration has also granted breakthrough therapy designation to psilocybin as an investigational treatment for major depressive disorder, along with MDMA for the treatment of post-traumatic stress disorder. Despite these measures, and the hopes of the establishment of a legal industry of medical licenses and designated treatment centers, federal prohibition of psychedelics is unlikely to abate any time soon.