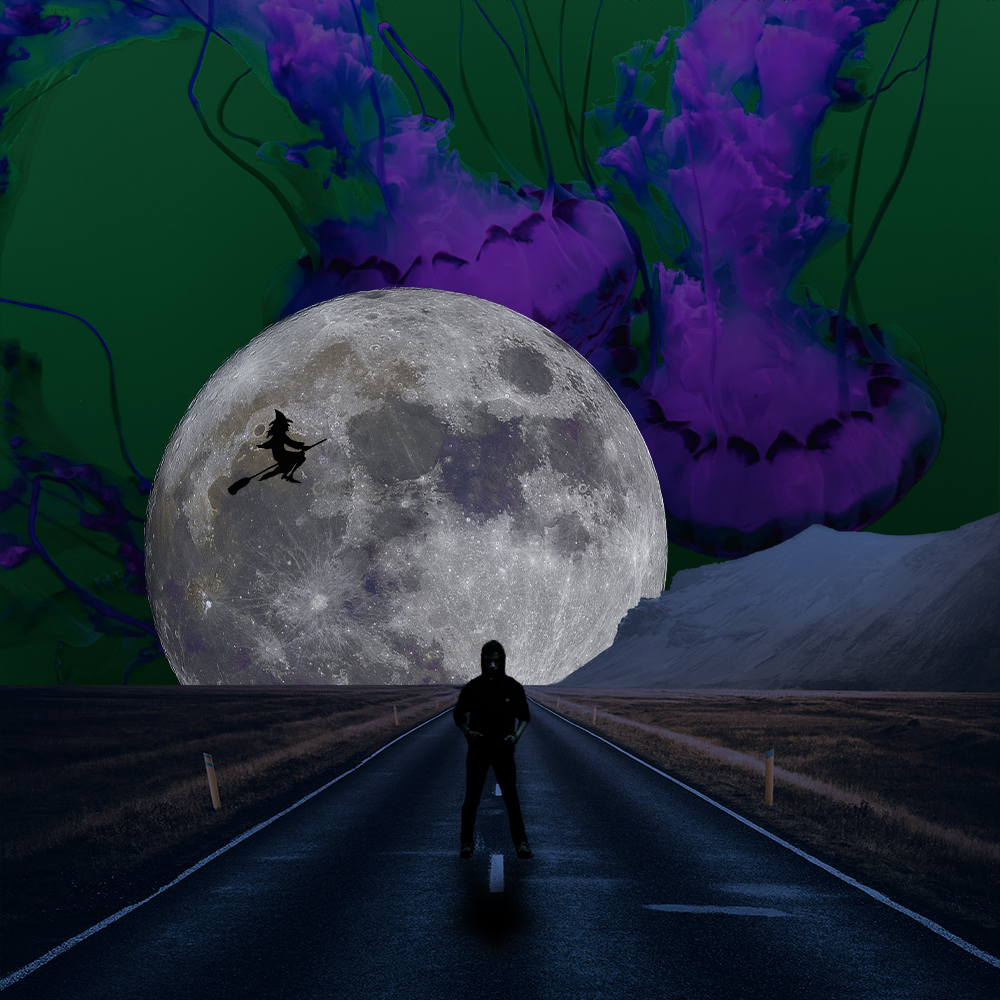 A Search for Meaning in Psychoactive Plants and Home Remedies

Since psychedelics are often connected to mystical experiences, it can be fun to look back on history to see how the intentional or inadvertent use of psychoactive plants may have influenced events related to myth and folklore. While ‘fun’ may be the wrong word when examining European witch-hunts and executions that took place between the 15th and 18th centuries, that rabbit hole actually runs pretty deep. It turns out that psychedelic visions may have played a major role in the conception of witches and witch imagery.

After all, we’ve already covered Santa Claus. Why not ruin Halloween too?

Under the Cover of Nightshade

To understand how psychedelics might relate to witches and witchcraft, it’s necessary to know a little about plants that belong to the nightshade (solanaceae) family. These include common kitchen vegetables, like tomatoes or potatoes —and less common varieties, like datura, henbane, mandrake or belladonna. Obviously, it’s safe to enjoy tomatoes or cooked potatoes (the tuber part), but many of the other plants contain a varied combination of tropane alkaloids. Most relevant to the subject of witches are the compounds atropine and scopolamine, two psychoactive components found in plants such as datura.

Together, these can induce powerful visions that can be frighteningly realistic to the affected individual. Because of the perceived ‘reality’ of these visions, plants like datura and henbane are known as deliriants, as well as being psychedelics.

Witches: A Fist Full of Broomstick

One of the more notorious theories about “witches” from the 14th century onward is the idea that they may have used hallucinogenic “witch’s ointment” to receive visions. Ingredients like mandrake, henbane, belladonna, and wolfsbane were said to be used to make this concoction. Fat would be used as a base to hold it altogether —and the fat of unbaptized children was said by some to be preferable for this purpose.

The hallucinations caused by these alkaloids tend to involve the sensation of flight, which is connected to the common imagery of witches flying. Since scopolamine is absorbed through sweat glands and mucous membranes, witches would reputedly apply the ointment to their armpits, genitals, or rectum. This is where broomsticks were said to be useful.

A less salacious theory suggests that broomstick imagery may have come from witches using broomsticks to stir the ointment while it was cooking down.

Either way, the use of “witch’s ointment” has some basis in a report filed in 1324 during an investigation of an accused witch by the name of Alice Kyteler. Allegedly, they uncovered a pipe of ointment with which Kyteler “greased a staffe”. Beyond this, it’s hard to say how widespread this practice might have been —many, if not all, of the confessions made by accused witches during the Inquisition were made under extreme duress (read; torture).

“Fire burn, and cauldron bubble”. The modern imagery of witches was greatly influenced by William Shakespeare’s Macbeth. In the play, the prophecies made by three witches play a major role in Macbeth’s tragedy and downfall. Shakespeare displayed an image of old hags gathered around a cauldron full of various animal parts, such as “eye of newt” and “tongue of dog”. During this historical period, these images would have been very unsettling for those who already held a fear of witches.

One theory about the conception and widespread fear of black magic and witchcraft is that when medicine became regulated in the 13th century, women were restricted from an official education and forced to be healers in secret. Witch’s brews were actually plant salves intended to heal people and likely contained nightshade plants with tropane alkaloids. This isn’t such a farfetched possibility, considering that atropine and scopolamine both have widespread medical uses today. As healers, these alleged witches could offer care to individuals who were too poor to afford normal doctors.

In order to continue working in secret, witches could have referred to these plant ingredients as different animal parts in their own shorthand. For instance, eye of newt could have meant mustard seeds and tongue of dog may have been wolfsbane. It looks like Shakespeare may have even been aware of this connection, as Banquo wonders aloud if the visions they saw were real or the result of an “insane root.”

In another twist, the real story of Macbeth actually did involve the use of deadly nightshade berries. Wine laced with these poisoned and intoxicated the invading Norwegians, leading to an easy victory.

While we theorize that accused witches may have therapeutically harnessed hallucinogenic plants, we still have to wonder about the accusers.

The witch trials in Salem, Massachusetts that took place between 1692 and 1693 saw around 200 people accused of witchcraft and 20 put to death. These events were set into motion when several young girls began to see terrifying apparitions, and other villagers were accused of using magic to inflict these visions.

In 1976, Linnda Caporael of the Rensselaer Polytechnic Institute noticed that the summer of 1691 was a particularly rainy season for Salem. This would have caused the growth of a fungus called ergot on rye crops —the same type of fungus from which LSD would later be synthesized. Apart from the hallucinations, claims of prickly skin and digestive upset made by the young women are consistent with ergot intoxication. Furthermore, 30 of the 32 affected individuals were on the swampier western side of town. Caporael theorized that the rye was inadvertently used to make psychedelic bread that was then eaten throughout the winter, resulting in cumulative neurological effects.

As much as this theory could explain the events in Salem, the mystery remains as to why young women were the ones primarily affected by the toxin.