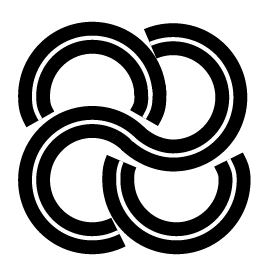 From its original psilocybin platform and acquisitions of other intellectual property in psychedelics to its research into novel oral psilocybin applications, Revive Therapeutics was an early player in the development of psychedelic medicine. While they still hold — and continue to develop — an impressive array of provisional and actual patents in that field, they’ve also expanded into the promising arena of COVID-19 treatments, specifically oral antivirals.

It’s been over three months since CNBC Health Report Meg Tirrelle broke the news that Pfizer would be spending up to $1 billion on developing a new oral COVID pill before knowing whether or not its efficacy would check out In hindsight. It ended up being an opportune move, as Pzifer recently released convincing data on this experimental therapeutic.

Last Friday, Pfizer said its drug cut by 89% the chance of hospitalization or death for adults at risk of severe COVID-19 infection — which was considerably better than the 50% Merck’s oral antiviral Molnupiravir was able to register on its own. The pharmaceutical sector is making a bold bet that early oral therapeutics are the future of COVID-19 treatment, and they are now being generously rewarded through the windfall of government contracts.

While the market seemingly expects Big Pharma to reap all the benefits, there are smaller biopharma companies still very much in the mix to address the urgent need for COVID treatments, resulting in a multi-billion dollar annualized sales potential.

Revive Therapeutics is among this handful. of companies. The Toronto-based biotech firm is heavily invested in psychedelics and infectious disease treatment, and is currently engaged in a late Phase III trial to treat mild-to-moderate COVID infection with bucillamine.

Investors, doctors and patients, and insurance providers are eager for options. Despite the marketcaps of Merck & Co. and Pfizer rising by over $20 billion USD on the days both companies released their positive COVID endpoint data, it appears Revive has not yet captured these same imaginations. The company — which currently trades for a mere $128 million USD overall — is poised to make a breakout should it receive Emergency Use Authorization (EUA), which might be reasonably expected given it’s progress in Phase III trials.

In terms of the science, the case is a pretty compelling one.

Bucillamine, which has been approved for use in South Korea and Japan for rheumatoid arthritis for the past 30 years, already has an advantage of being a safe, real-world medication. Through a fluke of chemistry. Bucillamine displays strong evidence in vitro of preventing SARS-COV-2 virus docking onto the ACE2 receptors — the primary gateway of the SARS-COV-2 virus into human cells. Recent research published on July 1, 2021 confirms thiol-based mucolytics (similar to Bucillamine) also displayed potent inhibition of SARS-CoV-2-ACE2 binding via disulfide reduction.

So unlike the anti-viral drugs being developed by Big Pharma that seek to address viral replication itself, bucillamine may address that and prevent the SARS-COV-2 virus from entering host cells.

Bucillamine as a Therapeutic

As a result of the research and the rise of the Delta variant of COVID-19, Revive has recently decided to incorporate viral load testing in order to complement the study to a minimum of 300 patients that will be enrolled into the current Phase III stage. The viral load will allow Revive to quantify the speed in which bucillamine can reduce viral infection of patients throughout the course of treatment, thus allowing to understand the most optimal time to introduce bucillamine in the treatment course and provide confidence in the potential utility and effectiveness of bucillamine in COVID-19.

The ramifications of Revive Therapeutics’ research are clear. Should the company’s gambit of reducing viral load testing prove-out, bucillamine should be in a favorable position to receive EUA with regulations. It would be compelling proof that bucillamine can arrest viral load directly, and not just reduce the symptoms of COVID.

In an ideal world, regulators would like to see proof of both mechanisms of action at work to demonstrate a heightened baseline efficacy.

Where Do We Go From Here?

With the Phase III trial heading towards its conclusion, the focus will be on whether bucillamine can generate the supporting data to fill out its compelling use case. While nobody knows what the double-blind data will ultimately conclude for bucillamine’s ability to reduce hospitalizations and death, demonstrable ability to reduce viral load would give investors confidence that the primary endpoint is within grasp.

Currently, tests are being done at The University of California, San Francisco (also home to the TrPR or ‘tripper’ program for psychedelic research) to determine how bucillamine stacks up in this regard. More specifically, it is being spearheaded by Dr. John Fahy—a pulmonologist who has a special interest in treating patients with asthma and serves as director of UCSF’s severe asthma clinic. Dr. Fahey’s research receives funding from the National Institutes of Health and various foundations, so the science is credible and grounded.

COVID’s ability to interfere with bronchial airways and oxygen absorption is a major cause of death among patients who succumb to the disease.

The sector is now eagerly waiting to see whether or not bucillamine will show favorable viral load testing results. If the data is convincing, Revive Therapeutics’ pivot from psychedelic medicine to antivirals could be a game-changer, with healthcare providers, investors, and patients poised to benefit.