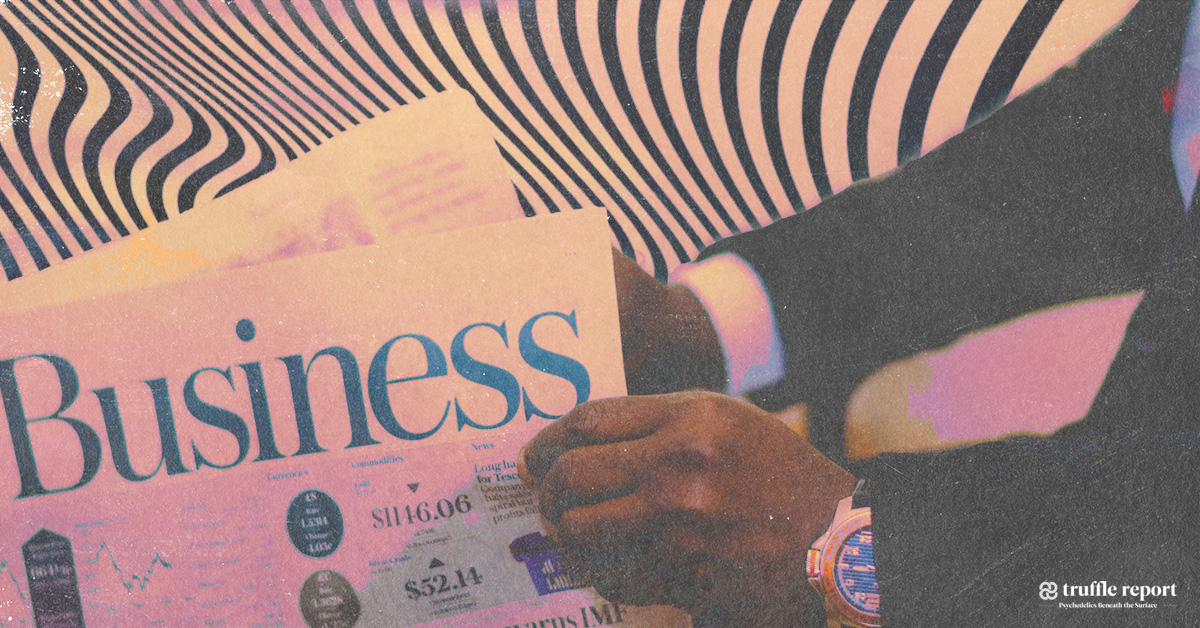 Psychedelic drug developers atai Life Sciences, MindMed, Cybin Inc., and Filament Health released financial reports on Monday for the quarter ending September 30, 2021. These updates come on the heels of last week’s report on the efficacy of COMPASS Pathways’ major COMP360 Phase II clinical trial results, which seemed to impact share prices both for COMPASS and throughout the sector.

atai Life Sciences listed cash and cash equivalents totalling $430.3 million as of September 30, 2021, compared to $97.2 million as of December 31, 2020, an increase which it attributed to its successful IPO in June of this year.

In addition to results from the COMP360 trials results of its subsidiary COMPASS Pathways — and the announcement of the third phase of those trials being slated for 2022 — atai made note of advancements across several other facets of its expansive drug development pipeline, including its proprietary derivative R-ketamine and ibogaine programs.

MindMed has received considerable investor attention in the past year after listing on the Nasdaq this past April, followed in June by a leadership transition as former CEO JR Rahn made way for Robert Barrow.

Additional highlights for MindMed’s most recent quarter listed in Monday’s release included the transition of Bruce Linton from its board of directors in favour of Andreas Krebs and Carol Vallone, a series of new appointments to its advisory board, and a variety of R&D collaborations and partnerships.

Another major player in the emerging psychedelic drug development sector, operational highlights for Cybin included the approval of its Schedule I manufacturing license from the U.S. Drug Enforcement Administration for it’s Boston R&D facility, and the announcement of preclinical data for its proprietary compound CYB003. The company also received approval from the FDA for its sponsored feasibility study using the Kernel Flow to measure ketamine’s psychedelic effect on cerebral cortex hemodynamics, and launched its EMBARK psychedelic facilitator program.

“The first half of the year has been a transformative period for Cybin that included significant and swift advancements in our research and development pipeline and overall business. Through CYB003, we believe that we have identified a potentially safer treatment option for patients with depression and addiction disorders that we expect to have strong intellectual property protection and a positive pharmacokinetic profile for patients, providers and payers. We plan to move through the ongoing, remaining preclinical studies quickly and submit an investigational new drug application and clinical trial application in the second quarter of 2022, in the U.S. and the U.K., respectively,” said Doug Drysdale, Chief Executive Officer of Cybin.

Filament Health announced its balance of cash and cash equivalents totalled $6.4 million as of September 30, 2021.

While considerably smaller in terms of market capitalization and overall operations than atai, Cybin, or MindMed, Filament Health has still listed some impressive regulatory achievements on its quarterly report. These include the receipt of the first-ever FDA authorization for a Phase I clinical trial using naturally-sourced psychedelic substances and the direct administration of psilocin, and having the only patent granted thus far for the extraction and standardization of natural psilocybin.

​​”To date, we have distinguished ourselves as a leader in the extraction and drug development of all-natural psychedelic compounds through our patent-protected botanical extraction process and recent FDA approval of the first-ever clinical trial using all-natural psychedelics to treat a variety of mental health disorders,” said Benjamin Lightburn, Chief Executive Officer. “Our team continues to quickly execute on Filament’s operational milestones, supported by our industry partnerships, extraction expertise and long-term IP strategy. Our goal is to continue our momentum by advancing our novel psilocybin and psilocin compounds through clinical trials, further building out our IP protection, and establishing ourselves as a unique provider of all-natural pharmaceutical-grade psychedelics to the industry. We are committed to maintaining this pace of innovation in order to support the treatment of mental health conditions with safe, natural psychedelics as soon as possible.”