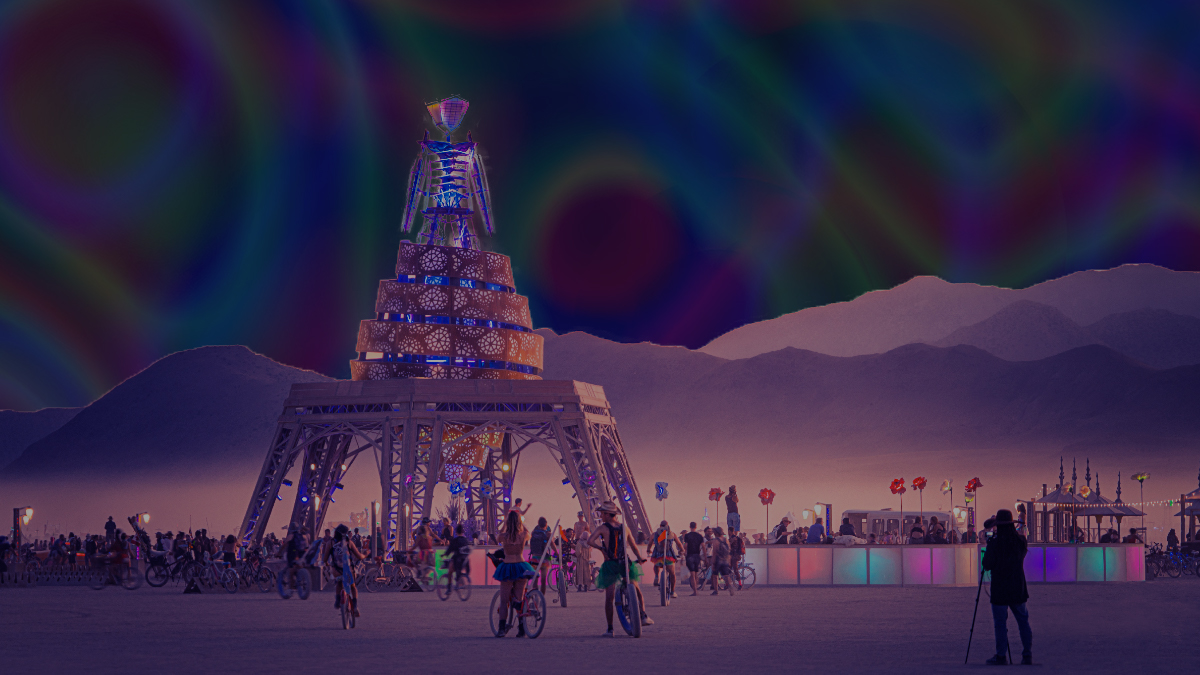 Music Festival Season, We Missed You

With Festivities Put on Pause Due to COVID-19, Here’s a look at Favourites from Years past.

The COVID-19 pandemic has temporarily derailed the vibrant music festival and event scene many in the psychedelic community have grown to love, especially across North America and Europe. Mass gatherings, sweaty should-to-shoulder crowds, and sharing a Camelbak with dozens of other people — the hallmarks of the festival experience — are simply incompatible with the public health measures required to curb the spread of the deadly coronavirus.

The toll on the festival scene, and on the live music industry as a whole, has been heavy. Since the wave of cancellations began back in March, organizers have been forced to reschedule annual events to 2021 or even 2022. A report from music data start-up Viberate, compiled back in April, found that more than 750 music festivals around the globe were impacted by COVID-19, with the most in The Netherlands (121), the United States (90), and the United Kingdom (86). That same report found over thirteen million people would miss a festival they were planning to attend due to COVID-19, translating into a collective economic loss for organizers across the globe of almost US$17 billion. To make up for that loss, some festivals have gotten creative, working with public health restrictions to host drive-in or physically distanced events.

However, there is light at the end of the tunnel: A number of COVID-19 vaccines are in the works, and while experts don’t expect a vaccine to be the catchall solution to putting the pandemic to rest, they’ll be an important point on the road back to ‘normal.’ At the same time, adhering to public health measures by wearing masks, sanitizing your hands, maintaining a tight social bubble, and physical distancing will help us return to some sense of normalcy sooner.

In some parts of the world where COVID-19 cases are especially low or non-existent, such as New Zealand and Taiwan, concerts are resuming, suggesting that the relaunching of the festival scene isn’t as far away as you might think. But until then, take a trip through some of the world’s most well-known psychedelic-oriented festivals for updates on when they’re scheduled to return and how they’re coping with the financial impacts of the COVID-19 pandemic.

Burning Man is perhaps the event most commonly associated with psychedelics in popular culture, but ingesting mind-altering substances is by no means a requirement to attend this annual gathering — or any others on this list.

Burning Man launched back in 1986 with a small crowd on a San Francisco beach. The event quickly grew in size and changed yearly locations for the next twelve years, settling into its home in the Black Rock Desert — about 160 kilometres outside of Reno, Nev. — in 1998. Since then, Burning Man, which can be described as an event (but never a festival), a community, a temporary city, or even a global cultural movement, has become a cultural phenomenon, and for good reason.

The event is like no other: over the span of nine days, a massive self-sustaining and decommodified city is erected and taken down, with no trace left behind. Burning Man organizers don’t book acts or provide entertainment — instead, participants are expected to work together to design and build all the art installations, activities, and events, including sculptures, live music, performances, and much more, inspired by a theme that changes each year (2019 was Metamorphoses, for example).

The event is informed by 10 principles: radical inclusion, gifting, decommodification, radical self-reliance, radical self-expression, communal effort, civic responsibility, leaving no trace, participation, and immediacy. Last year, the event drew a record number of participants at close to 79,000 people. As the name suggests, the pinnacle of the event involves the burning of a huge wooden effigy.

Burning Man was hit particularly hard by the COVID-19 pandemic, losing more than 90 percent of its 2020 budget. “We are now faced with the daunting reality of running a global nonprofit without the necessary means to continue our operations,” the organizers wrote. The Burning Man team says it needs to raise $12 million to get through the first quarter of 2021, broken down into $1.5 million in community funding, $5 million through an annual fund/major gifts, and $5.5 million from matching annual fund/major gift donations. If enough money is raised, then expect Black Rock City to come to life again in August 2021.

Shambhala Music Festival is held every year (barring a pandemic) at the Salmo River Ranch in southeastern British Columbia, near the town of Nelson. The roots of the festival nestled in the Kootenay Rockies go all the way back to 1998, when about 500 people gathered at the ranch for a party showcasing local art and music, according to Shambhala’s website. Enthusiasm quickly grew, spreading by word of mouth, and the event is known today as one of the world’s premier electronic music festivals, drawing in top DJs and artists from across the globe.

In some ways, the location of Shambhala at Salmo River Ranch mirrors Burning Man’s Black Rock City. The 500-acre Salmo River Ranch is a working farm for the majority of the year, transforming into festival grounds and living quarters for thousands of Shambhala attendees across a stretch of five days in July thanks to a crew of over 1,000 workers and volunteers. Like Burning Man, Shambhala also rejects corporate sponsorship of any kind. “This allows the festival to retain a true reflection of the people on the dance floor and their vision of what their community looks like,” reads Shambhala’s website.

Tomorrowland, an annual festival held over two weekends in Belgium, has been at the forefront of EDM culture since the genre exploded in popularity. The festival was founded in 2005 by two brothers, Manu and Michiel Beers. The first edition saw between 500-1,000 festival-goers but quickly grew exponentially, tallying 400,000 attendees in 2019 who snagged tickets to see over 1,000 artists playing across 18 stages, Forbes reports.

Working with the challenges of the COVID-19 pandemic, Tomorrowland went virtual this year. More than one million people tuned into the digital festival, with live-streamed DJ sets featuring over sixty artists across eight stages. Tomorrowland is expected to return next summer, running from July 16–18 and July 23–25.

Set in a beachside “lush jungle playground” in Costa Rica, Envision Festival takes the cake for having one of the world’s best locations for a seven-day celebration, attended by about 5,000 people annually. Over the years, the festival’s lineups have featured an eclectic mix of world-renowned DJs and lesser-known talent, including Rufus du Sol, Tycho, Griz, Bob Moses, and Troyboi. Envision also features workshops, speakers, yoga, dance, art, and much more.

Envision is deeply informed by seven pillars: sustainability, music, spirituality, movement, health, art, and education. Envision makes that sustainability pillar an especially important feature of the festival, and committed to planting 10,000 trees this year, reaching close to 80 percent of that goal. In collaboration with the owners of Rancho la Merced (where the festival is set), Envision has planted an additional 4,800 trees and reforested 14 kilometres of roads and fencelines. “By focusing on fruit and nut trees that the animals like most, we are creating long, interlacing lines of trees that will provide food and shelter to help animals make the crossing between the mountains and coast,” reads the festival’s website.

Envision also runs a non-profit in Costa Rica called Somos El Cambio, which “aims to raise and channel funds towards projects that benefit the immediate community as well as Costa Rica nationally.” So far in 2020, the non-profit has donated $17,000 worth of medical equipment to a local hospital and $5,000 to a local food bank for COVID-19 relief.

This year’s edition of Envision was held in February before the wave of COVID-19 cancellations began, but the 2021 edition was cancelled due to the pandemic. Instead, Envision plans to return in 2022 for its 10 year anniversary.

Boom Festival is a transformational festival that takes place every two years in Portugal during the August full moon, self-described as “a truly psychedelic global gathering of music, arts, culture & hands-on sustainability.” The roots of Boom Festival, which kicked off in 1997, are in psychedelic trance. Over the decades, the festival has expanded on all frontiers to include performers from multiple genres of electronic music, while also offering workshops, conferences, live performances, art galleries, yoga, meditation, and film screenings.

Boom is guided by ten principles: alternative culture, active participation, creativity, humanism, interdependence, peace, love, oneness, social awareness, and sustainability. The 2020 edition of the festival was rescheduled due to COVID-19 but is expected to return in July 2021.