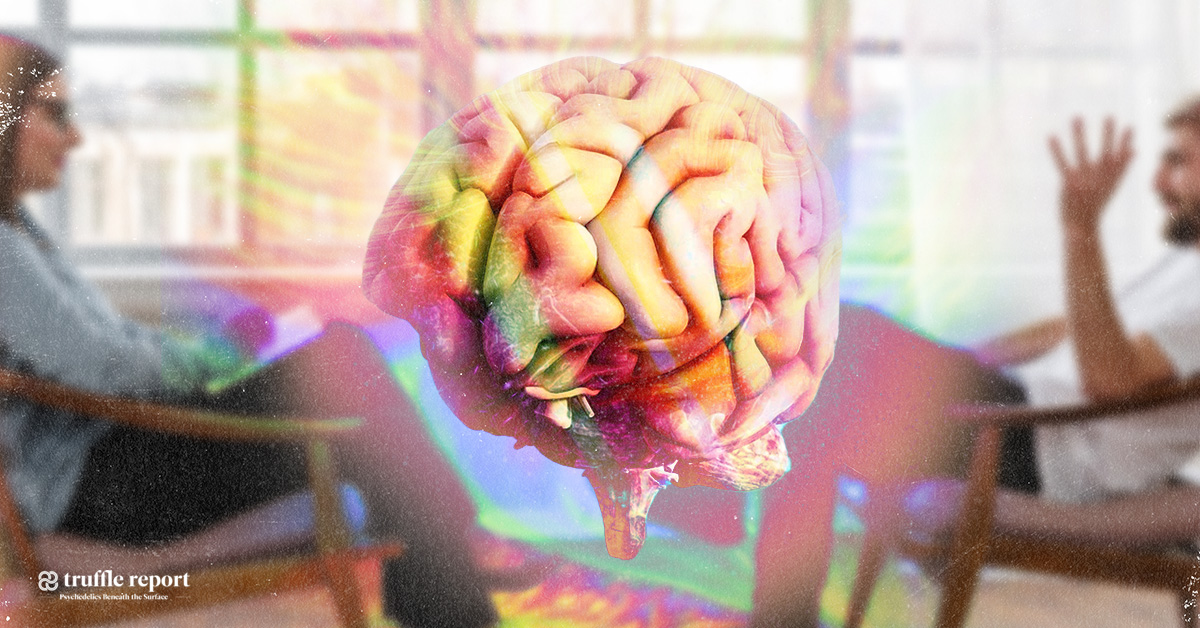 Today, almost anything can be customized to suit an individual perfectly. But what about medicines? In the psychedelics field, several companies, including MindMed and atai Life Science’s new platform company PsyProtix, are exploring the emerging field of precision psychiatry with the hope of one day being able to create personalized psychedelic medicines.

What is Precision Psychiatry?

Precision psychiatry is a new field within psychiatry defined as: “an emerging approach for treatment and prevention that takes into account each person’s variability in genes, environment, and lifestyle.” If it lives up to its promise, it could radically change the field of psychiatry. But it has also been argued it does not offer a viable alternative to the current classification systems being used by psychiatrists.

“It’s very important for us, the people who are pushing this field forward, to be very honest with ourselves and with the public about what we know and what we don’t know,” he says.

“When the genome was first solved 20 years ago, we thought that we could gain the ability to understand the genetic bases of diseases. Needless to say, that has not played out in the way we hoped it would — not a whole lot of new knowledge and certainly not a whole lot of improved human health has been driven by this.”

Dr. Karlin explains that the closest psychiatry has come to genomically-informed medicine is pharmacogenomics: the study of how a person’s unique genetic makeup (their DNA) influences their response to drugs. However, this field is also in its infancy, and its use is limited.

Dr. Karlin tells Truffle Report that all of psychiatry, including psychedelics, would be improved by precision.

“One of the promises of psychedelics is that they, unlike a lot of efforts in psychiatry drug development where we’ve tried to get more and more precise, may be able to hit just one receptor, with no off-target effects and no side effects — really clean medicines,” he says.

“But psychedelics, by their nature, are not so precise — they cause wide-ranging perceptual, mood, and mindset changes. It’s one of the reasons they work as well as they do, so we need to consider how we see these imprecise psychedelics in precision psychiatry.”

One area where Dr. Karlin believes precision psychiatry could play a role in psychedelic medicines is by moving past the first generation of psychedelics (classic psychedelics such as psilocybin and mescaline) to next-generation psychedelics.

“Potentially, next-generation, well-targeted precision psychedelics could be better suited to the individual and therefore produce better outcomes. They may be able to produce effects that require, say, less time in the clinic or potentially even a medication that is something a person can take home,” he explains.

Dr. Karlin adds that not enough is known yet to predict how this effort will play out.

“All sorts of questions about progressing this class of drugs to newer, potentially more effective drugs also depend on more precise diagnosis and assessment,” he says.

He suggests that precision psychiatry should go beyond diagnoses based on the Diagnostic and Statistical Manual of Mental Disorders (DSM) criteria and better measure people’s signs and symptoms to improve treatments.

“We need to agree on what our diseases are called and their symptoms and so on, but it doesn’t really help us move towards more precise psychiatry,” he explains. “What we have to strive for is recovery-oriented treatments — treatments that are not just about symptom amelioration but are about people being able to progress their lives and reach their highest potential.”

“In my mind, MindMed’s aspirations for precision psychiatry and precision psychedelic medicine are to help people reach their best possible state, and potentially words like ‘cure’ and ‘recovery’ need to be included there.”

Through a new partnership with healthcare software provider Forian, MindMed is leveraging real-world healthcare data and deep digital phenotyping to create in-depth and precise profiles of individuals with generalized anxiety disorders (GAD) and other conditions of interest to inform its drug development programs.

With participant consent, the company is collecting additional information about patients involved in both its drug studies and digital studies. The company has also purchased data from University Hospital Basel, which has a long history of psychedelic research.

“This gives participants another way to provide additional data to help themselves in some cases, but really for the purpose of helping everybody,” Dr. Karlin explains.

“We take this data and anonymize it into a meaningless token which can be used to access a person’s health records without using their identity, including prescription records and potentially electronic health records. When someone participates in a study, all you usually know about them is from the six-week study, and you ask them questions about their history, but you don’t go back in time and get the records from beforehand.”

“Doing this allows us to gain a broader view of someone’s interaction with the healthcare system, and we can use that to try and build new models that can provide a more precise understanding of how a person’s course corresponds with their diagnosis. Ultimately we’re hoping to build this model out to understand which treatment may be best for someone based on all that data.”

While Dr. Karlin cannot provide an exact figure for the number of patients’ data collected to date, he notes that participant numbers between the company’s past and planned studies are in the thousands. All the data that is collected is analyzed using algorithms built by MindMed’s in-house data engineers.

The Path Forward for Precision Psychiatry

Dr. Karlin believes that precision psychiatry is one part of the psychedelics sector that should not be competitive.

“There’s never going to be a proprietary understanding of mental illness, so we see a lot of what we are doing in the precision psychiatry space as non-competitive,” he says. “For us, and for our colleagues in the field, we want to focus on where the competitive differentiators are, and where are the places that we can cooperate and collaborate to progress the field as a whole.”

When asked if he thought precision psychedelic medicines would have an advantage in receiving approval from regulatory bodies such as the United States Food and Drug Administration (FDA) or Health Canada, Dr. Karlin says that the science needs to lead the way.

“The first generation of approvals is going to be on traditional measures,” he explains. “Everybody wants to move in the direction of precision measurement and digital tools, but the science has to be there before that can be the case. We need to make sure the science has gone first and led us to the right place — speculation isn’t good enough when it comes to developing new medical tools.”