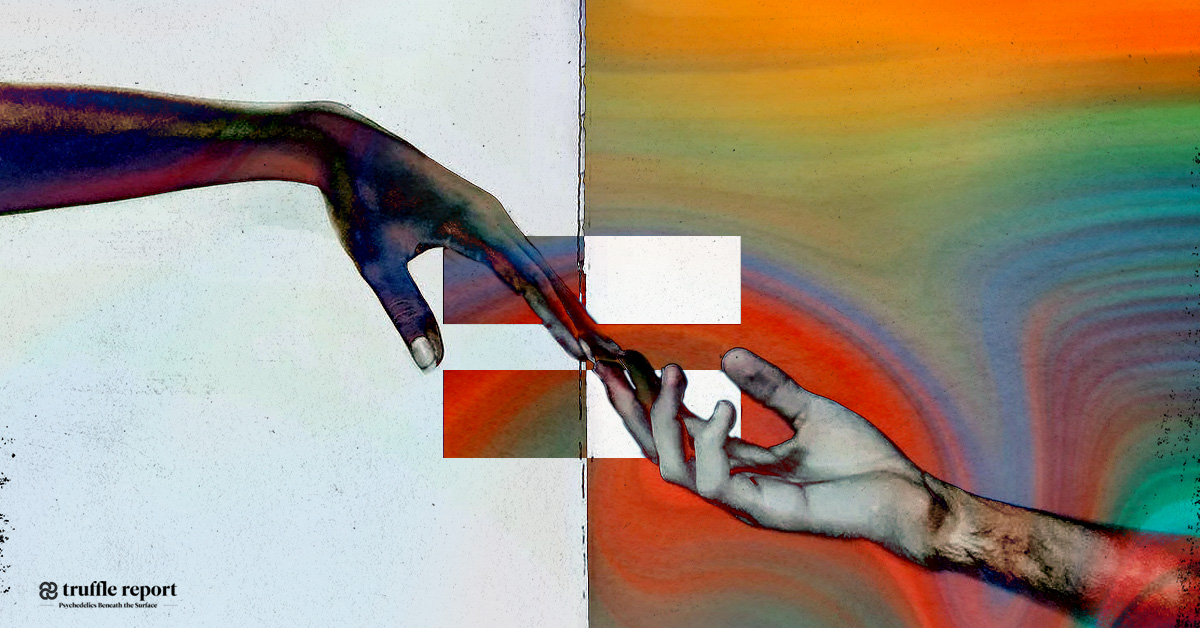 Let’s begin with a question. What if Rick Doblin — the renowned American drug activist and founder-executive of the Multidisciplinary Association for Psychedelic Studies (MAPS) — had been a black woman? Would the founding of MAPS in the 1980’s have gotten the same response? Would we have had the same level of research and awareness around MDMA-assisted psychotherapy 35 years later?

If I had to take a guess, the answer would probably be ‘No’.

“It takes a lot of privilege to have been in this space for as long as Rick [Doblin] and MAPS have been,” admits Steven Huang, the Diversity, Equity, and Inclusion consultant employed by MAPS to address these issues. “And as psychedelics go mainstream, we should all consider how we can wield our privileges to make the ecosystem more equitable and accessible,” he tells Truffle Report.

Psychedelic substances are inching closer to becoming a part of our healthcare system for treating various ailments including depression, PTSD, and severe anxiety associated with end-of-life distress. As more studies continue to emerge, there has also been increased focus on equity and accessibility to these substances — whether achieved through medicalization or partial decriminalization in North America.

In the meantime, advocates are trying to emphasize the issue of lack of representation of ethnic minorities in psychedelic streams — science, research,  and business  — and are desperately hoping that the booming psychedelic space doesn’t follow in the footsteps of the cannabis industry.

A study published in October 2020 by the Centre on Drug Policy Evaluation suggests that the cannabis industry leaders are mostly White (84 percent) and even more predominantly male (86 percent). Further, indigenous peoples only account for 2 percent, while Black business leaders account for 1 percent of the industry.

The psychedelics industry, similarly to the cannabis industry, is dominated by cisgender heterosexual white men. However, this is not stopping organizations like MAPS and Numinus (for whom Huang also consults) from attempting to understand and address the issues of equity, diversity and inclusion at various levels while there is still time to avoid the same mistakes.

“We have to make sure that historically marginalized populations don’t get left behind,” Huang emphasizes, adding that systemic issues like exclusion would require systemic solutions to bring a change.

MAPS has recently created formal positions within their organizational structure to help address issues of exclusion through practices Justice, Equity, Diversity and Inclusion – or JEDI, in their terminology.

Huang — MAPS’ first JEDI consultant — shared with Truffle Report that his own healing journey with psychedelics at a music festival was a pivotal point for his career shift. “I was just experiencing a deep, deep sense of belonging and inclusion in this crowd [at the festival]. And I’m like, ‘This is what I want to feel like all the time. This is what workplaces should feel like, this is what the world should feel like. Yeah, that’s what these diversity and inclusion people are like working on, I get it.’ I got home, and I shifted my entire career,” he shares.

The position as a JEDI or DEI (Diversity, Equity, Inclusion) consultant, Huang says, isn’t just another HR position. Instead, it plays a critical role in understanding the relationship of psychedelics with every individual from all walks of life.

As a part of his job, Huang shares that his role at MAPS consists of strategizing “education and training programs for the organization around diversity issues that are both about the workplace, and being inclusive with colleagues and co-workers. But also bringing in issues around indigenous reciprocity or spiritual bypassing, or things that are relevant to psychedelics” such as identity and identity dissolution in psychedelic therapy.

Although there aren’t any prescribed guidelines to work on equity issues, Huang shares that the ability to empathize and understand diverse populations is critical in reviewing psychedelic programs with a DEI lens.

For example, Huang played a role as a reviewer in Numinus’s Ketamine-Assisted Psychotherapy program, where he helped ensure cultural safety and sensitivity. The intake process asks identity questions (e.g. “Are you indigenous”), trauma history (e.g. “Have you been a victim of sexual violence”), and considers factors that relate to accessibility and cost.

Besides the existing parameters, Huang brings value to initiatives and programs through his own exposure and interactions with people from varied sections of society. “I try to adopt a lens of people that aren’t getting thought about or are ignored in these programs.”

Psychedelic research has heavily excluded ethnic and gender minorities from their clinical studies. There is also an understanble sense of hesitation among racial minority groups, itself part of a systemic an institutional distrust stemming from ill-treatment, neglect, and experimentation. Frankly, mainstream clinical research, psychedelic or otherwise, makes little effort to encourage diversity in its sample populations.

Huang shares that one of the biggest barriers to diverse participation is that the elimination process while looking for participants is strict. Scientists try to keep their sample groups as relevant and uncomplicated to the study as possible, with an aim to be successful in their research. Far from just impacting racial and gender minorities, this can also exclude those with chronic medical conditions, or family histories of certain mental health issues.

“The person that has a lot of complications like racial trauma, or if they’re a non-binary person, is not going to be a psychedelic researcher’s first choice. Maybe they’re not familiar with how [participants] are going to receive a certain treatment,” Huang says. “So studies default to the route of least resistance; folks with no history of psychiatric issues are more likely to get chosen.”

He adds, “The questionnaires you fill out to be a part of these groups are quite extensive. Structurally, instantly, we know that as people of colour and gender and sexual minorities, we have more trauma, we’ve had to navigate this world in different ways. And so, we’re more likely to be excluded from being chosen as a participant.”

Some attempts to redress issues of structural exclusion are already underway in the wider research space. The University of Wisconsin-Madison’s psychedelic research initiative developed around diversity. The researchers at UW-M are trying to understand the hardships of racialized and indigenous communities, and encourage their participation in clinical trials.

Another first-of-its-kind research project at Imperial College London is attempting to understand psychedelic experiences in group settings, such as traditional ceremonies and guided group experiences, with over 800 participants.

Huang admits that bringing equity and diversity as a systemic change is a long process. He tells Truffle Report that he’s focused on bringing awareness to organizations. “I think the role that I want to play in the psychedelic ecosystem is to inspire people and ignite a curiosity,” he says, “because ultimately, I’m not going to be the one picking people for these trials.”