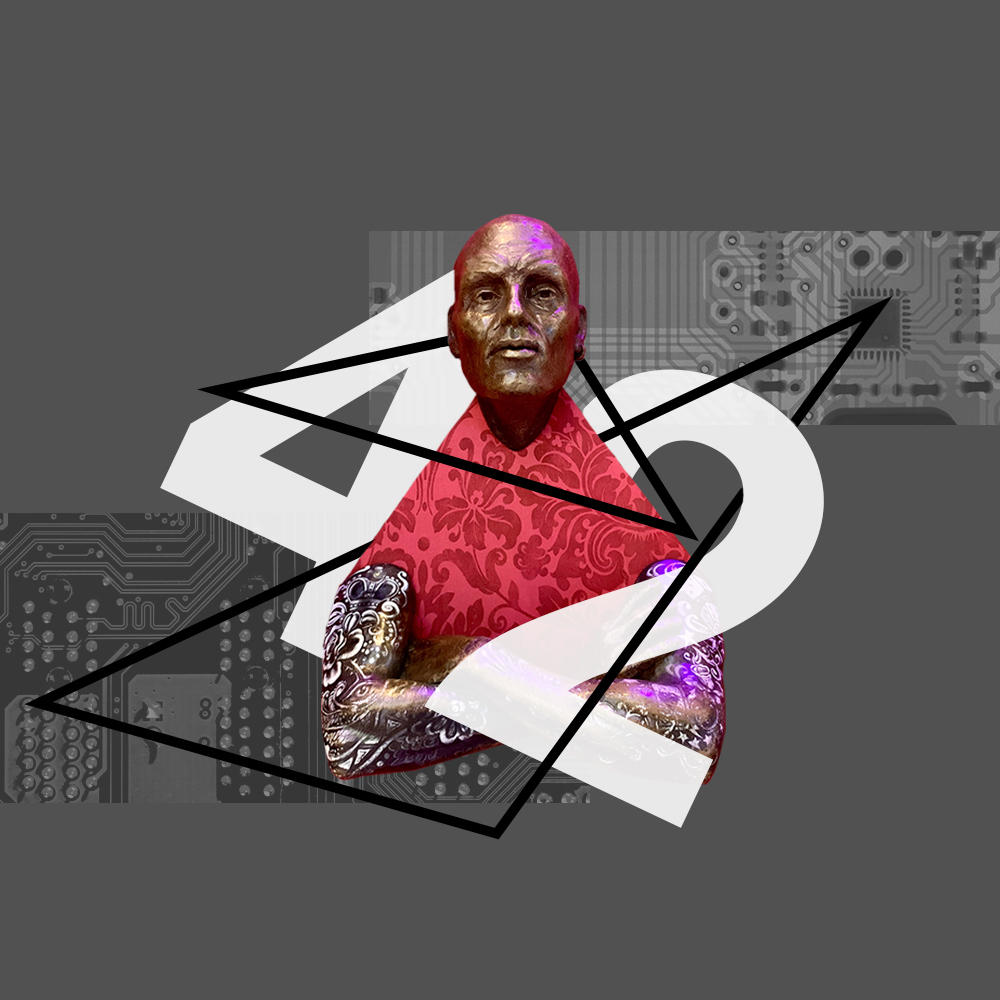 Editorial: Psychedelics And Life, The Universe, And Everything

Will we Understand the Answers Psychedelics Give us?

Psychedelics are at the eye of a fascinating storm, suddenly finding themselves the centre of major commercial and medical questions, as well as tremendous philosophical and spiritual discussions being given attention by some of the world’s most respected research institutions. All of it leads me to wonder, what if the medicine works too well? What if we’re asking the wrong questions? How do we know that we can interpret the answers? It’s probably a poor reflection on me that a recent series of interviews with prominent for-profit and nonprofit psychedelic researchers and executives have put me in mind of these guys.

For those unfamiliar, or just otherwise distracted by the spectacularly dated British sci-fi aesthetic, that clip came from the 1981 BBC adaptation of Douglas Adams’ The Hitchhiker’s Guide to the Galaxy. The two gentlemen in the shiny suits are meant to be a race of advanced aliens, the designers of a magnificent supercomputer created to answer the ultimate question: The Meaning of Life, The Universe, and Everything. The answer is, of course, 42, and fans like myself enjoy really speculating as to why.

What Does This Have to do With Psychedelics?

In the original novel, and prior to the scene shown above, our two alien scientists are confronted by representatives of intergalactic unions representing priests and psychiatrists, concerned that the aforementioned ultimate answer would put them out of business. While I do not believe that psychedelics represent the answer to life, the universe, and everything, it’s easy to see that there could be considerable disruption to certain market shares if these substances live up to their potential.

To understand this properly, we have to look at some of the cruelest mental health conditions we know in marketing and production terms. Simply put, billions of dollars a year are spent on addiction, depression, and anxiety, to name just three. Fledgling psychedelic pharmaceutical and natural health product producers are increasingly fond of reminding us of these figures, and of the poignant fact that the treatment measures they represent are not very effective.

Recently, I’ve asked my fellow contributors at Truffle Report to try and accentuate the negative. While I certainly don’t expect anyone to shed tears for pharmaceutical companies whose less-effective treatments might be swept aside by psychedelics, there are probably going to be those supporting current treatment modalities who will have to adapt.

More interesting to me, and relevant to my Hitchhiker’s clip, is the notion of some kind of big answer, or answers arising about the nature of the human mind from the current psychedelic renaissance. There is a lot of rhetoric about personal optimization, peak performance, and integrated psychedelic use for emotional health coming from the wellness space. I regard this both with interest, and a healthy degree of skepticism. More fascinating to me are the results of Dr. Roland Griffiths of the Johns Hopkins Centre for Psychedelic and Consciousness Research, who concludes based on studies of psilocybin’s interaction with the human brain that we are hardwired to be able to have mystical experiences.

While research such as this may lead us to something like our 42, it’s both frustrating and comforting to me to realize that, like our retro alien friends on the BBC, we probably won’t find the right questions to able to comprehend it.