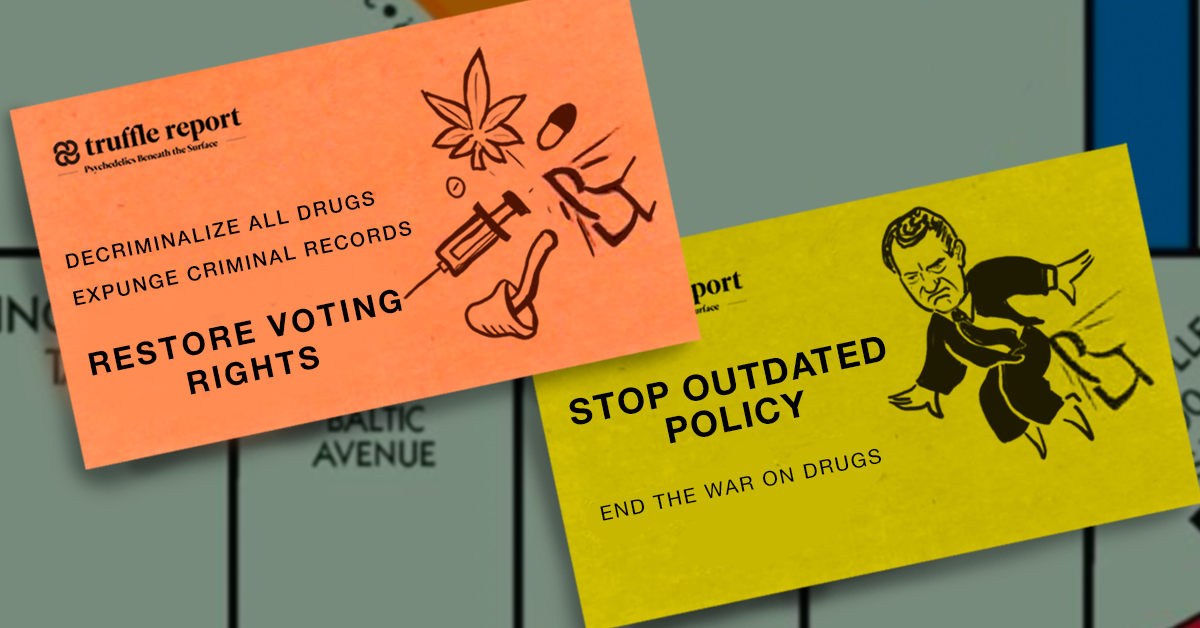 For the first time in the history of the United States, a bill to decriminalize possession of illicit drugs was introduced in the House of Representatives on Thursday, in time with the 50 year anniversary of the Nixon Administration’s declaration of a War on Drugs.

Bill H.R. 4020, titled the Drug Policy Reform Act and sponsored by U.S. Representatives Bonnie Watson Coleman (D-NJ) and Cori Bush (D-MO), will ask Congress to “refocus its strategies” for addressing substance use, and turn to a strategy that is “health-focused, evidence-based, and respectful of self-determination.”

Drug Policy Alliance (DPA), a national organization leading the drug decriminalization movement in the U.S., worked on drafting the language of this bill with the sponsors.

Drug policy advocates and experts presented their testimony to the members of the House Judiciary Subcommittee on Crime, Terrorism, and Homeland Security in a virtual event called ‘Undoing the Damage of the War on Drugs: A Renewed Call for Sentencing Reform’.

“It’s a historic moment,” says Queen Adesuyi, Policy Manager with DPA. “It’s an important moment for the drug policy reform movement. We’ve seen progress when it comes to cannabis reform but now, we have a bill that would end criminal penalties for all drugs. That’s the direction that we want to go when we talk about ending the War on Drugs,” she adds.

The bill was unveiled earlier this week. If passed, the new legislation would end criminal penalties on small amounts of drug possession, and would recast the issue in healthcare terms — rather than involving the criminal justice system — by placing the Department of Health and Human Services in charge of drug policies, and asking HHS to establish a Commission on Substance Use, Health and Safety.

“I think a special piece of this bill is that it doesn’t arbitrarily draw lines for personal use for each substance. Instead, that creates a commission of 18 members,” Adesuyi says. “The bill is very intentional about who is included on that commission. It includes former and current drug users, harm reduction practitioners, medical doctors, and criminal/legal reform experts. It’s inclusive of people who, we hope, will work with dignity when it comes to addressing drug use with evidence and data.”

Bush and Coleman’s bill would expunge criminal records, and eliminate the consequences of drug arrests including convictions, voting rights, denial of employment and public benefits. “The bill does a really good job at addressing the collateral harms that come with convictions. It would restore the rights of people who have been impacted by a conviction like voting rights or tuition assistance,” Adesuyi tells Truffle Report.

There is growing support for drug policy reform across the United States. Recently, Nora D. Volkow, Director of the National Institute on Drug Abuse (NIDA), authored an op-ed entitled ‘Addiction Should Be Treated, Not Penalized’ for Health Affairs, criticizing the disproportionate effects of the War on Drugs, particularly the over-incarceration and criminalization of drug users.

Another poll by Data for Progress and The Lab released this week shows that more than seven in ten, or 71 percent, of those surveyed believe that drug policy reforms are needed. About 59 percent favoured decriminalization of drug possession and drug distribution in small amounts.