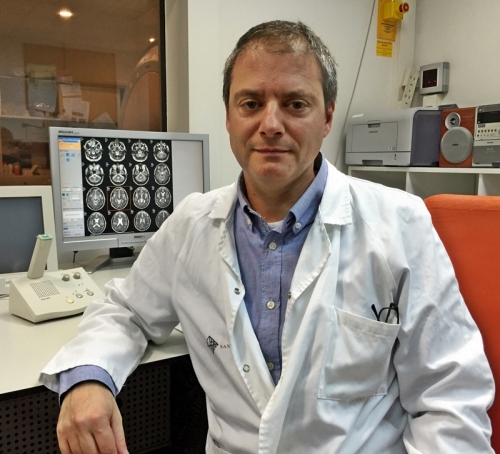 In August of 2020 the scientific world said goodbye to a pioneer of ayahuasca research. Dr. Jordi Riba was one of the most prolific and renowned minds in the field, having devoted almost his entire career to the mysteries of ayahuasca.

Who Was Jordi Riba?

Jordi Riba was born in September of 1968 in Barcelona, Spain. After acquiring his B.S. in Pharmacy at the University of Barcelona in 1993 he went on to complete his doctorate in pharmacology at the prestigious Autonomous University of Barcelona (UAB) in 2003. He dedicated over two decades of his life and career to the research of ayahuasca, during which time he published nearly 80 scientific articles. He was also an active public speaker at conferences all over Europe, the United States, and Latin America.

Among his most notable contributions to the field of psychedelic research was his success in conducting the world’s first controlled clinical trial with ayahuasca, along with the first neuroimaging studies with the Amazonian brew. His pioneering understanding of the neuroscience and therapeutic potential of not only ayahuasca but also other psychedelic substances like LSD, psilocybin, and cannabinoids were essential building blocks for the current renaissance of psychedelic research.

Riba began researching psychedelics, specifically ayahuasca, at a time when there were very few clinical trials studying these effects, and a limited willingness on the part of academic institutions to engage in and finance such unorthodox projects.

In a 2016 interview, Riba stated that his fascination with psychedelic substances began in a very natural way. He was always interested in the biochemistry of the brain, so any substance that interacted with the central nervous system was fascinating to him. Spanish anthropologist Josep Maria Fericgla also had a significant influence on Riba’s interest in ayahuasca research. Fericgla had been conducting research on the ritual use of ayahuasca among the Shuar people of the northwestern Amazon and introduced Riba to ayahuasca-using groups in Spain.

This natural curiosity and interest in psychedelic research can be traced back to 1994, when Riba conducted his initial investigation at his own university. Two years later, he and other researchers established a research program at the Sant Pau Hospital in Barcelona, beginning the process of developing a trial design and protocol that could be used for later studies. In 1999 he was able to conduct his initial study. It was the first placebo-controlled trial with ayahuasca, demonstrating that the brew could be safely administered to healthy volunteers.

During his lengthy and productive career, he was involved in multiple clinical studies investigating the pharmacokinetics and pharmacodynamics of ayahuasca including alkaloid disposition, electroencephalography, and neuroimaging measures of ayahuasca effects. In 2006, he became Associate Research at the Drug Research Center of Sant Pau Hospital in Barcelona, where he led the Human Neuropsychopharmacology Research Group. In 2013, Sant Pau Hospital began a collaboration with the Beckley Foundation. It was through this partnership that he began exploring the potential of ayahuasca to promote neurogenesis.

The Rocky Path of Psychedelic Research

Riba’s initiation on the study of ayahuasca was not a smooth ride. He faced harsh resistance from religious groups that considered his studies to be offensive towards their beliefs. Eventually, some of these same groups began to embrace his work, but that didn’t end the fight.

For much of Riba’s career, his research lacked institutional support and suffered from strict funding limitations. While he did manage to move his work forward and achieve international recognition, he was basically unknown in his own country for many years. However, he was passionate about psychedelic research and wanted the public to be able to access it in his native language. He translated Jonathan Ott’s Pharmacotheon into Spanish, making it accessible for millions of Spanish speakers around the world.

In 2017, Riba was featured on a list of ’25 People Shaping the Future’ published by Rolling Stone magazine. He shared the spotlight with a number of other prominent figures including tycoon Elon Musk and the United States’ future first female VP Kamala Harris.

Rolling Stone highlighted Riba’s ayahuasca research and how he identified possible structural changes in the brains of long-term ayahuasca drinkers, specifically a measurable and significant thinning of the posterior cingulate cortex, an area of the brain associated with the ego. During his interview with the magazine, Riba stated that he was convinced it wouldn’t be long before we would get to see psychedelics fully incorporated into the therapeutic practice.