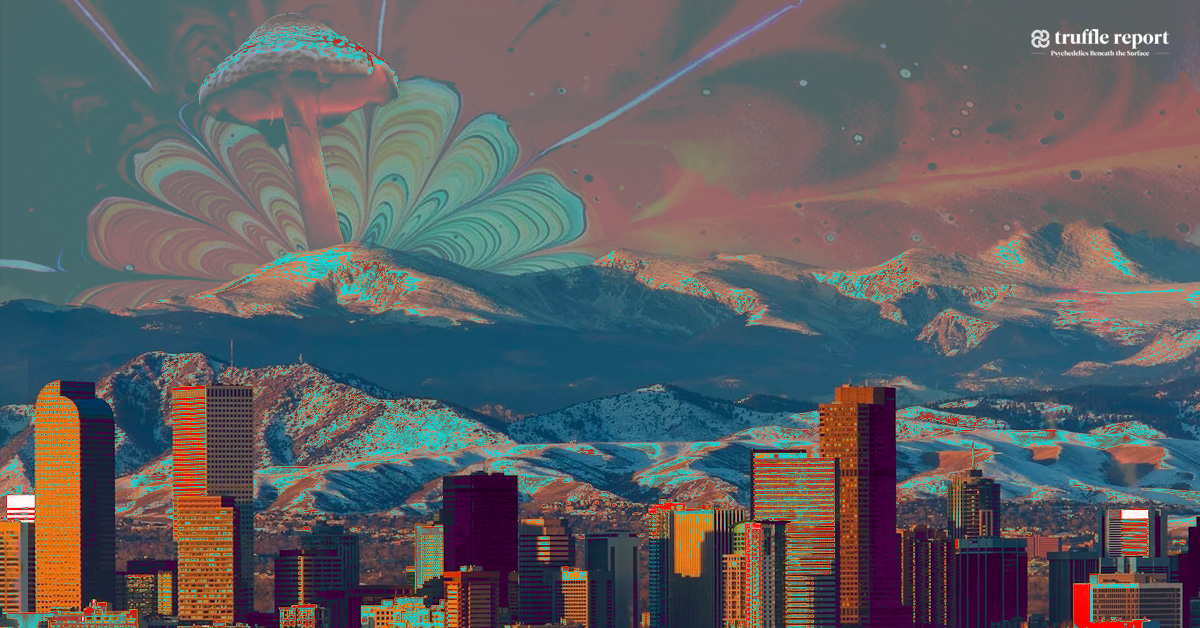 Psilocybin advocates and experts in Denver, Colorado are coming closer to submitting recommendations for expanding the decriminalization of psilocybin to the city council.

The upcoming review panel’s 2021 Comprehensive Report recommends expanding decriminalized use of psilocybin for noncommercial social sharing or gifting, use in communal settings, and strengthening first-responder services for psychedelic harm reduction.

“With our panel, we’re coming from the perspective of focusing on safety and responsible use with psilocybin,” says Kevin Matthews, founder of Vote Nature, who is spearheading the expansion initiative, and earlier led Decriminalize Denver’s effort which resulted in the historic decriminalization of psilocybin in 2019. “The mission of this panel was to assess the impact of decriminalization in Denver from that [safety] perspective, and then offer additional recommendations.”

This time, Matthews is aiming to democratize psychedelic reform.

The Denver Psilocybin Mushroom Policy Review Panel was established by the city after a voter-approved initiative (Initiative 301) made psilocybin the lowest law enforcement priority in May of 2019 —  a first in the U.S.

Matthews tells Truffle Report that the proposed language around communal use of psilocybin “is really exciting” because it is going to “allow people and communities to determine their own relationship with these compounds, like, how do they want to work with psilocybin? How do they want to create an environment that’s conducive to a healing experience?”

“I find that very beneficial because then we’re talking about people who are here, who are local, and giving communities a chance to create their own protocols around responsible use of psilocybin,” he adds. “If people are willing to share and participate, we can learn more of these best practices, which can then be applied to broader regulatory models in the future.”

One of the main reasons to include the language of social sharing, Matthews said, is to protect individuals from potential felony charges when sharing the substance with another person. “There’s a law in Colorado that says that even gifting (or noncommercial distribution) of any Scheduled or controlled substance would be considered a felony. That’s a big part of the reason we’re doing it.”

However, there’s still an ongoing conversation about how to compensate the space holders and trip sitters during communal use of psilocybin in private settings. “They deserve to be compensated for their time from that harm reduction perspective,” Matthews emphasizes. “The underground practitioners that I have spoken with are all trained, and a lot of them are familiar with this work.”

Hoping to frame something similar to Michigan’s recent state bill for decriminalizing psychedelics, Matthews says, “We simply need to have this conversation with the members of our city council.”

The 60-page document is scheduled to be presented to Denver’s Finance and Governance Committee on November 9, 2021, at 3 PM Mountain Time.

The proposal is expected to take several months before being approved.

“I would imagine it’s going to be at least a couple of months, especially now as we’re heading into the holiday season,” Matthews says. “My goal is that by the end of January, or maybe February if I’m being a little more conservative, we’ll have a new state of decriminalization in the city of Denver.”

“We’ll have made some progress, just in terms of all these talking points: what does it look like for therapy? How’s the first responder training going? Which organizations in the city should we partner with to create educational materials?” he adds.

Denver is acting as the pilot testing ground for the soon-to-be-launched psychedelic harm reduction training for first responders — the very first recommendation in the Comprehensive Report, Matthews shared.

“I think it’s going above and beyond,” Matthews says. “We’re not only expanding civil liberties for personal use, possession, and communal use in Denver, but also giving law enforcement the tools and training that they need to de-escalate any kind of crisis situation that they might encounter that involves psilocybin, or really, any psychedelic substance.”

The Multidisciplinary Association for Psychedelic Studies (MAPS), along with the City and County of Denver and Psilocybin Mushroom Policy Review Panel, are working on the training initiative.

MAPS has been involved in providing peer support harm reduction services since the early 2000s, including the Zendo Project, which offers individuals compassionate care during festivals and events.

MAPS Harm Reduction Officer Sara Gael, who was appointed as the harm reduction advocate on Denver’s Psilocybin Mushroom Policy Review Panel, tells Truffle Report, “In Colorado, when cannabis was legalized, there was an increase in cannabis-related behavioural and mental health calls to paramedics and law enforcement. And so in Denver, we want to be proactive and ensure that the right education and training are in place [for psilocybin].” There is no data available yet on psilocybin-related emergency calls.

“Our major goals are to provide education, to create an understanding of psilocybin usage, a psychological and physiological response and potential adverse effects,” she adds, continuing, “[we want to] Demonstrate the need and legal considerations for the proper education of first responders, to create standards and protocols for effective psilocybin related crisis response.”

There will be multiple pilot training programs, which will continue to be assessed and incorporated based on the feedback before they are implemented on a wider scale.

“We haven’t yet delivered the pilot but the different departments that we have been working with have been very enthusiastic about this,” Gael shares. “We are looking forward to continuing to collaborate with them as we develop this training. And there’s a recognition for the need for this type of training.”

Gael said that the first pilot is expected to be delivered by the end of 2021, with about 40 individuals in training. Additional pilots will follow.

If this proves successful, Gael says, “We are looking at the possibility of bringing this training to other cities. And in Denver, what we are looking to create is a model that can then be replicated in other cities, specifically cities that are decriminalizing psychedelics.”