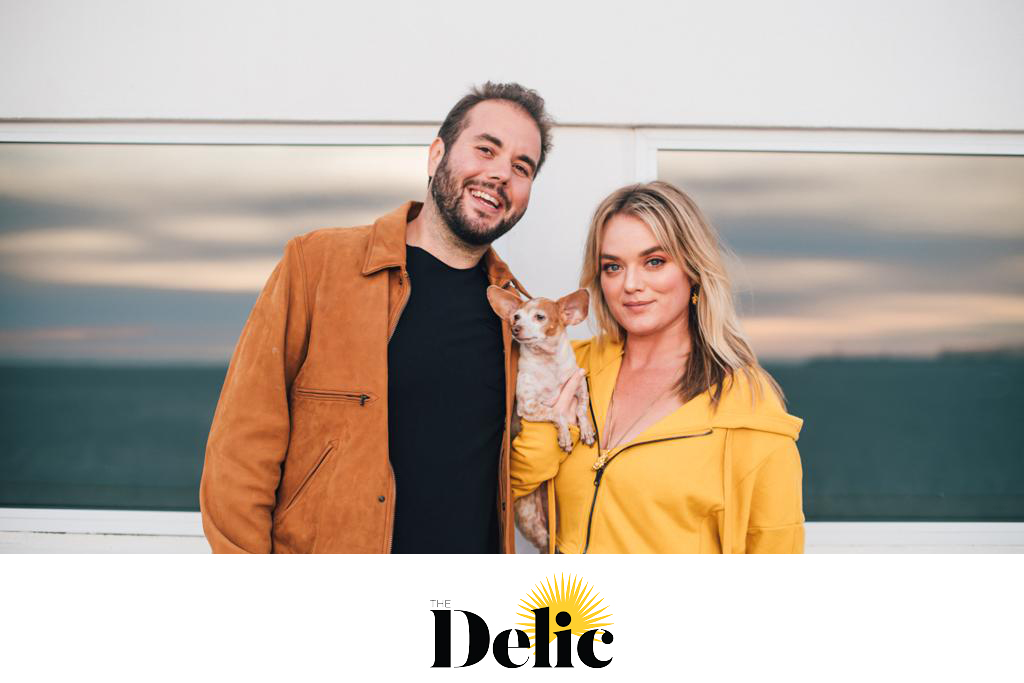 An Interview with Jackee and Matt Stang

As psychedelics are gradually overcoming legal hurdles to make their way to the mainstream, DELIC Corp, a psychedelic-focused media, event, and e-commerce company, is looking to connect people with their benefits.

Truffle Report recently interviewed the founders of DELIC corporation, Jackee and Matt Stang, the first-ever psychedelic wellness group, about the recent developments in the US, and the trend toward the decriminalization of entheogenic plants in American cities and states.

How would you define the new psychedelic renaissance?

Jackee Stang: I would define the new psychedelic renaissance as the glimmer of hope for culture at large. Considering the challenges that we face as a modern society, it’s about time for the psychedelic conversation to come back around.

Matt Stang: The psychedelic revolution is something that is about time. I would say that the mental health crisis that was already going strong pre-COVID has now gotten exponentially worse. I think having a safe and effective mechanism to help deal with mental health crises is probably the single most important thing that we can do, giving people access to substances that make them feel connected to the rest of the world, to each other, and to themselves.

Tell me the story behind DELIC

Jackee Stang: For me, it’s personally been brewing for 20 plus years, having a long-standing relationship with psychedelics. I’m a fan of exploring their many properties to help my personal wellness. DELIC was started two years ago after a trip to Burning Man 2018. If you haven’t been there, it can be very much a catalyst for change in a lot of people’s lives. We started DELIC because as interested parties in psychedelics, we saw the wonderful research that was being done and is still being done now in psychedelics to be used as mental health therapies. But there wasn’t one core entity that was speaking to what would be our “mainstream” audience. I consider myself to be an everyday person and there wasn’t any outlet where I could go and have conversations about psychedelic wellness. So, we started DELIC to be an answer for psychedelic wellness in the mainstream. We’re happy to be the first-ever psychedelic wellness corporation in this space.

What does ‘bringing psychedelic wellness to the mainstream’ mean?

Jackee Stang: When we talk about the word “mainstream”, we’re generalizing a large body of people that are aware of something, and/or talking about it or engaging with it. In my experience, as a part of a mainstream, psychedelics have always been a part of my life. It is a major part of millions of people’s lives. Unfortunately, you might call them the ‘underground’. In general, DELIC believes that life is a psychedelic. Our philosophy is that psychedelic conversations have been going on for thousands of years. Humans have always looked for ways to alter a state of mind and even hallucinate, sometimes. So, it’s already mainstream and we are here, pushing that agenda forward. We believe that psychedelic wellness is for everyone and the access needs to be open to everybody.

What kind of services does DELIC offer?

Jackee Stang: We primarily focus on education. We have also been listed on the Canadian Securities Exchange and have plans to enter different parts of the market in the near future. We are a repository of very experienced people in the business sector and our mission is to find very good ideas within the space and use our resources to nurture those ideas and scale them. With scale comes mainstream attention and access.

Matt Stang: Part of going ‘public’ has been creating a public structure and accessing public capital [that allowed us to] capitalize, scale and grow in the psychedelic industry. Having done this for almost 20 years in the cannabis world, there is a large scale growth coming. The acceptance curve [for psychedelics] is obviously exponentially changing. You have an entire state creating a legal mechanism to access magic mushrooms. You have 30-40 local governments who have decriminalized different entheogenic plants. You have this moment in time where a similar pathway that happened with cannabis is happening in the psychedelic space. What we see is an opportunity to help utilize our network effect. We have a website with a ton of traffic, social media, website, web series, and all of these things, we feel, have the capability to help build and scale businesses in the space and give people access to safe and effective psychedelic wellness. That’s where we see this going.

We see ourselves as a platform and a funnel to help connect interested parties with businesses in the psychedelic space. So, we’re in the midst of going through a process of due diligence and finding great ways to help entrepreneurs capitalize on a scale. That’s where we want to go into this business.

How do you think recent changes in Oregon and Washington DC will affect DELIC?

Matt Stang: I think it is going to be a very interesting new business. When you talk about a place like Washington DC, they don’t have the capability because of the federal oversight of the government to create a legal market. When you talk about Oregon, it’s a different story altogether. You’re going to have some very interesting models pop up and we want to be that safe space with a large amount of traffic that can direct people to safe legal psychedelic therapies, and also, the other components of the entrepreneurial spirit that come in as the state remove the failed war on drugs and allow a million ideas to flourish. There will be a ton of ideas coming out of it in the forms of retreat centres, clinical models, micro-dosing. There will be a lot of different aspects of the psychedelic world that have a ton of great science and a ton of energy behind them. We want to be the centre of a repository to push all those good ideas forward.

What are DELIC’s plans to expand in Oregon and DC markets?

Matt Stang: We have some really interesting ideas and interesting entrepreneurs we are talking to for launching there. We don’t want to put anything out since it’s premature.

How do you see traditional medicine, nonprofit entities, and psychedelic pharmaceuticals coexisting?

*I explained: I am not sure if you’re aware of The Sabina Project. It’s a BIPOC organization that works towards bridging the gap between the traditional ceremonies and the western world in the psychedelic space. This is where the question about traditional medicines and pharmaceuticals comes from.*

Matt Stang: Binary thinking is, regardless, a mess in the first place. I think that the binary dogmatic view leaves us with the same issues that we’ve had in this failed drug war. When you feed into that and buy into it, you create a binary nature, when in reality, medical marijuana created recreational marijuana, these substances have coexisted with human beings for millennia. I don’t believe that separating and segmenting serves any purpose other than getting them legally into people’s hands in a way that is safe and effective. The FDA regulates the dispensing of medical substances. Pushing medicines through the FDA is very important because it will allow people to safely and effectively access these really powerful substances. I think there is a very strong case to be made for wellness. The reason that microdosing has gone so big and silicon valley has among some of the highest performing companies in the world is because it’s a form of mental wellness. While some need it to heal from their trauma, there are many different reasons that people need psychedelic substances and to create a binary or oppositional force between them doesn’t do service.

Jackee Stang: We like to be pragmatic and believe in diversity of thought. We need to get outside the binary thinking and at least have conversations so that we can really evolve and change as species.

What are, if any, legal constraints in operating the business?

Matt Stang: We’re not doing anything that is contravening or breaking any rules. We are firmly under the first amendment rights to report on and give information about psychedelic wellness. Our business as of now, and into the future, will not break any laws. We are a part of the mainstreaming that is taking part in being the contravention of legal necessities. Going forward, we’re looking to change the laws that are wrong and operate within the newly correct law.

DELIC is looking forward to organizing a psychedelic wellness summit in 2021. What does the summit look like?