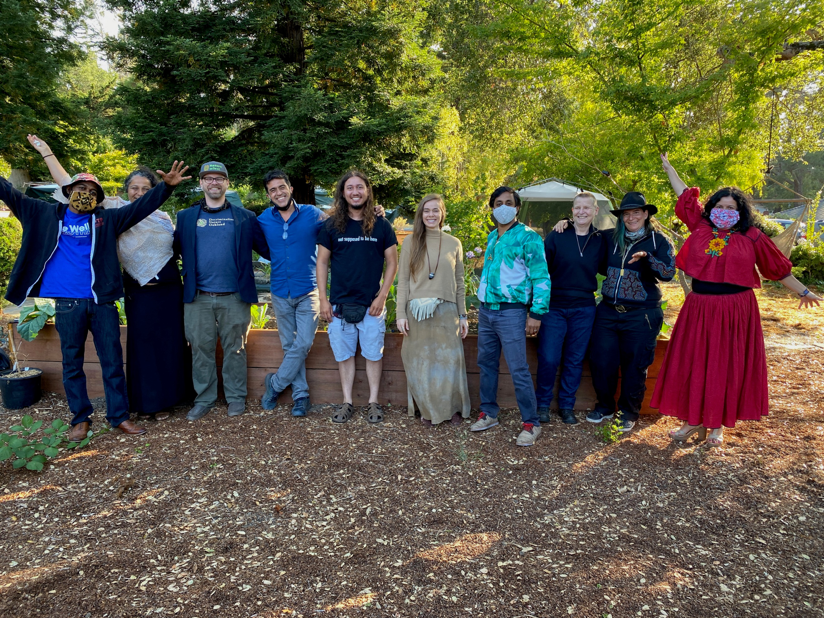 Decriminalize Nature has been at the forefront of the movement to change the legal status of entheogenic plants and fungi in the United States. Starting its journey in Oakland with a mission to end the prohibition of naturally-occurring psychedelics, the organization has persuaded five city councils and the capital district-city of the U.S. to make the possession and use of entheogens their lowest law enforcement priority in the last two years, inspiring a bigger push for decriminalization across the country.

To continue the momentum, the organization launched its first crowdfunding campaign on Saturday, seeking to raise $30,000 in the next 30 days. “Through the fundraising campaign, we have the opportunity to reach out and bring people to participate in the bigger movement,” Dr. Larry Norris, co-founder of Decriminalize Nature tells Truffle Report. Dr. Norris is also the co-founder and executive director of ERIE (Entheogenic Research, Integration, and Education).

The amount raised during the campaign will be part of the annual Decriminalize Nature budget of $147,000 that would help support the movement in at least 10 cities and five states, Dr. Norris shares. At the moment, there are at least 42 local DN groups across the country, all working towards ending criminal penalties against simple possession of psychedelic plants and fungi, and ensuring equitable access.

Decriminalize Nature has been pushing to deregulate entheogens, and encouraging local communities to take charge without the interference of big pharma and corporate patents. “Our whole model is about ‘grow, gather, gift’,” Dr. Norris says over a Zoom call. “The nice thing about nature is that it’s not patentable,” he adds.

In the meantime, Dr. Norris emphasized the importance of local cultures to the organization. “To re-build that culture together in community, we have to make sure values stay within the community, and not get extracted by venture capital.” The Oakland Community Healing Initiative (OCHI) is one such resolution that would protect local micro-businesses, support community-based ceremonies, and create local jobs/business opportunities. The initiative is awaiting approval from the State of California.

A part of the funding will be dedicated to public health research and scientific/observational studies to see how the use of psychedelics has impacted the lives of those locals where entheogens were decriminalized in the last two years. “Anecdotally speaking, we’re having better ceremonies, a lot more people are coming to ceremonies, people are educating each other,” Dr. Norris says.

“Hopefully, we will be able to get some research data from people and from the communities that have been decriminalized,” he continues. “It’s a part of OCHI to build in a public research component.” Approaching the potential data from a different perspective, Dr. Norris shared that the research could explore overall betterment in life, relationship aspects, and health and wellness rather than being limited to the clinical methods of diagnoses.

California’s psychedelic decriminalization bill, sponsored by Sen. Scott Wiener, is scheduled for a hearing before the state Senate Public Safety Committee on April 6. Besides that, Michigan is looking to introduce state-level bills in the coming months.

Dr. Norris shared that Decriminalize Nature teams are also in the process of introducing resolutions to council members of cities in New York, Alaska, Connecticut, Montana, Pennsylvania, Colorado, Massachusetts, and Washington. The City Council of Northampton, Massachusetts will be voting on their local resolution this week.

While DN continues to aim high and expand the movement, Dr. Norris says, “As these models are moving forward, it’s really important to protect access to everybody, it’s important to build local culture, it’s important to reconnect with nature and remind each other that we can grow these plants and share in community.”

Elsewhere in the country, lawmakers from multiple states have introduced similar drug policy reforms. In March, a New York lawmaker introduced a bill to decriminalize psilocybin, while a Rhode Island state senator put forward a proposal to decriminalize possession of all drugs. So far, state-level bills have been filed in Texas, Massachusetts, Kansas, Washington State with some aiming to decriminalize all drugs —or just entheogens— while others look to create frameworks for legal psychedelic-assisted therapies, or to allow state health authorities to study the benefits of psychedelic substances.