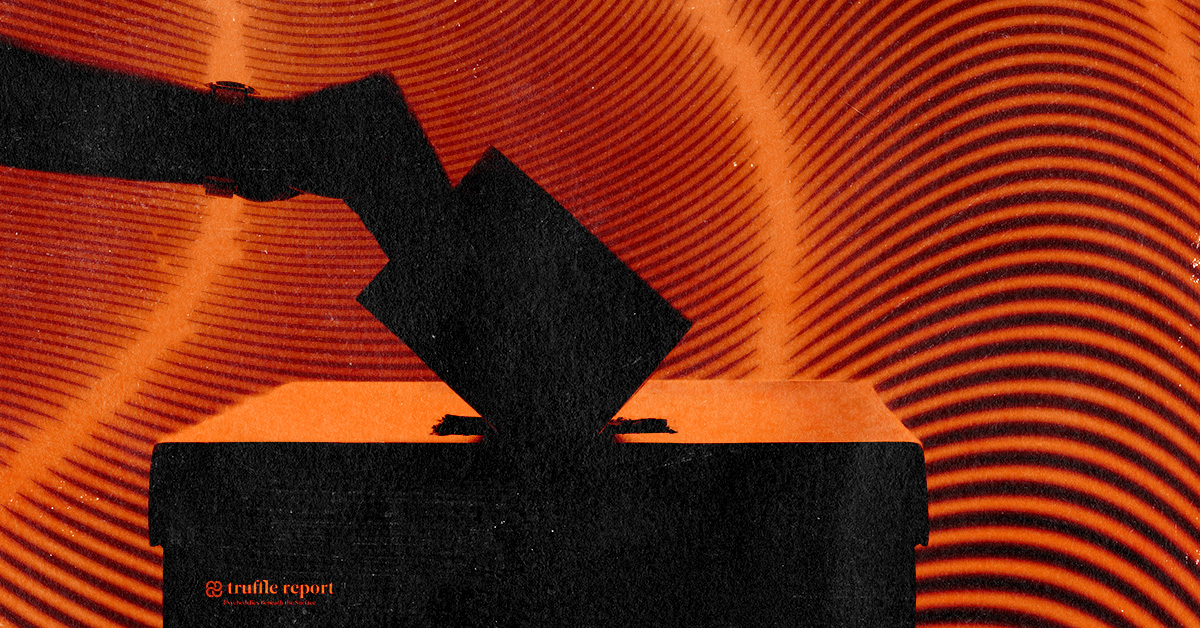 A California-based group is working on legalizing psilocybin, and establishing a regulatory framework for the sale and cultivation of the substance through a 2022 ballot movement that would change current laws on magic mushrooms in the state.

Decriminalize California — the advocacy group leading the ballot initiative — received approval for its ballot petition from the state attorney general’s office in September, allotting an official title and summary to the proposal. The organization is now working towards gathering the necessary number of valid voters’ signatures before March 15, 2022, to qualify it as a ballot measure.

A statewide citizens initiative in California usually requires signatures from at least 5 percent of the total votes cast during the last gubernatorial election, which is currently 623,212 for a qualifying initiative statute.

California Psilocybin Initiative 2022 would legalize “personal, medical, therapeutic, religious, spiritual, and dietary use” of psilocybin mushrooms for individuals aged 21 and over. It would also allow “cultivation, manufacture, processing, production” of mushroom edible products and extracts of psilocybin.

The first is simply that supporters can print and sign the initiative, and mail it to the address mentioned on the petition sheet. “The second type is our volunteers go out to events like farmers markets, music festivals, and film festivals where they know there’s going to be a lot of people that like what we do. We also set up brick-and-mortars at locations like coffee shops or car-washes that are open to the public about this initiative. We leave a series of clipboards with blank petition sheets and instructions to fill them,” Munevar tells Truffle Report. “

The third is swinging by neighbourhoods that we know would be inclined to vote. For example, spots like Ocean Beach, and Venice Beach are good spots to do mailers.”

With about 170 days until the deadline, Munevar shares that although it is hard to put a number on the signatures received within the first two weeks — particularly considering the procedural hurdles to verify those signatures — it has been fairly easy to get people on their side. “You only have to say three things to people out there: ‘decriminalize magic mushrooms’, and they’ll stop and turn and start talking to you,” he tells Truffle Report.

The first attempt to decriminalize psilocybin in California began in 2017 when Monterrey-area medical marijuana advocate and politician Kevin Saunders filed a ballot initiative with the state attorney general. It tanked.

For Decriminalize California, their original draft proposing the decriminalization of psilocybin “by its truest definition” was formed in December 2018, even before Denver set the precedent for municipalities with its decriminalization efforts. Shared publicly as an open-source Google Drive document, the first draft initiative suggested removing any reference to psilocybin or supposed related crime from the California Health and Safety Code laws.

As the second draft came in, Munevar tells Truffle Report, “We started looking at what the possibilities would be if there was to be a regulated market. How to do it without screwing it up the same way it got done with cannabis in California?”

The cannabis legalization model, Munervar explains, “is very chaotic.” He pointed at the overtaxed and overregulated cannabis market full of bottlenecked licenses, permit requirements that proved counterproductive, and a “considerable amount of money went right into the black market, and continued to fuel that.”

By the time Decriminalize California formed the final draft, which they dub version 4.6 and which was submitted to the State, they had gauged aspects such as analytical lab testing for psilocybin, psilocybin mushroom distributors, retailers, and taxes among other commercial activities to avoid the type of discrepancies and inefficiences they say exist in the California cannabis industry.

In all, the language of the proposal suggests protection for personal use, and cultivation of magic mushrooms for non-monetary sharing, or a “barter system” as Munevar describes it. It will also stipulate that the state “shall allow research into the therapeutic and medical application” of psilocybin and psilocybin mushrooms.

So what changed from 2017 to the present day for magic mushrooms? Beginning with Denver, and followed by cities like Seattle, Washington and Ann Arbor, Michigan, the status of psilocybin mushrooms is changing, moving from illegal drug to recognized mental health treatment used in a therapeutic setting.

What’s different from all the psychedelic movements, and potentially controversial, is the suggestion to regulate the sales of psilocybin mushrooms, which is also a reason why the advocacy group dropped the word ‘decriminalize’ from their final draft initiative. The proposal would require the California Department of Food and Agriculture and the California Department of Public Health to create a legal framework for retail sales of psilocybin.

“As far as for the private citizen it’s perfect decriminalization. And then the one grave error they make is if they start selling it, that’s when it becomes a felony,” Munevar says, continuing, “We know they’re going to do that anyway, so let’s honestly turn on a profit market.”

The group came up with a logo for a Universal Psilocybin Symbol that all psilocybin product packages for retail sale would carry. In accordance with food and drug laws, contents and product composition would be clearly indicated. The ballot initiative suggests no excise tax on retail psilocybin, while certain product packages would have local sales tax.

The language defining tax regulations and a state-regulated psilocybin mushroom market brings the initiative closer to legalization. “We’re still technically listed as ‘Decriminalize California’ as an organization with all our records, but we’re going to drop the ‘decriminalization’ bit and go with California Psilocybin Initiative 2022,” Munevar says.

Complicating the name change is the fact that the attorney general’s office assigned the title as ‘Decriminalizes Psilocybin Mushrooms. Initiative Statute’ to the proposal. However, the summary acknowledges the initiative for proposing ‘retail sale of psilocybin mushrooms’.

Under the initiative, changes to laws around personal possession of psilocybin would be implemented on January 1, 2023. Retail sales would then come into effect on April 19, 2023 — Bicycle Day.

Meanwhile, the concurrent Senate Bill 519 — proposing to decriminalize psychedelic substances including psilocybin, MDMA, DMT, and mescaline, among others — will be discussed when the California legislature reconvenes in January 2022.

If the bill becomes a law by September 2022, while the citizen ballot also gets approved via voting in November, the ballot would “technically override the limits for psilocybin” proposed in SB 519, Munevar says.

While the State of California is easily the largest political entity in the U.S. to attempt these reforms around hallucinogenic substances, it is far from the first.

In individual cities within California such as the progressive enclaves of Oakland, Santa Cruz, and more recently Arcata, legislation decriminalizing entheogenic plants and recognizing the potential benefits of psychedelic drugs is becoming increasingly common.

The University of California’s San Francisco campus is also home to the Translational Psychedelic Research Program, or TrPR.

Outside of California, laws around the possession of psychedelics changed radically state-wide in Oregon in November of 2020 with the passing of Measure 109.

Since then, drug policy bills and decisions making social sharing or personal possession of psychedelics the lowest law enforcement priority, recognizing individual rights to use doses of psilocybin for religious ceremonies, or encouraging research into the medical potential of entheogenic plants have become increasingly common, though legislation directly addressing the sale of psychedelics is still unusual. Black or grey market dispensaries and other psilocybin mushroom businesses have proliferated as a result.

In academic settings such as San Francisco’s TrPR or the prestigious Johns Hopkins University, the therapeutic potential of these psychoactive mushrooms, and other substance such as lysergic acid diethylamide, are being studies for their utility in mental health care and medical treatments for conditions ranging from depression to Parkinson’s Disease.