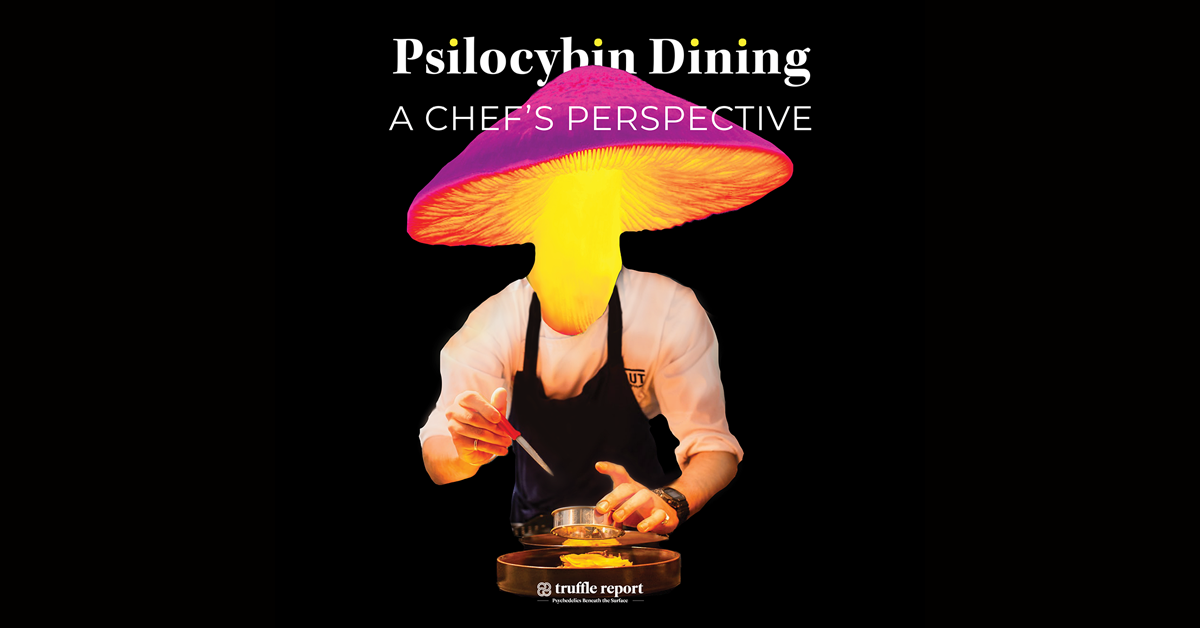 The concept of psilocybin microdosing has been gaining traction as a more widespread and accepted means of self-medicating for issues such as anxiety and psychological trauma. I recently found out that a chef I know has been planning to apply his culinary skills to make psilocybin chocolate for exactly this reason. Having been a chef myself for many years now, I was left to wonder: How many different ways can you incorporate psilocybin into a snack or a meal? Could I just add magic mushrooms to my favorite recipes?

In order to settle this matter, I reached out to my friend for an interview — we’ll call him Sammy.

The Proper Dose When Cooking With Mushrooms

No matter which form you choose to consume your magic mushrooms, the first steps to consider will always be extraction methods and dose management. Believe me, the two are linked.

Even an experienced consumer of psychedelic mushrooms in their dry, whole form will need to employ certain mathematical considerations when transferring psilocybin into a new edible vessel. Not only is this necessary to maintain a microdose quantity of the psychoactive compound, it is doubly important when preparing foods for different people with varying levels of experience with fresh shrooms.

For Sammy, this is a consideration in how he plans to produce his chocolate. Commenting on the most effective way to integrate psilocybin into his confectionary, he points out that within the whole, fresh mushroom, “there are more concentrated patches…it’s not evenly dispersed, so once it’s in a powdered form…it’s a more even distribution of psilocybin.” He adds that in some instances the difference in psilocybin distribution in whole, fresh mushroom compared to powdered may be negligible but this is still the way he intends to keep the potency of psilocybin within his doses consistent with one another.

It should go without saying that in most cooking methods, heat and heating times play a very important role. In the absence of any hard studies, it has been a matter of debate whether or not high or even medium heat will degrade psilocybin potency in edibles. In an online Q&A, authors of the Psilocybin Chef Cookbook Virginia Haze and Dr. K. Mandrake argue that there may be some truth behind claims of heat degradation, but they did not notice much tangible reduction in psilocybin potency when making shroom tea, or delicious recipes for baked goods. Still, it may be best to start at medium-low heat.

Utility in Psilocybin Solubility: Magic Mushroom Powder In Your Recipe

The simplest method for adding magic mushrooms to foods such as baked goods is generally just to use a food processor, coffee grinder, or clean spice grinder to turn fresh mushrooms into mushroom dust or powder. While direct and often very effective, this approach may result in accidental heroic doses. More subtle methods tend to yield better control.

Unlike cannabis, in which THC and CBD can be readily extracted into fat, psilocybin is water-soluble. The phosphate group attached to psilocybin molecules make them polar (containing both negative and positively charged poles) and easily able to bind to water molecules, which are also polar. Once consumed and digested by the body, this phosphate group is removed and what remains is the lipid-soluble psilocin. This means that in their raw form, psilocybe mushrooms are best introduced into water-based culinary techniques, the most commonly practiced of which is mushroom tea.

Solubility is already a consideration in cookery. For example, it is helpful for chefs to know that Vitamin C and B-complex vitamins dissolve more readily in water than other, lipid-soluble vitamins. This principle encourages a cook to consider how long a vegetable should be cooked in water, how much water should be used and how intense the boil should be in order to enhance or minimize vitamin extraction, also known as leaching.

In our interview, Sammy mentioned to me that he had previously used cold-steeped tea in order to microdose. When I asked him how he maintained a microdose quantity of psilocybin in his tea, he replied “Usually what I do is just put a certain amount in a 1-litre [container] to cold-steep it overnight.” This method allows him to control the concentration of the psilocybin in his tea. Although he didn’t mention it, his process also considers temperature and time in steeping — which, when applied to the aforementioned principles of vitamin leaching, may also make his brew more suitable for a microdose.

Extracting psilocybin into water may even have more applications than just producing tea. In theory, it can be applied to any culinary preparation involving water. By using an ice cube tray, a psilocybe cook may even be able to maintain a supply of psilocybin bouillon cubes to use at their convenience.

Psilocybin and the Possibilities of a Direct Approach

For edibles, such as Sammy’s chocolates, a water-based preparation will not do. Since psilocybin does not bind readily to lipids, the most straightforward option is to apply it directly to food either whole or as the aforementioned magic mushroom powder. When asked why he prefers to add his powdered psilocybe to chocolate, Sammy answers, “the chocolate provides the same musk, the same bitterness and that same richness that a mushroom would.” Simply put, it can mask the taste of mushrooms.

Thinking beyond chocolate, Sammy continues, “I would say there’s an avenue for just about anything you would find regular mushrooms in,” adding that he would enjoy using the ground mushrooms as a seasoning for potato chips even though he hasn’t done so yet. As a powder, the possibilities with psilocybin are many — and we agree that it could be added into a compound butter and served over steak, as just one example.

“I would love to try a mushroom duxelles,” he laughs. Of course, all of these ideas require extra planning to make sure doses are safe and consistent. In the meantime though, they’re a lot of fun to think about.

Disclaimer: The considered uses for psilocybin discussed here are based on anecdotal discussion and are not substitutes for actual medical, scientific, or legal advice.

Note On Safety: Anyone experiencing adverse effects of psilocybin is encouraged to contact Fireside Project during their mushroom trip. Full details here.

Update: For more information on psychedelics and eating, check out Truffle Report’s Tripping on Food: What to Eat With Caution

Sean Lea is the former chef of Eulalie’s Corner Store and Bodega Henriette King, in Toronto. He currently writes about his adventures in cooking and food on his blog, Grub Media.