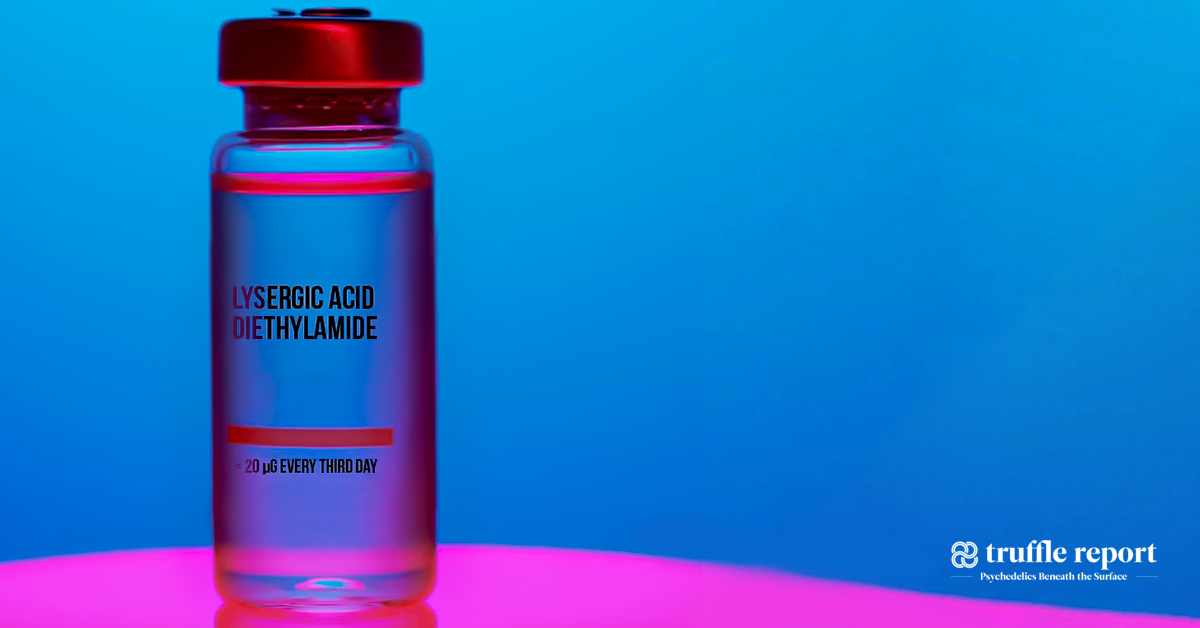 A few months ago, a self-blinding study published in eLife made headlines for its findings on microdosing. Researchers from Imperial College London concluded that anecdotal reports of microdosing LSD produced effects that were not markedly distinguishable from a placebo. Meanwhile, a parallel study gave credence to microdosing LSD’s potential as a painkiller, offering room for doubt and sparking a more detailed discussion among detractors and advocates of the practice.

“The whole placebo thing was a great headline more than anything, and the long and short of it is it was a self-reported, self-dosing study. This was not a double-blind, clinical, randomized trial,” says Adam Bramlage, microdosing coach and founder of Flow State Micro.

Bramlage continues by stating that instead, he’d pay attention to The Beckley Foundation’s research at Maastricht University, which indicates that LSD microdoses could be as powerful as opiate-based painkillers. “The other thing that’s important to talk about in the microdose scene is we’ve only got one or two studies and a few are underway. Everything else has been reported anecdotally, and through citizen scientists,” he adds.

Bramlage will be joined by Dr. James Fadiman, the renowned author of The Psychedelic Explorer’s Guide, along with the founder of Fireside Project, Joshua White, at a Clubhouse Event discussing microdosing as a placebo on June 16.

The majority of current scientific studies are dedicated to understanding macro doses of psychedelics including psilocybin, MDMA, and LSD for treating mental health issues. Besides hearing about Silicon Valley trends and a few papers based on collected anecdotal and self-reported experiences, there is little formal scientific discussion about what microdoses do to the brain.

That said, thousands of anecdotes can’t be dismissed out of hand, and hint at the need for a more systematic inquiry.

These practices are also the bread and butter of an emerging industry in its own right.

“I think this conversation highlights the need for more funding for research into psychedelics. This amazing book that Dr. Fadiman came out in 2011 and we still don’t have peer-reviewed, double-blind, placebo-controlled studies [on microdosing],” White tells Truffle Report.

Microdosing and the Psychedelic Helpline

“One of the things I noticed during the first couple of months of the launch of the Fireside support line is that we received a significant number of calls from people who had thought they were going to be microdosing and ended up taking a macro dose and needing support,” White says.

Bramlage, who has spent the last 15 years busting myths and re-educating people on cannabis, emphasized that a similar kind of education is required with psychedelics.

“What we want to get across to you is microdosing is not a magic pill,” Bramlage says. “A lot of people come in, and they expect the most life-changing breakthrough experience in the large-dose journey. With the lack of education, that same expectation has shown up in microdosing,” he adds.

White and Bramlage emphasized that microdosing psychedelics may work as amplifiers for emotions. This means that if the user is dealing with deep grief or loss, the dosage is going to amplify it, which is why it is important to understand the efficacy and usage of psychedelics.

Starting low and slow was Bramlage’s advice. “With psychedelics, you can always take more, but you can never take less,” he says. “If we teach people to be careful, and to know their dosages, to record them, to journal them, then we’re going to have a lot fewer people that need to call Fireside Project.”

“In a perfect world, Fireside Project wouldn’t need to exist,” White says. Until then, he added, the collaboration between Fireside and Flow State Micro would help to educate individuals interested in microdosing.