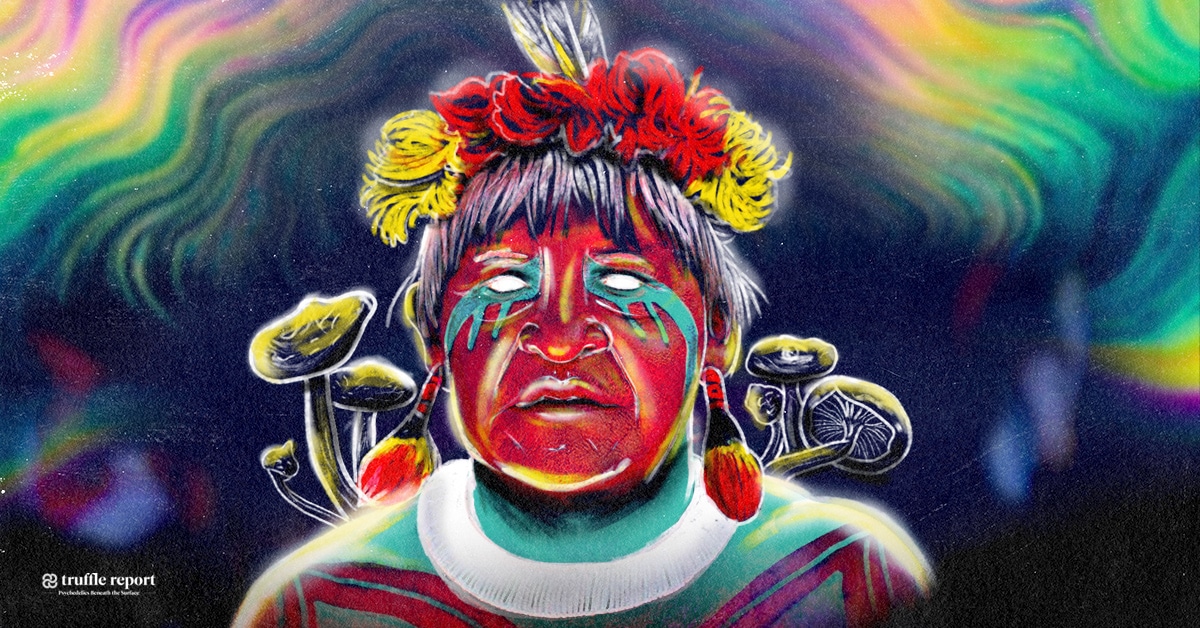 With the globalization of psychedelics — also being called the ‘Psychedelic Renaissance’ — attitudes toward hallucinogenic substances are rapidly changing. While researchers see the potential for treating mental health issues, now reaching new extremes since the onset of the pandemic, investors and corporate firms look to these plants and compounds as another ‘cannabis-like’ business model. Amid all this, what’s frequently omitted is the acknowledgement of psychedelic roots, and ancient knowledge coming from indigenous communities.

A non-profit organization based in California has started an initiative to bridge that gap, encouraging reciprocity for knowledge and experiences.

Chacruna Institute launched a website for its project — Indigenous Reciprocity Initiative of the Americas (IRI) — on August 10 to ‘foster a relationship of reciprocity between the expanding industry in the Global North and Indigenous peoples. The program would work as the centrepoint to connect businesses, foundations, and private donors in order ‘to address disparities stemming from the globalization of psychedelic plant medicines,’ the press release says.

“The idea of reciprocity refers to the society in flux. It’s a constant state of perpetual reordering and connecting this dynamic imbalance of every moment and in the pursuit of collective well-being,” says Joseph Mays, IRI Program Director. “It’s not like an equal exchange, it’s a constant process of balancing,” he tells Truffle Report.

The initiative brings 20 grassroots organizations from South, Central, and North America to a single platform, helping them with direct donations for their “most impactful work” at a grassroots level. Chacruna in its press release writes that although local organizations do harder jobs, they find it hard to access donations “given to large NGOs” due to infrastructure costs. It curates a network of organizations that have been working to address issues ranging from environmental reforestation, food security, water security, land tenure, to psychoactive plant medicines.

“Everybody recognizes that there’s a crisis, that Indigenous communities need support, and that the environment needs to be cared for the same way that it cares for us. And so the question is, how do we use our resources? And how do we address this issue that everyone recognizes?” Mays asks.

“I think it’s important for everyone to consider the idea of reciprocity, even if you feel like you’re not directly extracting something from Indigenous peoples,” Mays says. “Capitalism and all of the businesses that operate within that structure are extracting from the natural world and from the Global South, especially, so there’s no escaping that relationship,” he adds.

So far, the IRI initiative has raised $60,000 for local organizations during its launch. The site lists a number of founding Western donors including ATAI Life Sciences, Numinus, and Dr. Bronners. The donations would be distributed evenly, discounting an administrative fee of 7.5 percent to Chacruna Institute.

“It’s not just about donating. It’s also meant to be a bridge and build lasting relationships, create a growing network, and hopefully aid the communication between Indigenous groups and organizations because they all face similar challenges,” Mays tells Truffle Report.

Chacruna looks at this initiative as a response to an urgent and immediate need to address gaps at governmental and institutional levels. “The IRI program isn’t a perfect solution to that. But it provides one unified pathway to be as impactful as you can be, in a certain sense, because it’s designed as a ground-up initiative,” Mays says.

The program is hoping to raise $250,000 within the first six months.