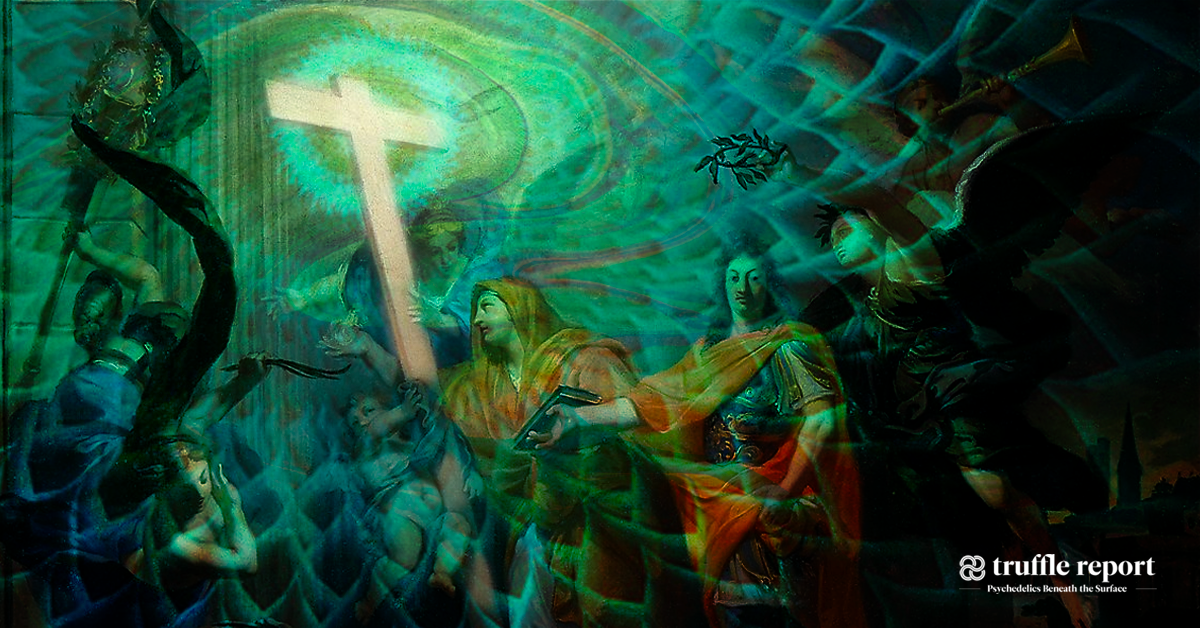 Ceu de Toronto, a Santo Daime church known for using ayahuasca during its spiritual healing rituals, has reason to celebrate. It’s been almost two years since a legal exemption granted them permission to use psychedelics as part of their religious practices in Canada. The church is one of the six religious groups so far to have received the special grant to practice their sacraments without legal intervention.

As the Santo Daime religion continues to attract attention with its international expansion world, Truffle Report got in touch with Owen James, founder of Ceu De Toronto, to discuss his journey since the exemption was granted, and to ask how the church is holding up during COVID-19.

The first contact with James was a little odd. “Call me tomorrow. If it is raining, then I will have time to talk,” James said when I queried on his availability. Luckily, it was pouring heavily the following day. We had our conversation.

“We have been here for 20 years, and now that we are legal, it has been wonderful for us,” James says. “It comes with certain regulations which are not difficult to follow because that’s how they [Health Canada] want us to do it… and it is always good to be true and know that we are bringing our sacrament legally, not hiding anything,” he adds.

Ceu de Toronto was the fourth church to be exempted by Health Canada in 2019 for the use of Daime tea, which is a brewed sacrament obtained from ayahuasca and chacruna leaves. James shared his confidence and conviction in having the right to practice Santo Daime spirituality, and in providing people with a choice in following their own spiritual path. He says having the law on his side has helped him with his cause.

James says, “This is [the] up and up of being legal. It allows people to come and not feel so worried that their boss might learn they are coming to something like our ‘Work’. It is peace for people’s minds and that’s how it should be.” He refers to the ayahuasca ceremony or rituals as ‘Work’.

“We call it ‘work’. Why a ‘Work’? Because you work,” James emphasizes. He goes on to explain the implication of the word ‘Work’, saying, “We help people to work and change their lives. They begin to learn how to love, how to forgive and how to free themselves from grief.” They are freeing themselves from judgement, sadness, aggression. It allows people to find more emotional freedom.

“Everybody has to have an interview. Nobody comes without an interview,” James says rather bluntly. Since the church is a place to help realize spiritual journeys, it screens out people with serious mental health issues to ensure the safety of both the participants and church members. “If anyone has any kind of mental breakdown or psychotic episodes, they are not allowed to come,” he tells Truffle.

Making the church’s stance clear, James adds, “We are not here to do psychological therapy with people who are having a difficult time. We do allow people with addiction or who are depressed because it does help them to get off the medication.” The church also does background research on prospective members’ medical conditions, and related medications, before making a decision.

“We expect the person to be truthful and tell us about their condition,” James says when asked if Ceu de Toronto requires written notes from doctors. He said that the church has been fortunate in these situations, and never had an individual lie about medical problems.

There is no fixed fee for membership in Ceu de Toronto. However, “everybody is asked to make a donation because everything costs,” James says. There is a recommended donation amount of $85 for most Works. The church doesn’t have a policy of turning away people seeking spiritual peace, regardless of financial considerations.

At this moment, the church has limited its intake to not more than twenty participants per Work, or in the core sessions between 12 and 15 participants because of the COVID regulations. It used to host 50 people at once but now only 30 percent of the number is allowed, which may change with change in COVID regulations.

While the church conducts a screening process to make sure that both the participants stay safe during the Work, it also places emphasis on the training of its practitioners.

Like a screening interview for participants, there is also a set of strict guidelines to qualify for the position of practitioner, or guardian. James points out that the practitioners at Daime Church are different from Shamans who conduct ceremonies in Peru. He says, “the person has to be a part of the Daime for a certain amount of time. For some, it may take 2-3 years, for others 3-6 months.”

As a part of the Work, practitioners conduct ceremonies for men and women in separate groups in the same room. Both groups are seated on opposite sides of the room. There is always at least one guardian assigned to each group in all Works.

The guardians are trained to be open-minded, compassionate and sensitive towards the participants during a Work. “The training process never stops. It is an ongoing process of learning love and compassion for the guardians,” James says.

What’s Next for Ceu de Toronto?

As the church is coming close to its two years of legalized practice, it will have to go through the process of renewal with Health Canada. “As far as we know, we have done everything properly and I hope there will be no problem,” James says. However, Brazil has closed its borders to the export of ayahuasca sacrament. While they are waiting for international distribution to begin again, James says that they have started giving a smaller amount of sacrament as a token, as supplies are low.

The sacrament, brewed from ayahuasca and chacruna (leaves and vines), is prepared in Brazil and imported in Canada by the churches through special federal exemptions. Daime tea cannot be brewed in Canada.

“We are in a waiting game. We are waiting for them to open the door. We hope the Brazilian president calms himself.”