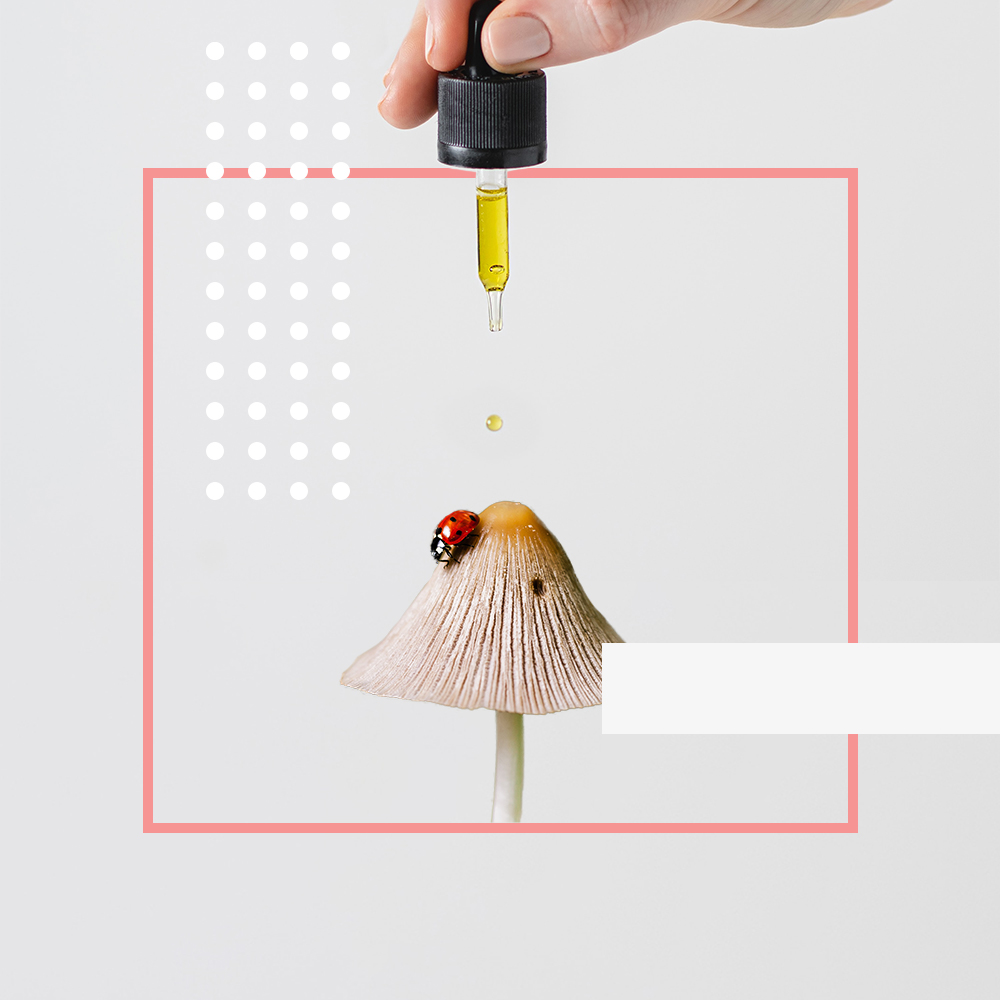 CBD and Psychedelics: Interactions and Research

In recent years, both psychedelic drugs and cannabis have made incredible progress. The legal landscape is rapidly changing. CBD products may be more popular due to the lack of effects associated with THC, the primary psychoactive component of cannabis. Both CBD and psychedelics show promise as therapeutic tools, and are being increasingly incorporated into personal wellness routines as the market for plant-based consumer products grows. Truffle Report decided to look deeper into the combination of CBD and psychedelics. How do they interact and coexist, and what potential could they have when used together?

Cannabidiol, or CBD, is an oil extract from the cannabis flowers or leaves of Cannabis indica or Cannabis sativa. Its better-known partner is THC, or tetrahydrocannabinol, the active ingredient that makes a person feel a mind-altering or “high” effect. According to a report from the World Health Organization (WHO), “In humans, CBD exhibits no effects indicative of any abuse or dependence potential… To date, there is no evidence of public health problems associated with the use of pure CBD.”

CB1 receptors are present all over the body and particularly in the brain. They coordinate pain, emotion, mood, movement, thought, memories, and other functions. CB2 receptors are more present in the immune system, and they affect inflammation and pain. THC works through CB1 receptors leading to its high psychoactive effect. CBD gently stimulates CB2 receptors while acting as an antagonist to the CB1 receptor. CBD can stimulate receptors outside the endocannabinoid system, which help to decrease pain, depression, and anxiety. That’s why THC is psychoactive, and CBD is believed not to be hallucinogenic.

In Canada, it is legal to sell cannabis and its derivatives. The European Union authorizes the sale of CBD derived from hemp (which is a low-THC variety of cannabis) but not from marijuana (which has high-THC cannabis). In the United States, the Farm Bill legalized the production of CBD from hemp under certain conditions in 2018. The U.S. Food and Drug Administration (FDA) also approved the first cannabis-derived pharmaceutical Epidiolex (cannabidiol) for certain rare childhood seizure disorders in patients two years of age and older in 2018.

Since CBD provides a calming, almost sedative effect, it can help a person come back from to reality from a psychedelic trip more gently. CBD can help patients undergoing psychedelic therapy relax while on a trip, as well as to avoid nausea and anxiety.

Some anecdotal reports on Reddit suggest that the combination of CBD and LSD “definitely takes the edge off of LSD without decreasing the magnitude of the trip.”

Another user wrote, “I definitely believe it can help calm the nerves during a difficult phase of a trip. I’ve had instances where I was close to freaking out, but vaping some CBD helped get over it. Not sure if this was a legitimate effect or a placebo that tricked my mind.”

The most common combinations of these substances are CBD and psilocybin, or CBD and medicinal mushrooms. Mushrooms and CBD have anti-inflammatory properties without side effects associated with prescribed medications. Both of them also have antioxidant properties.

The Miller School of Medicine at the University of Miami (UM) is funded by a $1.6 million grant from the Toronto-based psychedelic research company Tassili Life Sciences for the purpose of studying the combination of psilocybin and cannabidiol (CBD) for treating and possibly preventing symptoms of mild traumatic brain injury (mTBI) and post-traumatic stress disorder (PTSD).

“Mild traumatic brain injury, especially concussion, is an important cause of morbidity in the United States and in the world today,” said Michael E. Hoffer, M.D., UM professor of otolaryngology and neurological surgery in the press release.

According to the Centers for Disease Control and Prevention (CDC), TBI contributes to the deaths of 56,800 people annually, including 2,529 deaths among children.

“Our goal is to develop a prescription pill with these ingredients that treat mTBI and PTSD,” he said. “This is a new and increasingly exciting area. Adding this project to the school’s portfolio allows us at the University of Miami to stay on the cutting edge of modern research.”

“With this new grant with Tassili, we have the opportunity to explore a combination therapy that might treat the traumatic brain injury as well as the PTSD,” he continued.

The researchers already use animal models to test the effects of orally administered psilocybin and CBD on mTBI and PTSD.

“We hope to complete the proof-of-concept basic animal studies in the next 9-12 months and then move on to a parallel investigation to determine optimal dosing and timing. Then, we plan to move to a human study, hopefully filing with the FDA early in 2021,” Dr. Hoffer said.

If the two compounds are found to work well together, they may offer help and relief to military veterans who suffer from traumatic brain injuries and PTSD.